Fighting the gender gap in STEM disciplines with WiMLDS

We interviewed Claudia Volpetti, co-founder of the Milan section of the Women in Machine Learning and Data Science organization 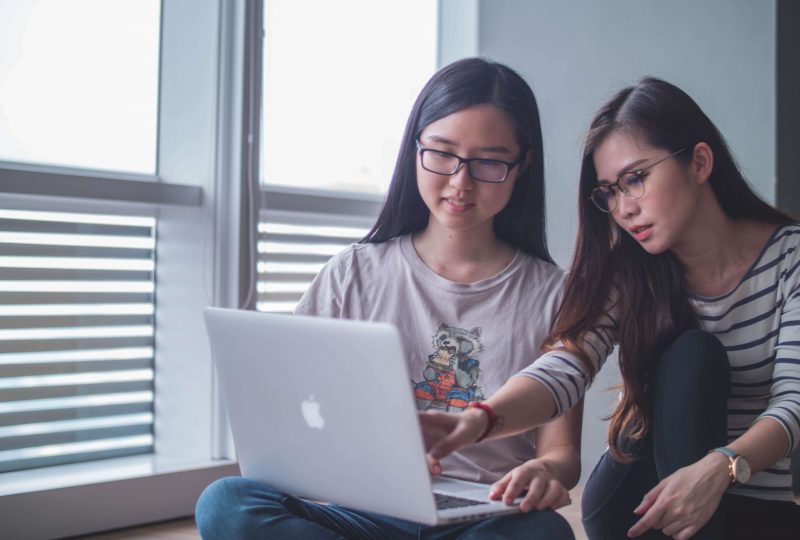 In Italy, the gender imbalance in the world of work is still a widespread phenomenon and the gap increases further when we enter the so-called STEM disciplines (Science, Technology, Engineering, Mathematics). In these sectors, in Italy as in the rest of the world, the percentage of male graduates exceeds that of women, a factor that is inevitably reflected also in work. To bring young students closer to scientific subjects, Impactscool brings the woMEST format throughout Italy, the first traveling national laboratory to promote girls’ orientation towards STEM disciplines and careers.

With a very similar aim, Women in Machine Learning and Data Science, WiMLDS, an organization that works all over the world to support and promote women who deal with these issues in various ways. In 2018 the local branch of the organization was born in Milan thanks to the commitment of Claudia Volpetti and Carlotta Orsenigo, respectively a PhD student and professor of the Milan Polytechnic.

On the International Day of Women and Girls in Science, established by the General Assembly of the United Nations and celebrated on February 11th, we interviewed Claudia Volpetti, to talk about WiMLDS and gender equality in the STEM disciplines.

Let’s start from Women in Machine learning and Data science, what can you tell us about it?

It is an international organization whose mission is to promote and support female researchers, professionals and students in the business world who deal with machine learning and data science. We organize events in which specific topics are explored, but also beautiful networking opportunities are created.

After the first experiences in the United States, an international community, divided into chapters, of the local sections was set up by the organization. In every city those interested have the opportunity to organize meetings and it is exactly what we did in Milan starting from last year. Just in 2018 there was an exponential growth of the chapters of WiMLDS in the world: 25 new ones were born and now we have reached 39 in total, for over 21,500 members

I think it is due in large part to the attention at world level around these issues: the low presence of women in work and research in science and technology is a widespread phenomenon, on which in the last period a certain sensitivity has been created.

Let’s talk about the Milanese chapter…

In Milan we are present, as mentioned, since the beginning of 2018. Our Chapter was founded by me and Carlotta Orsenigo, professor of the Milan Polytechnic. We organized the first event last September and we immediately received an excellent response from the public. Now in February we have the second appointment and we hope that the interest shown for the first meeting will be confirmed. The feeling is that there is a lot of interest, enthusiasm and participation: there have been many requests for collaboration including the one with Google, with which we have already scheduled an event for May.

How are the meetings held?

There is a more “training and updating” part, in which a theme linked to Machine Learning and Data Science is analyzed, through the intervention of some speakers specialized in a specific sector. Then there are moments of confrontation and networking between the participants. What I want to emphasize is that our meetings are open to everyone, they want to be inclusive and not exclusive.

So, they are not reserved for women?

No, on the contrary there are no limitations of any kind for the participants, both from the point of view of gender and in terms of training and background: we try to address the topic in an accessible way even for non-professionals. The meetings are held in English, just to be able to include an international audience: many researchers, experts, but also students and fans of these issues, even in Milan, come from abroad. The added value of these events is having different people and voices: we believe that diversity is really that extra quid, which is often lacking in the work context.

Who attended the first meeting?

One of the most beautiful surprises was the variety of people who participated, both for age and for the background. It has created a really good opportunity for networking and contact between the academic world and companies: many recruiters have also come, there is a problem in terms of human resources for the Machine Learning and Data Science theme and therefore there are many companies on the constant search for figures with skills in this area. And finding women is even rarer.

So now you’re at work on your second date?

Yes, it’s scheduled on February 21st in Amazon, we’ll talk about chatbot and, more generally, conversational interfaces. There will be representatives of universities, but also of major companies: many have shown interest in our initiatives, it is no coincidence that this event will be held in Amazon and the next in Google. The companies that host us also finance the event and this allows us to make the participation free. In addition to a space, we also guarantee media coverage, which is important for our awareness-raising mission.

Speaking of awareness, what is the situation of gender diversity in the STEM disciplines worldwide?

The number of women graduating in STEM subjects is very low worldwide. In this sense, Italy is not an exception. I often attend international conferences on these issues where there are thousands of members but a very low percentage of women. The need to create WiMLDS was born precisely for this reason. I do not know what the reason for this phenomenon is, in part it is certainly a cultural issue, which already manifests itself in school orientation: technology is often seen as a “thing” for men. I studied computer engineering and in my course, there were very few women and this obviously also reflects on the presence in companies and in research.

Promote the dissemination of technical-scientific disciplines and new digital technologies...