We interviewed Andrea Ridi, Co-founder and CEO of Rulex, the company that developed an AI able to explain what it has processed. 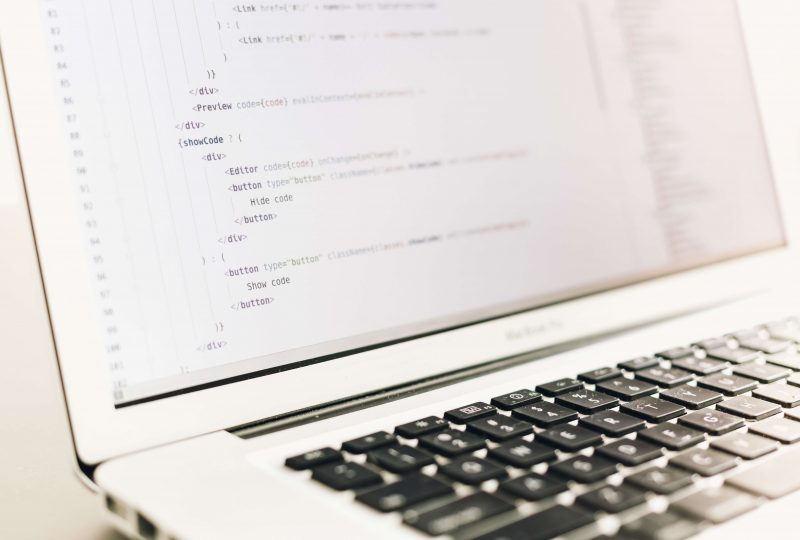 An artificial intelligence within everyone’s reach, which can explain what it is able to process through its mathematical calculations and models: Rulex offers a new AI platform, born and developed in Italy but launched on the American market, which allows business experts to have a predictive data analysis without the need for mathematical or programming skills. A system based on big data but in line with Italian and European regulations such as the GDPR. In 2016 Rulex was selected as one of the ten finalists of the Innovation Showcase of the Boston MIT, the competition that rewards technologies that can revolutionize the digital economy.

We interviewed Andrea Ridi, Co-founder and CEO of Rulex, and we asked him to tell us something more about the company and to talk about the future of this technology.

How was Rulex born and what does it do?

We have developed a totally new artificial intelligence, a technology that is able to explain what it has elaborated by processing our data. For example: a company wants to analyze customers who left. Since this Artificial Intelligence can explain what it has processed, it not only identifies who these customers are, but also explains why they behave how they behave, allowing you to apply totally new processes, such as a very precise customers churn.

Why is this different from traditional Artificial Intelligences?

Continuing with the same example, the “classic” AI, called black boxes, can only tell you if a customer is or is not going to abandon you, without explaining the reasons. This way you do not know what to do, how to deal with the problem. You have no way of knowingly interacting with your data, which Rulex allows you to do, creating much more value for your business.

This is another extremely important chapter. AI is currently available to very few companies. The data scientists have prohibiting costs and are very limited in number: this means that the technology of AI is usable only by large groups, which can afford these professionals and this type of investment.

To use Rulex, however, the only fundamental thing is to be able to understand if the machine is examining real and important values within the data in its possession. But in the companies, this type of professional figures is already there, a highly specialized profile is not necessary. Rulex allows to “democratize” artificial intelligence, making it usable by everyone: our average user, in fact, is a business expert and not a computer engineer or a data scientist. And this is a revolution, which brings a much more immediate impact on business processes and on the market in general.

Starting from the present data, is Rulex able to “foresee” the future?

It absolutely can. The rules that the machine extracts are a simple mathematical model that derives from the data that we insert. This model is used to understand the data in our possession and predict the trend in the future: it observes the signals of the present, contained in the information available to it, and provides visions of what could happen.

Rulex is divided between the United States and Italy, where it has maintained an important part of its business. What are the competitive advantages of this choice?

We were born 10 years ago at the CNR in Genoa, when I met Marco Muselli. We had a good technology on paper but little else: too many ideas for a market that didn’t exist yet. However, convinced that an economy based on big data would arrive, we started to develop, starting from the mathematical base, the tools and the software to set up the real technology. We went ahead with the development activity until 2014, when we finally had a technology ready for the market. At that point we asked ourselves a question: since we are holding a technology that we consider disruptive, are we credible if we bring it to the market as a Genoese software house? Our answer was “no” because there are no stories of systematic success in this field that bear the signature of Italian companies. On the other hand, we started to analyze the market and we understood that we had to become part of a much more innovative ecosystem: that’s why we decided to become an American company. In 2015, therefore, we opened Rulex Inc., in the United States but strategically we decided to keep all the research and development in Italy.

For several strategic reasons. First of all, in Italy, because of a cultural issue, we are able to have long working relationships: since ours is a marathon, we wanted to involve people on whom to invest. In the United States the average stay time in a Hi-Tech company is 2 years, in Italy the concept of “work for life” resists. The second aspect is that in Italy the people we invest in are less prone to competition, because what they do in Rulex can hardly be done in other Italian companies. If a competitor is able to “take away” a person who has worked with me can also take possession of a part of my intellectual property. The third aspect is linked to a sort of recognition: we come from the research world and the “country system” has invested many resources in our culture. So, it seems right to give back to our country what it has given us and generate opportunities for qualified employment in our territory: those who work today in Rulex if we were not would be employed abroad and with our business we have returned to Italy many people who had left our country. So, Italy is the engine that produces and develops technology while the United States allows us to be on the global market. We try to take the best from both cultures.

What are the next challenges? In what direction is research in this area going?

We are convinced that we are holding true artificial intelligence, and when I say true I mean that this technology can really behave like a part of the human brain. This leads to major challenges, which mainly concern the impacts our technology has and will have on society.

So, challenges from an ethical point of view too?

Surely, that of data is one of the most debated themes from this point of view! To give an example, if Rulex reveals that some buying behaviors are privileged by a certain ethnic group, can we ethically leverage these data? Or do we run the risk of incurring racism? And this is only the superficial level of the question, the theme is very broad. But the questions we have to ask today, before the problems occur, because then it will be like trying to stop with a finger a dam that collapses.