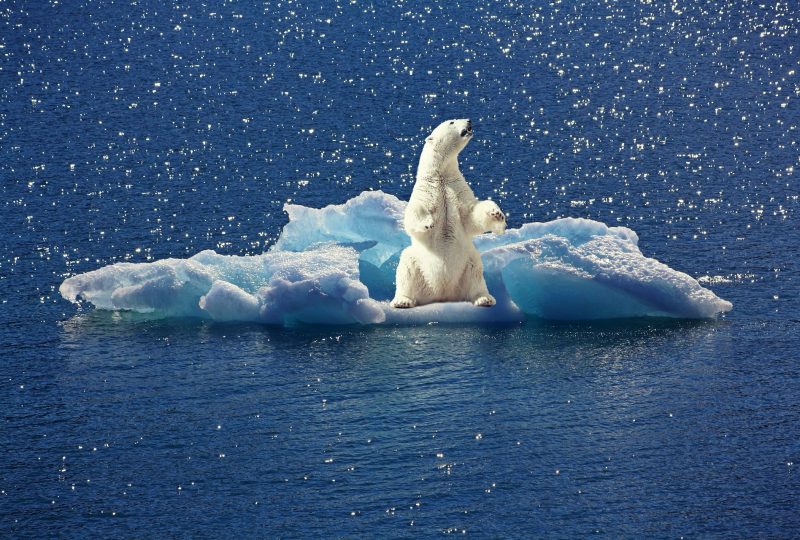 Climate changes have serious impacts on the entire ecosystem, but the areas in which these become critical and above all sudden are the oceans and the frozen areas of the planet. This is confirmed by the new IPCC report on “Ocean and Cryosphere in a changing climate”: the environments in which water or ice play a fundamental role are innumerable and, according to the organization’s estimates, there are hundreds of millions of people who live in these areas (high mountains, Arctic region, small islands) and who will see the places where they live changed. What are the challenges we will have to face and above all what are the possible solutions?

The impacts of a planet, and therefore an ocean, warmer. “The message of the report is very clear – comments Dorotea Iovino, scientific director of research on the global ocean and sea ice of the CMCC Foundation – the Earth is heating up and producing indisputable impacts on the cryosphere, which is gradually being reduced, and on the ocean that it warms up much faster than it has in the past, with a consequent rise in sea level “. It is a complex process that involves various factors linked together by the importance of water for our planet. A warmer planet means, for the oceans, loss of oxygen, greater acidification, increasingly frequent and more intense waves of marine heat.

“Without the adoption of strategies and measures of adaptation – explains Simona Masina, director of the research division Ocean Modeling and Data Assimilation of CMCC – we will see an increase in flood risks and extreme events for coastal communities, an increase in negative impacts on marine biodiversity, a reduction in fishing potential and marine resources in general with negative consequences for food security, tourism, the economy and health “.

Man, ice and water. Human activities have always been linked to the oceans and also to the cryosphere, or the set of ice on our planet. Many rivers, and therefore also hydroelectric power plants, are fed by the melting of the glaciers if they disappeared the damage would not only be for the ecosystem but also for the economy. And this is just one example, in fact, there is “a close relationship between environmental sectors – underlines Carlo Barbante, professor at the Ca ‘Foscari University of Venice and researcher at the CNR Institute of Polar Sciences – such as oceans and cryosphere, and human activities. A bond that starts from the fusion of polar glaciers results in an increase in sea levels and ends with possibly serious consequences for more than 680 million people “.

The health of ecosystems and biodiversity. “The rise in temperatures – stresses Butenschön – puts some species at risk of extinction, especially where they are constrained by topographical limits, and pushes others to migrate to colder environments and higher latitudes, thus radically changing the distribution of ecosystems at the Furthermore, global warming and acidification of the sea create, – said Momme Butenschön researcher in the field of sea sciences at CMCC – pressures and stresses on organisms that produce structures or calcium shells, such as corals or shells, modify them metabolism and block the regeneration of calcium components “. The combined action of these factors leads to a reduction in biodiversity that increases the vulnerability of ecosystems, limiting their productivity and resilience. A situation that also has repercussions on people and human communities, especially those living in coastal areas. ”

What to do. We need to find integrated and innovative solutions, able to understand the complexity of the ecosystem’s ties and that do not put a patch on the problem, but that solves it. “The most important message we can draw from this work – states Dorotea Iovino – is that scientific knowledge can be, must be, together with local knowledge, the guide to develop projects and investments in appropriate responses in the field of adaptation and mitigation, with the aim of managing the risks associated with climate change and promoting resilience “. Mitigation (cutting emissions of greenhouse gases) and adaptation: an imminent future ahead is one in which these two approaches must go hand in hand for limiting future climate change and being able to face those we can no longer avoid.

Impactscool e WeWork in the name of the future

In Milan there is a new space to talk about...

According to the Google CEO, artificial intelligence must be regulated

Imagine the future and win the Future Camp