Airports, prisons or private property: no place is safe from drone attacks. So, what can we do to defend ourselves? Which methods are the best? 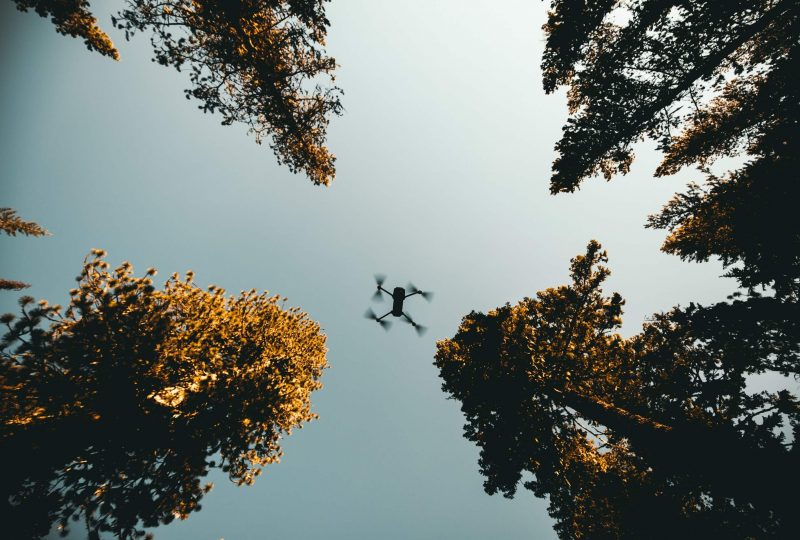 Around December 20th, 2018, London’s Gatwick airport crashed due to the sighting of two unidentified drones on the airstrip.

Gatwick, like any airport, is a no-fly zone for drones: this is why it is equipped with an Israeli-made anti-drone security system, “Dome Drone”, an automatic Jammer cannon, that unfortunately did not work on that occasion.

This is one of the reasons why the controversy immediately exploded: the second largest airport in London remained stationary for 36 hours, leaving more than 1000 flights on the ground and, to date, it is still unknown who made this gesture.

The investigators initially had stopped a couple of environmentalists assuming it was an eco-protest, but later they released them.

So today we do not know who or why made this gesture (even if terrorism is excluded).

There has also been discussion at the parliamentary level, where Labor’s spokesman for Transport Andy McDonald has heavily attacked the government’s legislative delay in the field of security of remotely controlled aircraft.

To date, places sensitive to drone attacks are different, from airports, to industrial sites, from private properties to prisons. This is perhaps the most worrying aspect. In fact, there are now several confirmed cases of use of drones to supply the prisoners with drugs, weapons and cell phones. To give a local example, think for example the news of October 15th, 2018 reported by “La Stampa” when inside the courtyard of a prison in Taranto fell a drone carrying weapons and telephones.

But which are the systems to bring down an unidentified drone?

There are numerous systems designed to bring down an unauthorized drone, but they can essentially be divided in two major categories: physical obstruction and wave obstruction.

That is, all those systems that use bullets or physical objects to hit the drone and knock it down.

Let’s start by saying that, normally, the first thing you do in the case of a suspected drone is to call the shooters who, like in a clay shooting game, will physically shoot the drone down.

Otherwise, more or less imaginative alternative methods have been designed and implemented.

One of these is Skywall 100, a sort of smart rocket launcher that calculates the trajectory and speed of the drone launches a net that “captures” it and prevents it from continuing the flight.

Similar to Skywall 100 is Excipio: the principle is the same, but to launch the net is not a ground operator but another drone that goes in pursuit of the enemy. It must be said, however, Excipio needs 2 operators to be able to operate, one that drives the drone and the second that launches the network.

Another very eco-friendly, but also very expensive system is the use of trained eagles and hawks that will literally hunt suspicious drones.

Finally, two other noteworthy methods are the use of small and cheap Kamikaze drones that violently hit the desired targets to make them harmless and the other is the use of a normal helicopter.

The other category of anti-drone systems is the one that uses electromagnetic waves or radio disturbances. These are surely the most appreciated and used methods as they can also be used in crowded places because they are not dangerous for human beings.

One of the first, and most appreciated, there are the Jammer rifles: these shoot disturbing signals that are able to interrupt the radio connection between the operator and the drone, causing it to fall. One of the problems with these tools, however, is that they disturb every radio signal in the affected area.

Similar to the Jammer are the Droneblockers, they also work interrupting the radio signal of the drones but unlike the Jammer they can recognize and isolate the radio waves of the unidentified drone, making it land safely.

We still have the DroneDefender, an electromagnetic rifle that disturbs the GPS signal of the drone forcing it to land. In fact, in the case in which a remote-control vehicle loses the GPS signal it stops automatically and lands.

We still have the ability to hack drone piloting systems, as the security system in most commercial drones is relatively easy to overstep.

The last system to mention is the use of microwaves. The weapons of this type (for now only in equipment to the armies) can break down several drones simultaneously through the use of microwaves that “burn” the electronic systems inside the drones, knocking them down instantly.

As we have seen, there are numerous systems to combat the use of unauthorized drones, but to date there remain some problems to be solved. The identification of the aircraft (that is to understand when to intervene) is not always an easy operation, as the London case has taught us; anti-drone systems are not yet so widespread or supplied to law enforcement (this is why today, the chosen shooters are always called); finally, the fact remains that most of these systems can counter a few drones at a time.