We are facing a real revolution in the way of transport. The most important challenges are electrification and autonomous driving. At what point is the naval sector? 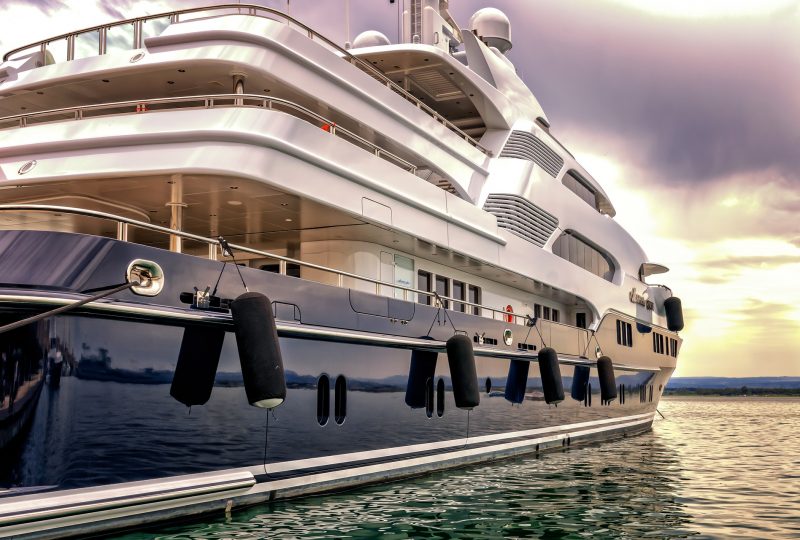 The car sector now seems determined to undertake a path of modernization, accepting the challenges of electrification and autonomous driving. To give an idea of ​​the level of competition that has been reached in this sector, regarding these technologies, we can mention two investments recently made by two giants of the car and innovation. The first is the one made by Amazon, which announced that it will invest 37 billion dollars for the implementation of the autonomous guide, the second that of FCA, which has declared to be ready to invest around 8 billion to electrify part of its cars (among which the electric Fiat 500 and the hybrid JeepRenegade stand out).

The sector, however, is not represented only by road transport: at the end of June 2019 the first self-driving train was inaugurated in Australia. Owned by the Rio Tinto company and built in collaboration with Hitachi-Ansaldo, the train will travel for about 800km, from the iron mines in the center of the country to the commercial ports, to export minerals to the Australian cities. Looking at the aeronautics sector, today accused of being too polluting as a mean of transportation, we can report the interesting project of the start-up Eviation that has realized the first plane for regional flights completely electric. The aircraft in question will be able to carry eleven passengers with an autonomy of 1000 km and an average speed of about 440 km/h. And again, the case of the Canadian airline Harbor Air that announced that it will employ, in the near future, only electric-powered aircraft (as we told you here) But the naval sector? What is the status of these challenges?

The Naval sector. Unfortunately, also due to technical difficulties, the naval sector seems to be trudging behind the challenges of automation and electrification and this represents a problem for the entire economic system. In fact, since about 90% of the goods we consume have traveled by sea, if the shipbuilding industry were able to reduce its operating costs (mostly due to fuel and maintenance) it would benefit all businesses and consumers.

Nowadays naval transport is the most convenient in terms of costs: to give an example, Emma Maersk, a Danish ship of great tonnage, is able to transport around 11 thousand containers at a time, a quantity that is undoubtedly higher than the capacity of loading a freight train or a cargo plane. Naturally, this colossus needs an incredible power of about 100 thousand horses delivered by an engine (the Wartsila Sulzer RTA96-C) as tall as a four-story building. This engine is both one of the largest ever built and one of the most efficient with an efficiency of over 50% and an average consumption of 6000 liters/hour of fuel. It is precisely in the power needed to feed these giants of the sea the difficulty in switching to electricity: although it is a difficult challenge, however, electrification is necessary to counteract the emissions of CO2. In fact, according to a survey by the European Parliament carried out in 2015, the shipbuilding industry could be responsible for around 17% of global CO2 emissions by 2050, considering that 98% of boats today use diesel engines.

Electrification, difficult but not impossible. Electrification is, therefore, necessary and some novelties begin to be present. For example, in 2017 the Grimaldi group invested 1 billion euros for the purchase of 10 hybrid ro-ro ferries. The boats, which will be delivered by 2020, will be equipped with huge batteries that can fully recharge during navigation and which will, therefore, allow them to stop in ports with the engine running without any emission. Another important example is the Color Line ferry, which will operate on the route Sandefjord-Strömstad, between Norway and Sweden. The Color Line Hybrid is capable of carrying 2000 passengers and 500 cars and will enter service on 26 July by mounting a battery pack of approximately 5 megawatts/h which will give electric maneuverability for about 60 minutes, at a maximum speed of 12 knots.

The Color Line Hybrid will also be equipped with a Rolls Royce B33: 45 heat engine. Assuming the use of a 6-cylinder engine and 4900 horsepower, the ship should consume approximately 741 l/h of fuel (175 g/kWh) less per hour of use of the electric motor: a very important result, above all if we consider that the cost of naval fuel is destined to increase by 50% starting from 2020 due to the new IMO (International Maritime Organization) regulations. Also in terms of electrification, the Telegraph reports that on July 2nd the boat Roald Amundsen finally set sail Norwegian for Arctic exploration. This ship, born from the collaboration between Rolls Royce and the Norwegian ferry service Hurtigruten, is able to sail completely for about 15/30 minutes in electricity, enough time to cut CO2 production by about 20%.

Autonomous guide on ships: where are we? As for autonomous driving, the naval sector seems to be better equipped. A project of the US agency DARPA (Defense Advanced Research Projects Agency) for example, already in 2016 led to the creation of one of the first autonomous-guided ships in the world, the Sea Hunter. 40 meters long, this ship is able to stay in the water for 30 or 90 days without crew and without ever docking. It is still used for intelligence and surveillance tasks, especially with regard to antisubmarine prevention.

Space X has also worked on autonomous-guided barges for the Autonomous spaceport drone ship (ASDS). These boats are able to navigate and position themselves autonomously in the middle of the ocean (with a gap of just three meters) and wait for the landing of Space X Falcon 9 and Falcon Heavy rockets.

As for future projects in the field of automation, by 2020 Vard (a subsidiary of Fincantieri) undertook to deliver an 80-meter boat with a capacity of 120 Teu to the Norwegian company Yara to transport its fertilizers from the production plant to the port of Lavrik (Norway). Finally, Rolls Royce, which has been working on autonomous-guided boats since 2010, believes that by 2035 it will be able to launch a boat capable of facing an ocean crossing in complete autonomy. To do this, the British company has signed a partnership with the American Intel and launched in 2018 the ‘Intelligent Awareness’ system, a technology composed of a network of cameras, Lidar, and radar that will allow the AI ​​that manages the ship of to be able to recognize ships and obstacles.

In conclusion, the challenges to revolutionize the naval world are immense and absolutely not trivial. If on the one hand, we will have to develop electric motors capable of traveling more than 10,000 km, on the other we will have to build navigation systems capable of dealing with fog and haze that are the black beasts of every sailor as witnessed by the case of the Andrea Doria. Complex challenges, therefore, but which must be addressed in order to guarantee competitiveness to a sector that seems to have remained behind in these two areas of innovation.