The mobility of the future and the 5G

The "5G-CARMEN" project, coordinated by the Bruno Kessler Foundation of Trento, will test autonomous and connected mobility in the Munich-Bologna corridor 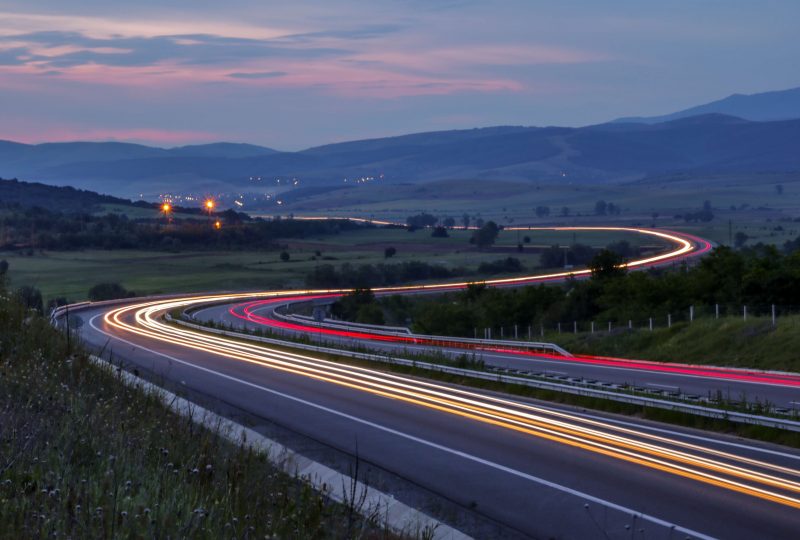 The 5G era is almost on its way and the fifth generation network is set to revolutionize different sectors. One of these is transport, which, thanks to the increase of the “intelligent” cars, could benefit in a sensitive way from connected and automated mobility. It is in this context that 5G-CARMEN is inserted, a project coordinated by the Bruno Kessler Foundation of Trento, FBK, which has recently obtained a total financing of 18.5 million euro. The study, which develops between Italy, Austria and Germany, will touch on several key themes for the mobility of tomorrow, from the technological aspects to those from security, passing through issues of an ethical and normative nature.

We interviewed with Roberto Riggio, head of the Wireless and Networked Systems unit of the CREATE-NET research centre of FBK, responsible for the 5G-CARMEN project.

5G-CARMEN wants to transform the Munich-Bologna stretch into a 5G digital corridor. What does it mean?

5G- CARMEN, a project coordinated by FBK and financed under the Horizon 2020 program by the European Commission, will last 3 years and will officially start on November the first. It involves several industrial companies and research institutions and is the first project dedicated to 5G that will be transnational. The aim is to validate the fifth generation cellular networks in an automotive context, to realize innovative use cases related to connected mobility. The project will concern both self-driving cars, where the 5G will support the machine to provide information and improve its performance, and non-autonomous ones, touching areas such as safety and roadside assistance.
In addition, there are applications for “Advanced Infotainment”, to provide the driver and their cars with a high-band connection to be able to enjoy multimedia services and augmented reality.
The last sector involved the 5G-CARMEN project concerns the control of emissions and the use of 5G in order to monitor connected machines, which can communicate with the network and the motorway operator and provide the information necessary to propose effective policies for pollution control.
This project looks at the mobility of the future addressing the security’s aspects but also playful and commercial issues. We aim to create a platform, an ecosystem that offers business opportunities for businesses and the territory.

Why exactly the Munich-Bologna stretch?

The European Commission has launched a series of activities to strengthen the so-called European corridors, motorway sections, railways and maritime routes considered fundamental for the transport of goods, people and for the provision of services within Europe. Among these, the Bologna-Monaco one, which crosses Italy, Austria and Germany, is one of the strategic ones because it connects two of the most important centre in the automotive sector of our continent.

5G-CARMEN will have a strong practical application, therefore, is it correct?

Absolutely. We will go to test directly on the highway, with prototypes of autonomous and connected cars developed by our partners, and we will study these cars in the real traffic. It is not merely academic or laboratory project but it will have concrete applications, in view of a commercial use of these solutions.

With this project, you are imagining and testing the mobility of the future. Can you quantify how close this future is?

It is difficult to define, also because it does not depend directly on us or on the project. We will have the 5G network shortly and operators will make it available as early as 2019. To know the timing of the commercial applications we will have to wait for the programs of the automotive companies. In any case, in three years, at the end of the project, we will have clearer ideas.

One of the strong points of the project is the international consortium. Who will be in the consortium? What kind of contribution do the companies bring?

The project consortium, coordinated by FBK, includes 25 partners, belonging to different industrial sectors. There will be three clusters, one for each of the countries crossed by the Monaco-Bologna corridor. Clusters are composed of representatives of each of the sectors involved. For the automotive sector, for example, there are the FCA and BMW. For the telephony one, instead, there are the main operators of the three countries, Telecom Italia, T-Mobile Austria and Deutsch Telecom. In addition, the realities that supply the network equipment, Nokia and Qualcomm, and companies that manage the road networks will play another important role. Finally, the project will benefit from the collaboration of many international academic partners, who will support us for basic research, and a series of small and medium-sized enterprises.

5G-CARMEN also addresses numerous ethical and social issues. How do you plan to address them?

The project dedicates a part of the resources to the normative and ethical questions, issues made even more complex by the transnational dimension of 5G-CARMEN. The analysis will cover both aspects related to privacy and use of data, both those related to mobility and self-driving cars. It is important to specify, however, that the project will involve connected self-connected cars of level 3 and 4, in which the human driver still plays a role in driving. Fully self-contained cars, level 5 cars, are not involved in the study.

The project is part of the activities of a research unit of FBK dedicated to telecommunications. What do you do?

CREATE-NET is one of the 6 research centres of FBK. We deal with telecommunications, from optical networks to sensors, from cellular networks to IoT. We have been active for a long time on all 5G research through a public-private partnership. In this sector, we have already followed 5 projects and one of these we have also been technical coordinators.

At the basis of the 5G-CARMEN project, as well as other projects that you have followed with the CREATE-NET centre, there is, in fact, the 5G network. What will be the news that will bring the spread of this fifth generation network?

In general, the 5G will not only lead to a faster connection but is a real change of paradigm, not a simple evolution. It will open the way to services that were previously unthinkable. The parallel that we can do is with the arrival of 3G, which has allowed the spread of smartphones and video streaming. The 5G, in addition to bringing an evolution of these basic services, will allow the creation of new advanced and vertical services, specific for example for the 4.0 industry or the automotive sector. In addition, 5G offers the possibility to support services and applications that are called low latency and high reliability: a network that can respond in a few milliseconds to different needs, such as those that come from autonomous and intelligent cars, which they can share information in real time and create a detailed view of what happens around them.