The summer of the future: will technologies save us from traffic jams?

Also this summer there were weekends of "exodus" on Italian roads. But in the future new technologies could help drivers, avoiding columns and traffic jams 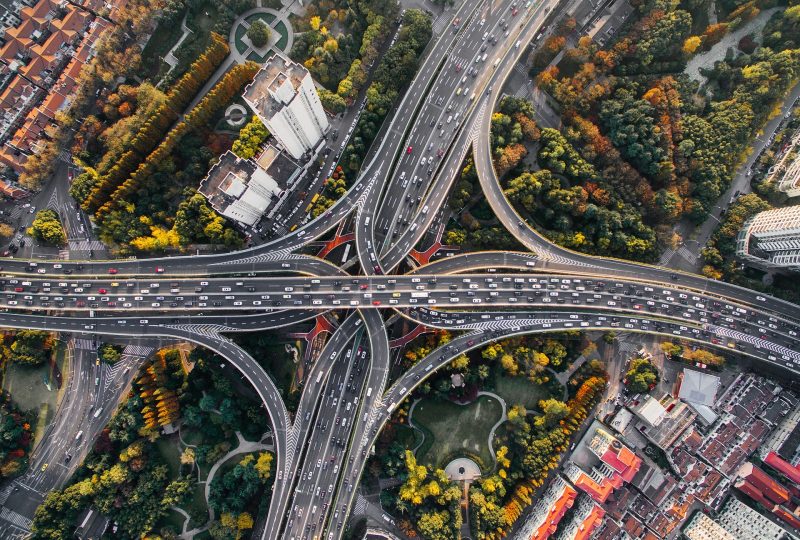 We are at the end of August and the one that is coming could be the last weekend of “exodus” on Italian roads. Who will sit behind the wheel, in addition to the “trauma” of the return to everyday life after the holidays, will have to deal with the classic traffic jams, which dilate the time of travel exponentially and increase the risk of accidents. To avoid the traffic, the remedies are not many and, above all, their effects are far from certified. In the future, however, new technologies could save us: many innovations could help drivers of tomorrow.

With the robots at the wheel, the situation would be better. This is not a science fiction suggestion but the result of a Japanese study dating back to 2013, when self-driving cars were still very distant, and more recently confirmed by the work of a team from the Vanderbilt University of Tennessee. On the occasion of the first study, that of 2013, the researchers put 22 cars on a single lane ring 230 meters long and asked drivers to drive at 30 km/h. For the first few minutes, the traffic flow was regular, but soon slowdowns and sudden braking have altered the fluidity by propagating backwards like a wave in a liquid and causing, at a distance of kilometres, the most classic of traffic jams.
An outcome similar to that to which American researchers have assisted, who have made 36 cars travel in a gigantic test track, made available by the automaker Ford, who has collaborated in the study. The researchers then did the same test by running on the car circuit with automatic braking technology and the outcome was decidedly different. This is because, to sum up what is contained in the studies, it is man who causes traffic: a sudden braking, a hasty manoeuvre or a slight slowdown, at a distance of kilometres can turn into a column. Driving assistance technologies already available on the market can be used to positively influence the flow of traffic and, in the future, with robots or artificial intelligence systems at the wheel, the situation could further improve: no excess of nervousness, no abrupt manoeuvres, constant speed and, consequently, no traffic jams.

The algorithm of the “minimum fleet”, against the traffic of the metropolis. It is not just traffic on motorways, but also the traffic jams in the cities threatens to compromise the serenity of tourists and vacationers. In particular, those in large cities, which in summer are also crowded with visitors who use taxis to move faster (or at least this is the intention). An algorithm developed by the researchers of the Italian National Research Council, Mit and Cornell University, would allow optimizing the routes of these vehicles, thus avoiding congestion only in some areas. The researchers with this study have conquered the cover of the magazine Nature. The key to organizing taxis is in the distribution of racing, designed so that each vehicle makes the shortest possible route without passenger: in this way, you could get a reduction of the fleet number of over 30%, with “almost optimal” service levels. “If we take Manhattan as a whole – underlines Carlo Ratti, director of Mit’s Senseable City Lab – it could theoretically satisfy his mobility request with 140,000 cars, about half of those circulating now. We have analysed the taxi system – concludes Santi – but we could applies this study equal to realities like Uber and Lyft and even more, in the future, self-driving cars. Most of the mobility in the future will be served by these on demand services, which thanks to these studies will be able to appropriately estimate the size of their fleet “.

The car of the future, an extra tool against traffic. Autonomous driving but not only: tomorrow’s cars may be able to do much more, such as communicating. Not only with the driver’s smartphone as it is today, but also with the surrounding environment. According to an Australian project, thanks to the introduction of intelligent traffic lights capable of interfacing with cars, the problem of city traffic could soon be resolved. A sophisticated sensor system should record traffic data, vehicles speed, movements and pedestrian gaits. Based on this information, the project foresees the creation of some algorithms that will set the duration of the alternation of the lights of the traffic lights in order to speed up and regularize the traffic.
Even an IT giant like IBM is working in this direction: in fact, it has filed a patent for a technology that will use artificial intelligence, cameras and sensors to control traffic lights. A more efficient and dynamic management of the times of the traffic lights, therefore, to ensure more efficient disposal of traffic jams in critical areas and at peak times, based on traffic and on the real needs of drivers and pedestrians.

The road traced by researchers and innovators to avoid traffic seems encouraging. We hope, therefore, that the summer of the future will be free from traffic jams and columns. For those who, instead, must get behind the wheel in this weekend end of August, you just have to hope and get a lot of patience.