Is man an exponential technology?

Human beings took millions of years to discover fire and only 70 years to move from the Wright brothers' plane to Apollo 11. Why? In this article, we will try to analyze some factors that have contributed to the human acceleration in recent centuries 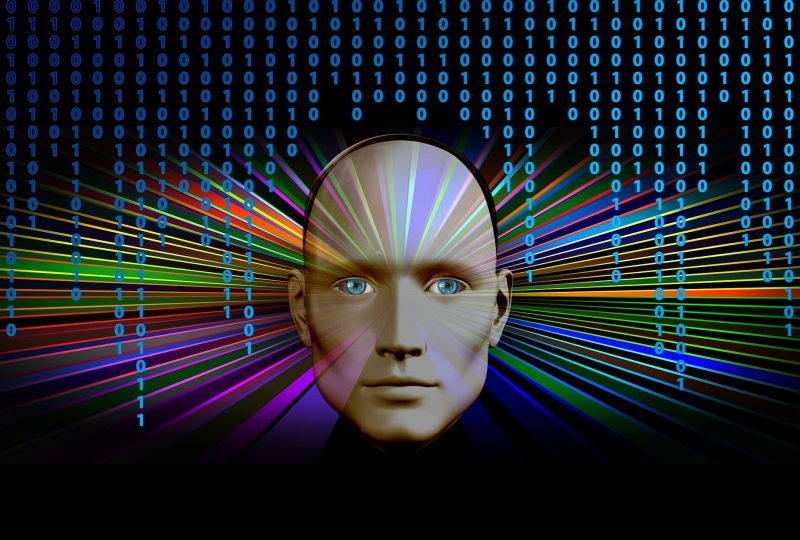 In recent years we have been witnessing an important growth in innovation and research. This trend can be confirmed by analyzing the continuous positive trend of new patents filed. The birth and development of these innovations are completely revolutionizing our everyday life.

To give you an idea of ​​the speed of this innovative process, just think that the first iPhone was launched in the USA in 2007 and before then very few could boast an internet connection on their mobile phones. Or that Facebook was launched for commercial purposes only in 2004 and 11 years later it had already reached a billion users and even Airbnb was born in those years. The list is potentially endless. To see how fast things are evolving we need to take some time.

But why did humans began to speed up at this rate? To answer these questions we can try to imagine humans as an exponential technology, which in the last few centuries have found a method to grow and improve faster and faster. In fact, if we consider that from the appearance of the sapiens man on earth about 200/300 thousand years ago to the discovery of the wheel, which occurred around 3500 a. C., approximately 244 thousand years have passed and that the time from the discovery of the wheel to the mass motorization it has been around only 5400 years, perhaps it means that something extraordinary must have happened also to the man himself.

The exponentiality of inventions. To try to demonstrate this exponentiality of the human being we can refer to the bestseller of the economist, as well as a contributor to the Financial Times, Tim Harford, “Fifty Things That Made The Modern Economy”, where he collected the 50 inventions that according to him revolutionized the world. Now, taking the 50 inventions reported in the book and adding another 13 that Harford added in 2016 during a BBC radio broadcast and distributing them over time we get the following graph. 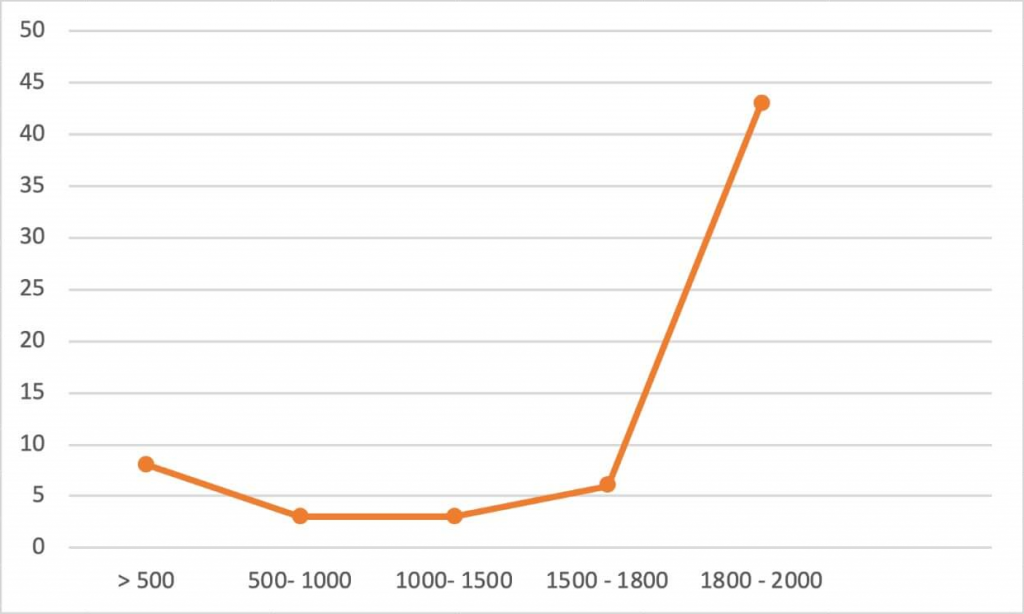 As you can immediately notice the number of inventions attributable to the period from 1800 to 2000 is clearly greater than the other periods (although these represent 300 more years). The curve shown here is very similar to an exponential curve based on 2, demonstrating the remarkable growth rate reached by humans in the last centuries.

But now the question is: what happened in these last 2 centuries to make humanity able to sustain this growth rate? Most likely it happened that the humans have more or less understood what was the right recipe to find, in the shortest possible time, a solution to their problems. Since the seventeenth century, in fact, the conditions (political, economic, cultural…) have been created to change the course of humanity forever.

The scientific method. Trying to name a few specifically, we could start from the figure of Galileo Galilei and the first scientific revolution. Galilei, in fact, was the first to provide an accurate methodology for scientific research, thanks to his scientific process of validating hypotheses he laid the foundations for the development of modern science. This has certainly provided the theoretical knowledge necessary to be able to face the contemporary problems of contemporaries and has given a strong boost to innovation because as we know innovations and basic scientific research are complementary goods.

Legal aid. Another factor that has proved to be fundamental for the growth of innovation is the legal institution of the patent. When was the patent born? A proto-patent seems to have already spread in ancient Greece to Sybaris, later it has traces during the Renaissance when it was granted to Filippo Brunelleschi for having invented the Badalone (river barge for the transport of marble). But in general they were sporadic cases, it was not an institutionalized practice. As proof of this, for example, there is the fact that Leonardo da Vinci used to deliberately insert small errors into his projects in order to make it more difficult to steal the idea (see for example the “covered wagon” handles, obviously reversed).

Only in 1474, in the Republic of Venice, we witness for the first time the realization of an organic legislation for the protection of inventions and, subsequently, in England thanks to James I, who introduced the institution of patents through the statute of monopolies (1623- 24). Still in England, however, we will have to wait for the first industrial revolution to see a systematic application, in particular, Christine MacLeod, lecturer in Economic and Social History at the University of Bristol, noted that from 1750 there was a strong and constant growth of patents in the textile field and energy production (although in those years, filing a patent cost £ 120 against an average annual salary of around £ 50).

Consumption growth. The first industrial revolution is perhaps another piece in our brief research. In fact, in those years human technological growth grew a lot. The increase in income, albeit limited to some individuals, prompted the proto-industrialists to invent and create new products to be able to increase their market share and capture new customers. The increase in new consumer goods is confirmed by Maxine Berg, professor of history at the University of Warwick, who claims that during the first industrial revolution about 1/3 of textile patents were related to consumer goods.

The culture. Another phenomenon that is at the basis of humanity’s change of course is certainly the spread of cultural circles and positivist ideas as well as mass literacy which has given the possibility to many individuals to be formed through the reading of manuals and specialized subjects, as the historian Joel Mokyr explains in his book “The Gifts of Athena: Historical Origins of the Knowledge Economy”. The spread of education has completely distorted the research, which today is often done by groups of scholars, by pools of researchers (and no longer by solitary geniuses as in the past) that together succeed in challenges where only one, even if ingenious, he would have no way to solve.

Large companies. Finally, we can presume (with reference to the analysis of the Austrian economist Joseph Schumpeter) that before the industrial revolutions there was little innovation because the enterprises were of small size, mostly artisans and therefore they had neither the interest nor the financial resources and/or techniques to sustain the costs of innovative processes.

One factor that favored the spread of large companies was certainly the creation of limited liability companies. Referring to the studies conducted by Dr. Kristine Bruland of the University of Oslo, their introduction allowed companies to grow in size more quickly because a difference was established between the partners who only invested the capital and the shareholders who were operationally involved in the enterprise. This distinction allowed those who owned capital but did not have the skills or time to devote to entrepreneurial activity, to be able to deliver it to those who needed it most, namely the companies, and help them to undertake the expensive R&D activities.

The first industries to systematically sustain R&D expenditures were, in fact, the great German pharmaceutical industries of the nineteenth century, first, only the gentlemen (in short, what is today the public power) could afford to invest resources in research. Research that was probably even more expensive because it was carried out by a few individuals who had scarce resources at their disposal.

The situation today. Moving quickly to our times it is clear that all the points mentioned above are today more developed than ever, from public investment in research (see for example the US government agency DARPA or the very Italian CNR) to mass education (the number of graduates in Italy from 1945 to 1995 has increased by about 7 times) from the growth in size of the companies (globalization has made it possible to create real global giants) to the growth of consumption, etc. All that was the basis of human technological acceleration is still certainly a fundamental part of today’s innovation, which can be summed up by these data. 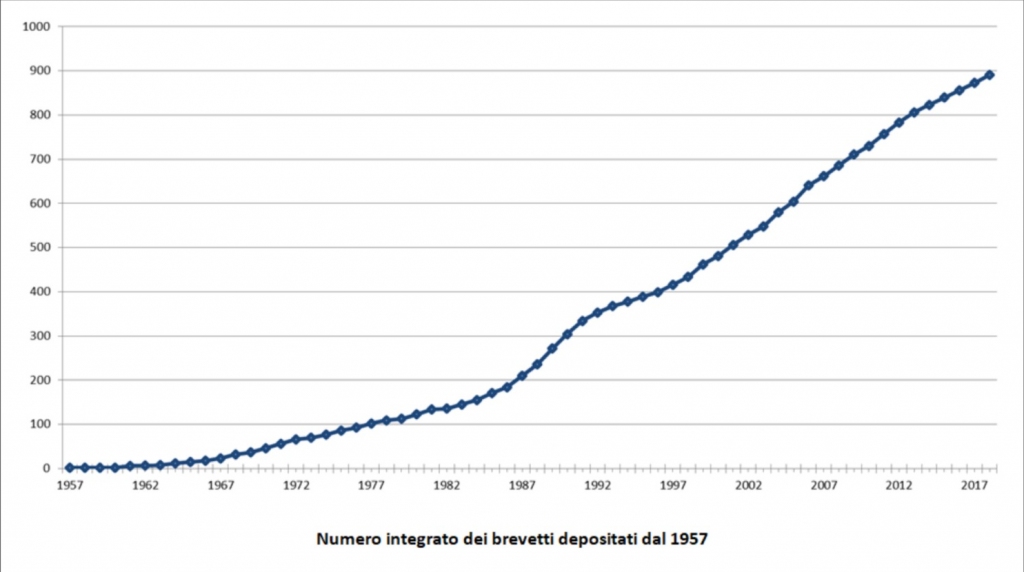