Neuralink: news, perspectives and risks of the Elon Musk project

Everyone talks about it. What are the innovations of the project presented by Musk? We talked about it with Pasquale Fedele, IT engineer and creator of Braincontrol 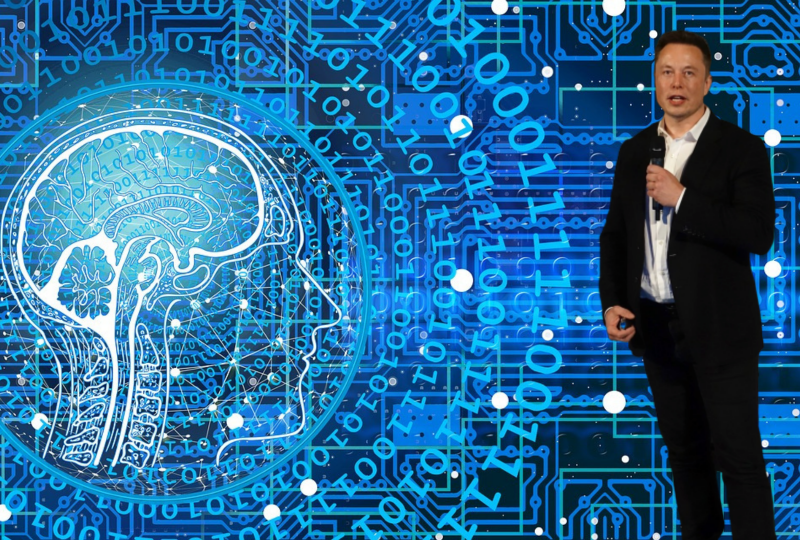 After so much mystery, Elon Musk has unveiled the plans and results achieved by Neuralink, the startup founded in 2017 that aims to create new technologies of connection between brain and computer. Two years of work and $ 100 million in funding led to the creation of the first experimental prototypes, tested on rats and a monkey, and presented by Musk himself to the floor of the California Academy of Sciences in San Francisco. However, what are the real novelties brought by Neuralink? What new prospects open up? Are we ready for this revolution?

We asked these questions to Pasquale Fedele, computer engineer and Liquidweb Founder who has been working for years on the BrainControl project, a Brain-Computer Interface platform with medical CE certificate, to allow ALS patients to return to interact with the outside world.

What are the innovations introduced? As witnessed by the BrainControl project, devices for human-machine interaction are not new in the world of research, as Pasquale Fedele pointed out.
“Elon Musk – he explained to us – presented the development plan of his startup, revealing new aspects of the research. However, these do not represent great novelties for the sector’s experts, but certainly his presentation will have a great impact considering the media coverage and the entrepreneurial abilities of the person”.
Musk wants to make the sensors extremely efficient and impose the least invasive as possible, effectively overcoming one of the problems of current technologies that risk damaging the patient’s tissues over time. In this sense, the main innovations presented are two: “The concrete advantage of these new sensors, whose miniaturization will allow more capillary plants, – Fedele continues – is that they will be able to intercept the electrical activity of the brain in a more defined way. If the numbers provided by him are correct, we will have new and wider possibilities for interaction. Another interesting aspect is that Neuralink is working on a robotic device that will help neurosurgeons, reducing the risk for the patient”.
In the future, to summarize the project, the sensors (called N1) will be implanted by a surgical robot in the recipient’s body and wirelessly connected to a mini PC, placed behind the patient’s ear.

Applications, between present and future. The first area of ​​application will be the medical one, with the aim of allowing completely paralyzed patients to interact with the outside world. This, however, already happens: “We have been working with patients for years – Fedele told us – and we give them the opportunity to use non-invasive systems to interact daily with robotic and augmentative communication devices. Perhaps Musk is not aware of it – Fedele laughs – and therefore sees it as a future possibility, while it is already present”.
However, the prospects are those of a broader human-machine interaction, with potentially enormous impacts. “What some scientists envision for the future of humanity – Fedele explained – is that thanks to this ability to connect with machines, we will be able to increase our cognitive abilities. Today we have an example with the smartphone: we can no longer separate ourselves from it and it offers us almost infinite access to information. Tomorrow all this could be connected directly to the brain “.

The question is not whether but when. The technology, therefore, is already present and in use, even if with non-invasive devices, and offers great possibilities. However, when will we be ready for this evolution? According to Pasquale Fedele “The transition will be gradual, I do not see a step to overcome, the process is already underway: on the one hand the wearable devices, on the other the non-invasive technology like the one we developed, actually offer us a first example application of this technology. Performance and possible interactions will improve in the future, but today we are already experiencing all this. To be honest, thanks to a Berkeley University’s researcher there are also two completely paralyzed patients with implanted sensors. The task they are performing for now is extremely simple and the plant is more invasive than those proposed by Musk, but there are already concrete examples today”.

Real benefits. How could Neuralink and Musk really help this research area? “Greater visibility and an increase in the possibility of attracting investments. – Fedele answered – If this media attention had arrived earlier, it probably would have been less positive. 10 years ago we were not yet ready. Talking about this technology and its prospects in public today, also thanks to the media attention that Musk can unleash, is important to bring greater awareness and avoid excessive fears: if we think, a cardiac bypass is not so different. Brain surgery is more risky, of course, but the mental barrier of the implant will gradually disappear as it did for this type of medical device. Today one of the main problems is to convince people that it can really be done, that it is not science fiction and that the present research is concrete”.

Attention to risks. So many possibilities, but pay attention to the risks that are not only technological but also social. “The risks I see – concluded Fedele – are above all social: people with more money in the future will probably be able to increase their capacity, with advantages in personal and work life, and this could amplify the gap between who can afford the plants and who no.
There will also be a problem related to hacking and data management: we will have to find ourselves prepared also from a legislative point of view”.

Finally, on the ethical front, it could change the very idea of ​​human: are we ready for this revolution?