“A Human Centric Future”: the 5.0 society told by TEDx Roma

On the occasion of the sixth edition of TEDx Rome, of which Impactscool is a Community Partner, we interviewed Emilia Garito, Organizer and Curator of TEDx Roma 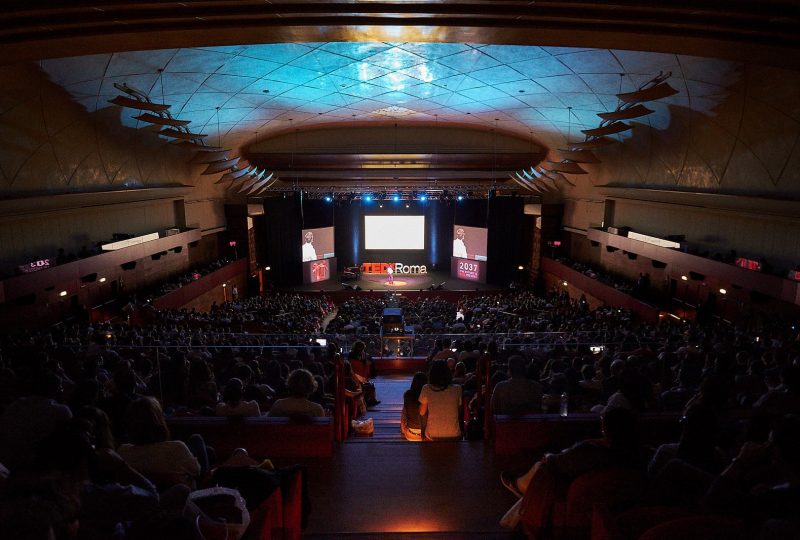 “Society 5.0 – A Human Centric Future”. This is the title of the 2019 edition of TEDx Roma, scheduled for May 4th at the Rome Convention Center “La Nuvola”. 500 years after the creation of the Vitruvian man by Leonardo da Vinci, the event aims to address the issue of the centrality of the human being in the universe, with an eye to the future.

18 international and Italian speakers will face the concept of Society 5.0, a society that has to be man-centred: in a world of constant change and characterized by a rapid and impactful technological development, the society of the future will have to put man at the centre of the choices in different fields, from social to economic and cultural ones. The organizers attend over 1,800 people at the event: among them many students, who will have the opportunity to buy tickets at a special price.

Impactscool, one of the community partner of the event, interviewed Emilia Garito, Organizer and Curator of TEDx Roma and Ambassador TEDx for Italy.

The TEDx Rome is an event that has grown over the years, now in its sixth edition. How was it born and with what objectives?

TEDx Rome was born 6 years ago, in 2014, with the project of bringing innovative and international ideas to Rome. Rome is a multicultural and international city and so we have decided to speak always about global issues, thanks to speakers who could deal with the topics in a broad way. Also in 2019, for the sixth consecutive year, we went in this direction.

This year’s theme is Society 5.0. How will you deal with it?

We have decided to move towards the future. We are facing an epochal change in our society, from an anthropological, economic, social and technological point of view. For this reason, we have chosen to talk about a society that always keeps the man at the centre: the concept of Society 5.0, a society in which technology, research and innovation have the objective of placing in the foreground humans. In this context, the transformation doesn’t dominate humans, but we become the goal, the “mission”, of a series of actions and activities, which combine to make our life better.

The protagonists will be 18 speakers of international level. Can you anticipate something?

We will certainly talk about technologies, such as artificial intelligence. However, we will also talk about this moment of change in different sectors and about the importance of place humanity at the centre of all the complex choices. For this reason, we contacted a series of great international thinkers, including Lewis Dartnell, author of the book “Origins” and expert on the transformation of the human species, Ashoka Mody, global economist and Yuko Harayama, founder of the concept of Society 5.0.

An event aimed at the whole city, with an eye to students…

We are happy to have a diversified target because the richness of this event we believe is precisely in the exchange between different people. We are very interested in also involving young people, who can make greater use of the inspiration offered during the TEDx Rome: to design the future they are undoubtedly the most suitable interlocutors. However, we are also interested in a more adult and diversified public, which over the years has really given us great satisfaction. An audience that follows us and that comes back every year because it perceives the importance of sharing ideas and ideas even outside its own working and cultural context.

We talked about the speakers and the audience, now the organizers are missing. What drives the team to spend so much time and energy on the event?

This event is organized on a voluntary basis and would not be possible without the commitment of many people, driven by a passion for research and curiosity, who does not stop at the surface but always discover something deeper and more useful for the public. They are the great wealth of TEDx Rome
In addition to the team, a thank you also goes to the young people, many of them coming from the Roman universities, who support us every year during the days of the event. Finally, we are very happy to have partners who believe in the initiative and allow us to implement TEDx Rome at the operational level.