The rise of social networks, the role of smartphones and the always present populist analysis: everything we found in this year’s most important digital news study 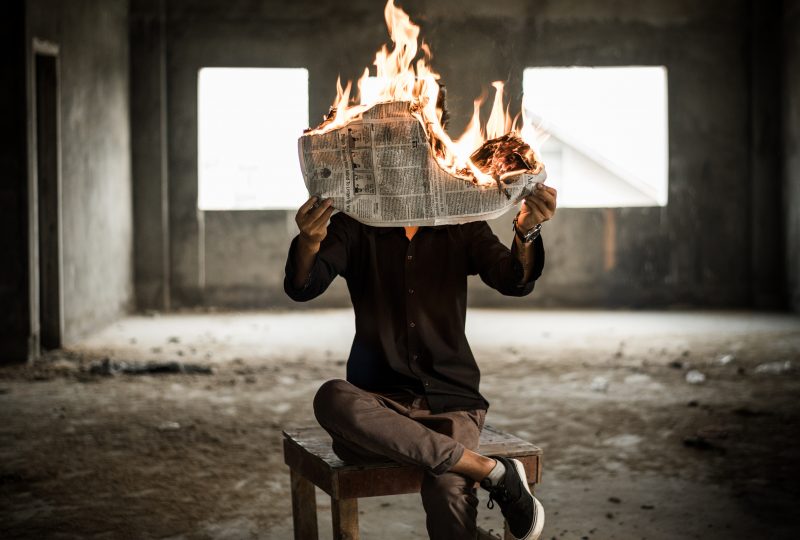 Every year the report published by the Reuters Institute analyzes in-depth the digital media market, contextualizing the challenges and difficulties that both journalists and the public itself have to face. From the key role that new media play all over the world, to the increasingly clear shift from traditional tools to new applications, to the behavior of readers towards online news, the report traces new trends and tries to answer the most important questions of the sector.

And to do so this year the report surveyed 75,000 people in 38 different countries, which with the addition of further qualitative research make it the most comprehensive ongoing comparative study of news consumption in the world.

Below we have collected the five most surprising trends highlighted by the Reuters Institute Digital News Report 2019.

After the terrorist attack in Christchurch, live-streamed and viewed millions of times, Facebook is committed to creating a safer environment and making the platform less exposed to extremism. Instagram as well has run for cover by banning particularly sensitive content after the Molly Russel suicide scandal, a fourteen-year-old who would have died after coming into contact with explicit images of self-harm on the social network.

And even if YouTube seems to be in dire straits if one of the spokesmen has come to say that the platform “will never be 100% safe” commenting on the news that a group of pedophiles would recommend videos of minors in the comments section.

Despite undeniable problems, however, these tech giants still hold a significant share of news audiences through search and social, the Reuters Institute Report tells us. In fact, only 29% of respondents say they access news site home pages directly, 3% less than the previous year. The report also explains that more than half of the sample analyzed, 55%, accesses news through search engines, social media or news aggregators: favoring the tech giants that curate and rank articles using algorithms rather than editors.

Trust in the news drops again

We are talking about a 2% drop compared to last year, which pushes confidence towards news to a paltry 42%. And only 49% agree that they trust the news media they themselves use. The perceived reliability of news found through search engines and social media remains stable and extremely low: just 23%. The data obviously vary from country to country, with peaks of 59% in Finland, 58% in Portugal and 57% in Denmark. In Italy we reach 40%, ranking in twenty-first place.

Interesting is the figure for France, where confidence in the news has dropped to 24%: a decrease of 11 points compared to last year, mainly due to the coverage of the Yellow Vest issue, considered unsatisfactory by most.

According to the report, “Worries about the quality of information may be good for trusted news brands”. At least 26% of respondents declared that they had only started to rely on more “respectable” sources and another 24% said they had stopped using sources that had a dubious reputation in the last year, “But the often low trust in news overall, and in many individual brands, underlines this is not a development that will help all in the industry”, the report said.

Despite the efforts made by the industry, in the last year, there was only a “small increase in the numbers paying for any online news” – whether by subscription, membership, or donation.

The Nordic countries swelled at a greater rate than the rest of the world (up to 34% in Norway and 27% in Sweden), while the US remained at 16% “after a big jump in 2017” some bluntly describe as ‘The Trump Bump’.

The bad news is that even in countries where there is a higher willingness to pay for news, most people only pay for one subscription, reinforcing the vertical logic of the market. For this reason, while the industry leaders continue to grow (the New York Times reached 3.3 million digital subscribers, the Wall Street Journal 1.5 and the Washington Post 1.2) the regionals struggle to to adopt this system broadly. “Most people are not prepared to pay for online news today and on current trends look unlikely to pay in the future, at least for the kind of news they currently access for free,” the report warns.

Can audio save us?

The Guardian, Washington Post, Politiken, AftenPosten, The Economist and Financial Times, to name just a few: there are many publishers who have launched daily podcasts in the last year.

Over a third of respondents (36%) said they have consumed a podcast in the last month. But only 15% of them say they consumed one about news, politics, or international news.

Podcasts disproportionately appeal to younger audiences: Half of under 35s have used a podcast monthly compared with less than a fifth of over 55s. These older listeners are twice as likely to consume traditional radio news as the young. And smartphones are driving this trend: In the UK, 55% of listening takes place via smartphone, a figure that rises to 62% for under 35s.

The growth of populism is putting enormous strains on left/right political party systems, but it is also raising new questions for journalists over how to satisfy a readership that no longer splits easily along traditional lines.

For this reason, the Reuters Institute has decided to add a “populist dimension” to its study of media consumption.

Based on this metric, the report showed that the favorite news source for those who call themselves populists is television. These data will support those who argue that the role of social media has been overplayed when explaining the rise of Donald Trump compared with the part played by supportive television networks like Fox News.

In general, populists are no less or more likely to use social media as the main source when compared with non-populists. However, they are more likely to share and distribute news on social media and take part in groups about news and politics. They tend to prefer Facebook, whereas non-populists gravitate towards Twitter. According to the report, in most Western countries left-right perspectives still have a bigger impact on media choices than populist attitudes.