Notre Dame will be there tomorrow. Thanks to yesterday’s teachings

Already 200 years ago there was a plan to rebuild the cathedral and today in Versailles the oaks for the roof have already grown and are ready to be cut. Planning the unthinkable is the right way to prepare for the future: an ancient lesson that is born in the forests but reaches the Arctic. 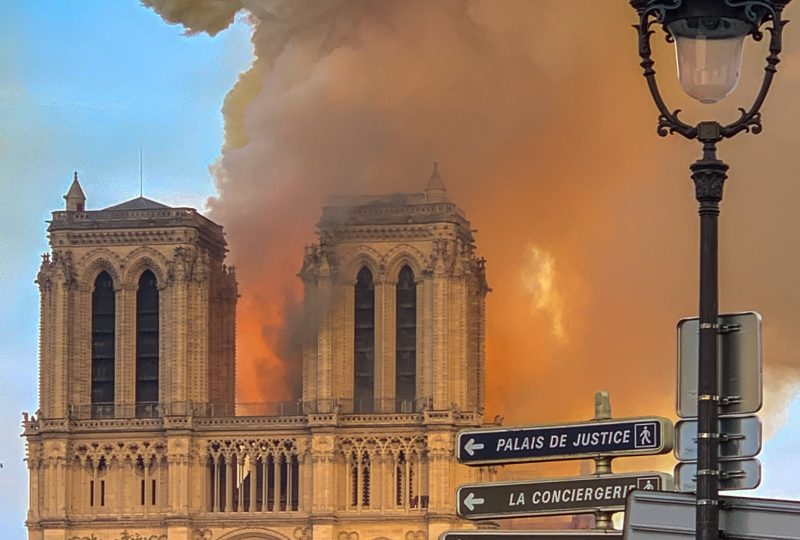 The ashes of Notre Dame are still warm and we have not yet come to terms with the damage that has torn the heart of Paris and has turn centuries of art and history into smoke, striking a collective image that is not only of the French but of humanity as a whole. And already people are talking about the duty to put stones, wood and symbols back on their feet. Fortunately, the fire is not the tragedy that was feared: the spire collapsed, the roof burned, but this “pillar of the earth” (as Ken Follet defined the cathedrals) has strong bones and will return to its splendor over time.

Thanks also to the Paris fire department, which in addition to professionalism and courage have been able to count on a rigorous and effective protocol, very modern because ancient: first of all save the people, then the works of art, then the altar and if possible the furnishings, and then finally – almost against instinct – focus on the structure. In this exact order. Because the intervention plan, in force since the last time the cathedral was destroyed and sacked (in the Revolution of 1789), strictly specifies what can be reconstructed, so it can wait, and what has priority instead because it is unique and irreplaceable.

But this is a procedure, almost an instruction book. The magic begins here, with a fantastic lesson to remember and bring with us: right away for the future, because never like this time Future is Now. The spire and the beams that supported the roof cover are 160 years old, so ok, just look for a nice weathered wood that replaces them and you can redo the cathedral. But there is no need to look for them: there are already oaks for new beams. They have been waiting in Versailles for over a century and a half to exactly accomplish this task: they are the substitutes for the oaks cut to rebuild Notre Dame in the 60 years after the Terror.

In short, while the symbol of Paris was resurrected, six or seven kings and emperors passed: a very long time, far beyond the concept of planning as we understand it today. Instead, in the past buildings were for eternity, taking care to foresee the inconveniences and the corrections. To preserve itself, civilization must look beyond the lives of individuals: society grows and thrives if the elder plant trees in whose shade they know they will never sit. But also donating books to a small neighborhood library fulfills this task.

The Long Now. Let’s imagine the frustration of the fire brigade in following the protocol while the roof burned around. They wanted to do more, but it will be the foresight of men dead in the mid-nineteenth century to get the cathedral back on their feet. Because it happened, and it will happen again, but the oaks of Versailles are ready. An organization is based on projects and on people who put them into practice. For very improbable episodes we Italians say “with every death of the Pope”, but it is too little: we must think of events that may happen once a century, especially when there are cities and civilizations thousands of years old at stake. There is also a foundation, “The Long Now“, which wants to sow a long-term vision: so long that it was founded in 01996 (that’s right) and has a goal of 10 thousand years.

We are talking about a habit inherent in human history and yet that we have lost: the ability not to plan, but to prepare for the future even without knowing what it will hold for us. The example of the trees of Versailles is suggestive but not unique. Venice had grown fir trees in the Cadore area since the year 1000 for the galleys and beech trees for oars: 600 years later those forests stopped the Turks in Lepanto. Napoleon planted poplars and plane trees to shade the streets traveled by soldiers, knowing that it would take 20 years to grow them. In England, Wellington planted oaks everywhere, then he made them the ships with which he defeated Napoleon at Trafalgar. Always oaks are part of the heritage of Oxford colleges: they are left to grow for centuries to replace the ones that will age.

The example of the Global Seed Vault. Set aside seeds today to have a harvest tomorrow: that’s exactly what the Global Seed Vault does, a maxi-technological fridge built under the ice of the Svalbard islands to house plant seeds from every continent. Preserve all genetic varieties in the hypothesis that some mutation (or disease) makes them sterile, thus threatening humanity with a terrible global famine. More than a million seeds of 6000 species are stored there.

A helping hand from technology. Finally, we return to Notre Dame and the plans to rebuild it. The technology will help builders and carpenters: not only the detailed 3D maps generated by the art historian Andrew Tallon, who traced every detail with the laser, obtaining precise reliefs of up to 5 millimeters but also the scenarios recreated in the video game “Assassin’s Creed” for an episode set in Paris. The artist who took care of the project, Caroline Miousse, took two years to refine the appearance of Notre Dame, down to the detail of each stone.

Every loss brings with it a pain. But it is followed by the hope of reconstruction, a rebirth. And looking to the future it is reassuring to think that a loss, however serious, can be mitigated even by only accepting that the worst can happen. And we can do our best, getting ready to face it in time.