Changemakers schools, for a transformative education 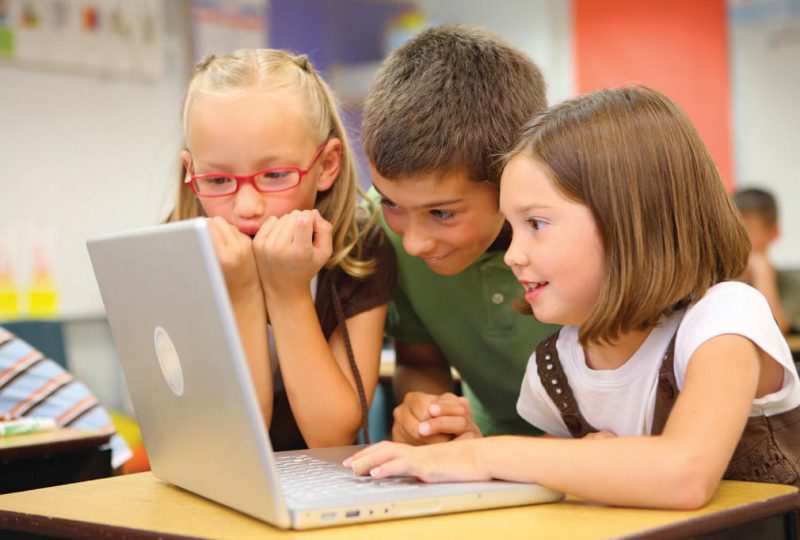 “We must change everything if we want everything to remain as it is”. At a time of great transformation like the present one, this quote from “il gattopardo” may seem in some ways anachronistic. The attitude to change, however, is a quality that must be trained and it is necessary to ensure that the world of education is aware of the importance of certain competencies and favors their development among the young, which must be this transformation leading actors. The “Changemaker Schools” project promoted worldwide by Ashoka is born with these assumptions. But how to bring this change?

The initiative was also taken to Italy, where the first phase of the “Changemaker Schools” project ended a few months ago. We talked about it with Luca Solesin, Program manager of Ashoka Italia.

The Changemaker school project, what is it?

It is an international project, born from a reflection on the role of education and school in the growth of young people. The project starts with an awareness of the changes taking place: the speed of this change is accelerating and the world of training cannot be left behind.

The way school is conceived today risks to be overcome?

During the life of a person, many transformations take place and this forces us to be prepared and predisposed to change: we are destined to change jobs, ways of living, perhaps the city and the country, a lot of things. The only constant today is change itself.

The previous model, which could be considered valid until a few years ago, involved educating people about a job: just think of the world of vocational training or craftsmanship. Today, however, this can no longer work, it is important to be flexible, to adapt to change, but also to be able to transform society: we must be actors, or rather protagonists, of change.

How does the world of education fit into this context?

We need to educate children about change. The approach to education can be divided into two major blocks: that of adaptive education and that of transformative education. The first is to change the world of education starting from global trends. The second, on the contrary, aims to provide the tools to shape this change, offering the skills that society will need to renew itself and continue to be better. We are convinced that in this historical moment a transformative education is needed.

In reality, this is nothing new: the four pillars of Delors’ learning – learning to be, learning to do, learning to live together and learning to learn – remain valid even today, they should only be relocated to our reference context.

What are the fundamental skills, then?

We have identified some competences that we consider essential to allow young people to be protagonists: empathy, entrepreneurship (in a broad sense), new leadership (a different way to guide society) and an aptitude for change. We believe that these skills must be the new literacy: they are and will always be more and more fundamental, as have been in the past the ability to read and write and to do calculations.

This is where changemaker schools enter in play…

Exactly. To ensure that these skills become the norm, bringing a paradigm shift, we have decided to rely on some schools, of different order and degree: we cannot teach these skills to 9 million children, it would be impossible. So we decided to use a work methodology from our experience with social entrepreneurs in education. We have identified a community that is already aligned, with lighthouses, examples, leaders of change, who are already playing this game by applying these skills in their educational projects.

If these leaders can recognize themselves as a community and can connect they can get as much as 16% needed to initiate social change.

Once an innovation reaches 16% of the population, to increase the remaining part and reach 100% the increase is exponential. It may take 10 years to get from 1 to 16%, but once you get to this value, it takes very little to reach everyone else. It is a phenomenon that also occurs in nature and works in exactly the same way: it has been shown that when in a fish school the 16% turn and change direction then all the others behave in the same way. There is always a first little fish that turns, which behaves differently than the mass and maybe it is shown as strange or different. Here, that first fish is the Changemaker Schools.

What are the objectives of the project?

Our objective, at the macro level, is that these schools change the paradigm of Italian education so that transformative education can be brought into our system, that it teaches young people the skills to be protagonists of change and to guide the transformation of society. These schools are the first community, the one that must indicate the direction.

How did you find them?

We have used internationally elaborated criteria since the program is active all over the world. Obviously, every country emphasizes the things it considers most relevant.

We had a particularly careful look at teaching and leadership, while other countries were more interested in other components. This is because in Italy we have a serious problem of educational backwardness and the attitude to change in our country, particularly in the school sector, is very low.

In Changemaker Schools, therefore, we looked for vision, active learning, innovation, influence, and change leaders. Then each school has its strengths, from which the others can learn. What unites them all is the aptitude for change.

Besides the attitude of change, what do these changemaker schools have in common?

These schools in many cases have an enlightened leadership, able to create a team around them that supports them in the project of change. In these schools, a sort of middle management has been formed, even if it is not officially foreseen by the school organization, a group of teachers who firmly believes in what it does. In these schools, we are sure that, even if the manager leaves, the desire for change would not cease. Thanks to alignment and organizational well-being, good practices become a culture and this is the passage that allows change to survive by feeding itself. These are aspects to which we have paid great attention.

How many schools with these characteristics are in Italy?

We have met hundreds and hundreds of schools that we can define as Changemakers, but we have chosen only eleven. The goal was not to select the highest possible number of reality but to identify the very leaders, those who can be influential and inspire others as well. The identification of schools has seen several phases, from a complete mapping to a visit to schools.

The selected schools have already had the opportunity to meet during an event that took place in Florence at the end of May. How did it go?

What are the next steps?

The next step will be to succeed in aggregating, no longer identifying schools but disseminating this culture of change. We do it essentially in three ways: working on changemaker teaching, with internal laboratories for the selected schools so that they can exchange good practices and develop replicable models, working with other schools for dissemination, to demonstrate that change is possible through workshops of teacher training, and through communication, finding channels that arrive on a large scale and that reach the target audience.

Once we reach that famous 16%, there will be change for everyone.