The Circle doesn’t talk about our future, but about our present

The movie The Circle, released in April 2017, poses us moral questions centuries’ old, and the time has come to try and answer them. 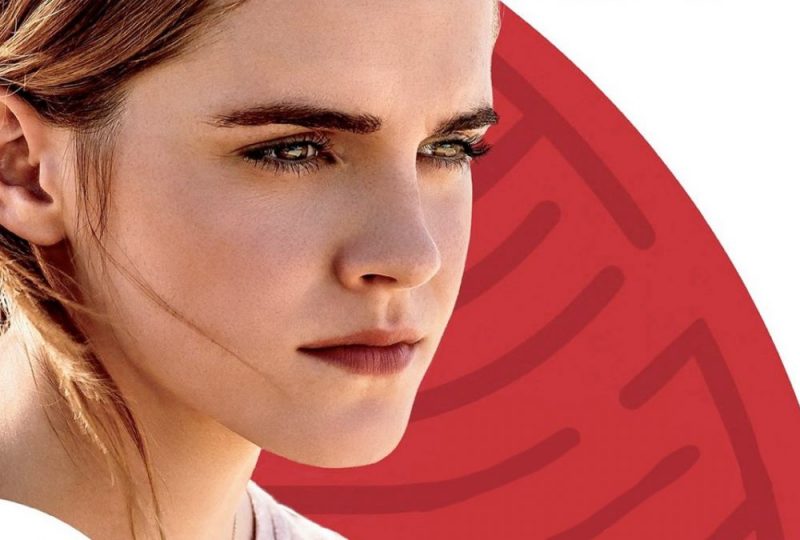 They will present it as a science fiction film because that’s how the book from which it is based was also written, published in 2013 by Dave Eggers and published in Italy by Mondadori. But do not be fooled: The Circle does not talk about the future but about our present.

Only a few months have passed since Mark Zuckerberg launched his manifesto for a better world and the film The Circle could not come out at a more appropriate time to focus on what really is written on those pages.

The vision of Facebook on transparency as a mean to make people become a better version of itself is not new: in the book by David Kirkpatrick published by Hoepli in 2011, in the chapter dedicated to the topic of privacy, we read, citing an interview of 2009:

Like some of his colleagues, Zuckerberg also believes that we will fight to create a healthier society, if we openly acknowledge who we are and if we behave the same way with all our friends. In a more “open and transparent” world, people will have to respond to the consequences of their actions and will be easier to act in a responsible world. “Bringing people to that higher level of openness is a big challenge,” says Zuckerberg, “but I think we will succeed. But I think it will take time. The idea that the world will be a better place if we share more is a thought that sounds strange to many people, and comes into conflict with privacy concerns.”

Even if the film of The Circle is not yet in theaters (we can have a taste thanks to the trailer), the book offers us a lot of food for thought on our present touching a theme on which we questioned ourselves for centuries and to which we have applied the most diverse solutions.

The question is put very clearly in the book: “Who would commit a crime knowing that they were being monitored at all times, everywhere?”. And again: “But my point is: and if we all behaved as if we were observed? It would lead to a more moral way of life. Who would do something immoral or illegal if he knew he was being observed? Or that the illegal transfer of money is easily traceable? Or that the caller’s phone call is promptly registered? Or that the assault on the service station is filmed by a dozen cameras, and the retinas of criminals identified during the robbery? Where is the behavior of the womanizer documented in a dozen ways?”

However, the answer is much less clear and obvious: we go from the extreme optimism of those who are convinced that technology can be the answer to all our problems (“[…], this will be the beginning of a new golden age for young people: an age without worries.”) to the alarm of those who believe that men are not destined to know everything and that we would end up being false in every single gesture of our day, that not all our activities can be object control and measurement and it is deeply wrong to go in this direction, considering that, in addition to everything, systems like Facebook are not really the community, but are in the hands of individuals who have the potential to manipulate information and present a filtered reality to their users.

It is not the first time that we are faced with this theme that, although with different shades is the center around which the first episode of the third series of Black Mirror, dedicated TV series and all the dark sides of technology, as well as in the great classic “1984” of Orwell.

But this is an ancient dilemma that we have been asking for several centuries, triggering discussions on the true nature of man.

Already in the fifth century BC, the sophist Crizia spoke to us of the invention of the gods as a form of control over human actions, where laws and institutions could not arrive: only with the idea that there is someone who sees everything we do, we would be brought to follow the moral rules that allow society to live in harmony, going against our true nature. The gods would therefore be a brilliant invention that allows us to achieve this goal.

Today we live in a world where, with technology, we can really get to control everything that happens, and some believe that with it, we can replace that god, as a collective. Again, in Eggers’s book you can read:

“Now all human beings will have the eyes of God. Do you know this passage? “All things are naked and open under the eyes of God”. […] “Now we are all God. Soon each of us will be able to see and judge everyone else. We will see what He sees. We will articulate His judgment. We will inculcate His wrath and grant His forgiveness. At a global and constant level. All religions awaited this moment, the moment in which every human being becomes a direct and immediate messenger of the will of God. […]”.

And then we open the newspapers today, and we find disconcerting news. We read about individuals and groups of people, who commit atrocious crimes and do it in the light of the sun, they film it, and put it online, challenging the rules of common sense. Assassins, rapists, harassers: they have no qualms about going out into the open and uploading to Facebook or other platforms the overwhelming evidence of their guilt, as if to blame the fact that punishment is not a deterrent to their actions, that being seen and controlled does not change the way they behave and can, indeed, become a tool to deliver to the world, amplifying it, their crazy message. Our ignorance, our inability to understand the human soul and to find a way of being a society that shares rules and values, inwardly and not only online, beats us in the face.

Eggers also does this, which places us in front of a reality not very different from the current one, where those working at The Circle are convinced that “EVERYTHING THAT HAPPENS MUST BE KNOWN”, where transparency becomes such a value that not only changes completely the concept of privacy, but, we get to consider it a damage to those around us, expressing this concept with the slogan: “Privacy is a theft”. Everyone in this world shares everything they do, say and think. The truth lives only online: if you go to a party and do not share it on social media, it’s like not being gone. All our actions, even the most intimate ones, are measured on the basis of the reactions of others, based on a review, a score.

Are we sure we want to live in such a world? Are we sure we want to give more weight to the outer sphere of our actions, totally forgetting the inner one? Are we sure that it is right to replace our trust in religions or institutions with unbridled confidence in the technology and tools that it makes available to us? Personally, I like to think that what is inside us is worthy of being at the center, that our human qualities are what defines who we are more than any score or review, and that we need to find a new balance that takes into account of both spheres, the collective and the individual that today has broken and risks splitting society in two, between those embracing the new technological world and those who do not.