Transformation of the world of work: what weapons to build success?

Soft skills and lifelong learning will be two fundamental components for the work of the future. Some tips for dealing with change are a return to the past and they come to us from a series of volumes, released in the United States a few years ago 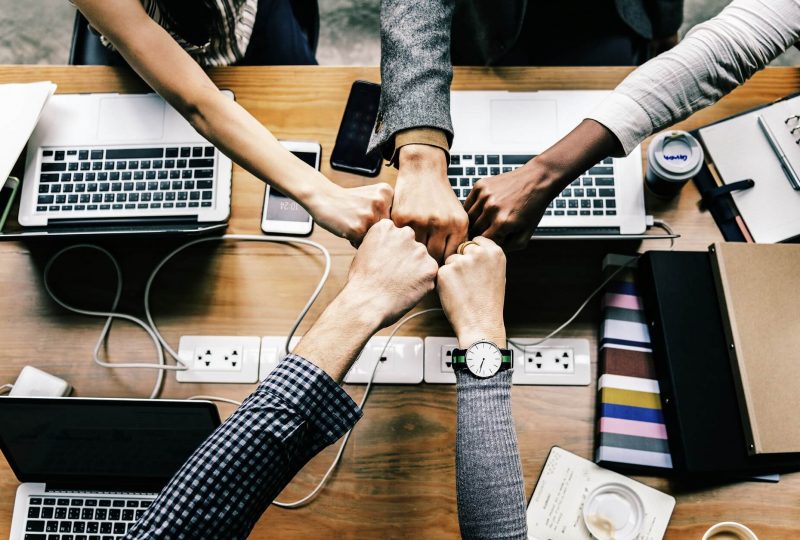 Technical knowledge, human and personal skills and lots, lots of training, continuous and of high quality. These are the fundamental weapons to face the work of the future: recent studies, illustrious business, and academic personalities say this and there were those who supported it already in the first half of the last century: the ideas of Dale Carnegie, American writer, and trainer died in 1955, it is still so present that Bompiani recently published in Italy six of the author’s books that were available only in the United States.

In the world of the future of robotics, smart vehicles, self-learning machines, and artificial intelligence will be part of our everyday life, if the world of work changes, we too will have to change and education and training play a fundamental role in this regard.

The six new books by Dale Carnegie are part of a series of 10 volumes that will be completed in 2020, entitled “Build your success”. The books, translated in Italian, deal with various themes ranging from leadership to career, from communication to relationships. The books represent a clear example of the virtuous synergy that has been created between the publisher and the training company Dale Carnegie Italia, which has concretized a solid bond between the written tradition of Carnegie and the oral one carried on with the courses for companies and professionals. To further update the volumes there is the afterword, in which in each of the six books an interview on the subject was inserted, created with two master trainers Dale Carnegie Italia: Sergio Borra and Pilar Chaparro.

We interviewed Francesca Macciocchi, trainer and Marketing Coordinator of Dale Carnegie Italia, who oversaw the revision of the translations so that the language of communication was as coherent as possible with that of the classroom experience. With her, we talked about skills, the world of work and continuous training.

Why are the teachings of Dale Carnegie contained in these books still relevant?

The books are born from some original writings by Dale Carnegie, contextualized in our reality. Until a few months ago, however, they were not available in Italy: Bompiani, the publishing house that has been publishing Carnegie in Italy since the 1930s and with whom we have been collaborating for a long time, noticed them and decided to translate them, considering the interest towards the author. These books are particularly focused on career, soft skills and, more generally, the world of work: for this reason, they are included in this series entitled “Build your success”. There has also been a great job of translation and adaptation: the goal is to make the theoretical cues very tied to reality, to specific cases of companies and professionals. We are very keen that these volumes are consistent, from the point of view of content and language, with the activity we offer in terms of training. It is amazing how the books are full of current ideas, topics which Dale Carnegie could not have known about but which he dealt with, albeit indirectly, already in the first half of the last century: from multiculturality to multimedia communication.

Communication, empathy, leadership, and problem solving: which skills are important in the world of work?

In the books but more generally in his vision, Dale Carnegie focuses on the human side of business. Today very often these aspects are left out, but in reality, those are very simple skills and should be the basis for any group. Often, when one enters the professional world, one mistakenly thinks that the economic-financial spheres must be above all the rest and human resources are used more as pawns than as persons. The books arrived at a particular time: when the digital transformation began, the separation from face-to-face relationships was particularly strong. Today, however, companies are entering a new era and these skills are finding a prominent place again. Even the World Economic Forum has included some personal characteristics among those most sought after by companies, alongside those of a technical nature: ability to work in teams, emotional intelligence, empathy, leadership, ability to make decisions, flexibility, they are all fundamental skills to face the challenges imposed by the market at a time of great change.

One of the books in the series deals with leadership. What characteristics must a good leader have today compared to the past?

The figure of the leader has evolved, we have come out of the stereotype for which “boss” means “leader”. Today the leader allows the team to be inspired, motivated and involved. In this way, the vision team is aligned with that of the company and this creates strong relationships. The leader must start from the ability to look ahead, be somehow a visionary, but at the same time be able to plan and set goals that are achievable and specific to each one. In this way, the team feels to be heard and understood and is willing to make itself available to the company. The key words are sharing, involvement and motivation, but also consistency and reliability. The human aspect of the leader is increasingly important.

Let’s talk about training. How can these skills be stimulated in young people?

In some cases the world of education has still proved unprepared for these issues and these changes: today, however, there are many projects, some carried out by our reality, which aim to fill this gap. The approach must be linked to experiential training, which can offer children not only orientation but also inspiration. Training young people in this approach is essential and in many countries have been aware of this for some time. We are slowly coming to Italy too.

The world of work changes at great speed and continuous and constant training seems necessary. How do companies behave?

In times of crisis, it cuts into the human resources sector and, therefore, also into training, but this is a mistake and fortunately, many companies, a few years after the economic crisis, have begun to notice it. Today there are also many studies that confirm what I have just said, which have opened the minds of entrepreneurs on the subject. Investing in training is the key to retaining talent within your company: otherwise, they tend to leave and in the team remains only those who resist change and are counterproductive for the company. Many times companies ask themselves: “what if I educate people and then they leave?”, The correct question, however, should be “what if I do not educate them and they won’t leave?”.

In a context like the current one, what advice would you give to companies and professionals to ride change, rather than suffer it?

For the companies, the key word is “agility”, so building a clear goal within the team, based on creating value for the market. Here the task of the leaders is to create an environment of trust and psychological security, in which people are empowered, committed and customer-focused. Those who lead the organization must focus on the development of processes and procedures that keep activities “on track”. And then lots and lots of communication: addressing the concerns of employees, helping them to see the benefit of change for their role. Only in this way will it be possible to develop one’s capacity for action in the face of new insights and market needs.

For us, as professionals, the first step is to become aware that in our past we have already lived and passed changes and put ourselves in the positive attitude that let us say “we will make it this time too!” So we develop self-confidence and can ask ourselves the question “where do we want to get thanks to this change?” We create a medium and long term vision, then “break it up” into small activities that are easier to reach. The advice is to always start from our certainties to reach new goals. We allow ourselves moments to let ourselves be transported, to let ourselves be contaminated, to be open and receptive, evolving together with change. And re-enact our goal along the way.