During the event, which was also attended by the Impactscool team, Minister Di Maio spoke about technological development 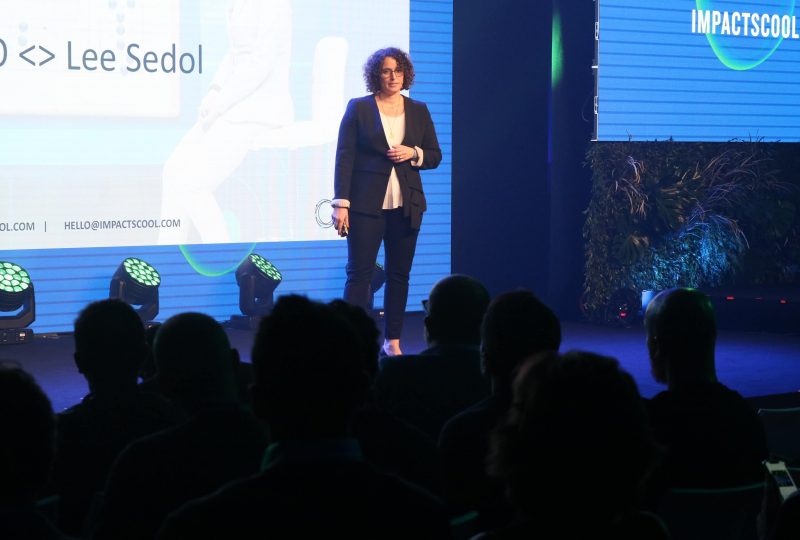 Two days of conferences, workshops, debates and meetings, with over 1,500 presences. Futureland, the international event dedicated to technology and innovation, was held the 15th and 16th of November at the Talent Garden Calabiana headquarters in Milan, and the Impactscool team was also there. The 2018 edition focused in particular on three emerging technologies, that have the power of modifying productive processes and strongly impacting our society: artificial intelligence, blockchain and immersive technologies (as virtual and augmented reality).

The speech of Minister Di Maio

Among the guests of the final day there was the Minister of Labor and Economic Development Luigi Di Maio who, surrounded by a large number of journalists, visited the stands of exhibitors, including that of Impactscool, and then took action on stage, interviewed by the founder of TheFab Lab Make it Real Massimo Temporelli. “Surely there will be no work without economic development – Di Maio said – and that’s why we decided to merge the two ministries. If we can tie the technology to the productivity of companies, we must not be afraid of losing jobs: some jobs will change, but if productivity increases, will also increase jobs. We are realizing the speed with which the professions are transforming: between the agricultural and industrial revolution 10 thousand years have passed, between the industrial and the technological one, there is little more than a century. This process of transformation, so fast, necessarily requires a direction of the State. We experienced an economic boom in the 60s linked to investments in motorways, bridges and railways, but now we have to invest in the highways of the future, the digital ones: the 5G and the ultra-wide band. These “enabling” technologies will allow the development of artificial intelligence, blockchain, augmented reality and virtual reality. As Minister for Economic Development I am carrying out a series of interventions on these technologies to succeed in creating more opportunities as Minister of Labor “.

Stomped by Temporelli, Di Maio then clarified that the budget manoeuvre and the main measures desired by his government, basic income and pensions, not only affect the neediest but also the business world: “At the base of the budget manoeuvre – he explained – there is the theme of innovation. Anticipating retirement will allow many companies and the public administration to change the jobs of new hires. Entering the new generations into the world of work will allow us to transform some sectors that are obsolete today. The other aspect is training. Pensions and citizenship income are measures that will allow us to regenerate the Italian work force, to create new ones and to be able to form them continuously “.

As for strategic investments, Di Maio has ensured that “we will have a fund of 45 million euros from the MISE with which we will be able to launch experimental blockchain projects. We want to launch a supply chain that can help us in the fight against Made in Itay counterfeiting, thanks to traceability. For this, we will start a project, which could start from the textile industry, and then introduce the blockchain at full capacity. For the blockchain, but also for artificial intelligence – the Minister continued – a MISE Call for Expert is underway. We will select the candidates to create these commissions with the aim of forming the two national plans of the two sectors. On the other, we want to dwell on the ethical issues of artificial intelligence and create more information.

Impactscool also participated in Futureland: during the two days in Milan, the team presented its activities and its mission to the visitors of the event and proposed an exercise dedicated to the future of work, from which Impactscool will publish a short study. Furthermore, Cristina Pozzi and Andrea Geremicca were among the speakers and took part in conferences and moments of confrontation.

In addition, Cristina Pozzi, Ceo and Co-founder of Impactscool, took the main stage of Futureland just before Minister Di Maio. In her speech, from the provocative title “Human vs Machine”, Cristina focused on the importance of a human-machine collaboration, fundamental for improving society.

“Often – explained Cristina – we were led to see a contrast between man and artificial intelligence. However, is it the correct approach? We must always keep in mind that artificial intelligence is an instrument, created by man with the aim of helping him, not to fight him. We have to change the way we look at artificial intelligence: only in this way, can we improve our society and build the future we want to see. The world is changing very fast and the AI is one of the tools that are promoting this change: yes, maybe we must be able to adapt to these changes, but we must do it wisely and also considering the ethical and social impacts of the development of this technologies to achieve the best possible impacts”.

Live from #FuturelandCristina Pozzi talks about a new story of men and machines.