“Beyond the Moon”: the Verona Science Festival starts from space 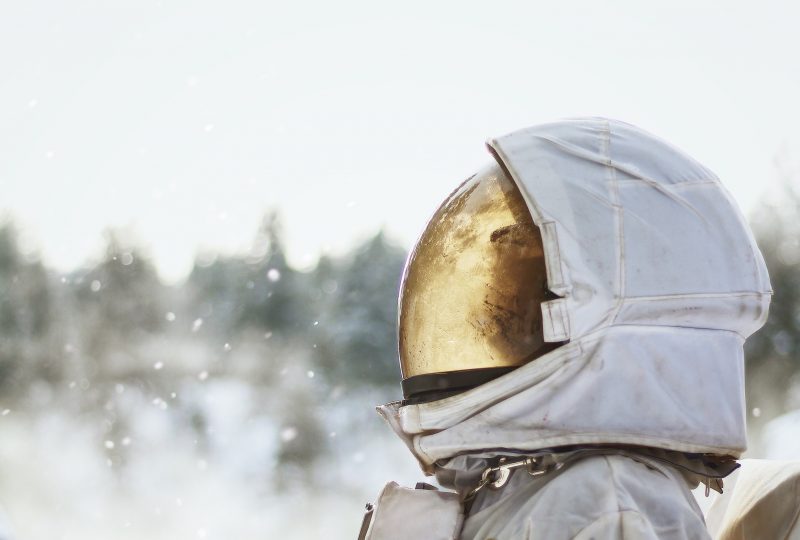 Starting from 2019 Verona will have its own Science Festival. The exhibition, whose first edition is scheduled from 15 to 24 November, presents a program full of initiatives and activities aimed at different targets with the aim of bringing everyone closer to science. On the occasion of the 50th anniversary of the man’s landing on the moon, the choice fell on the theme of space exploration, which will be explored through conferences, workshops, events and an exhibition.

The Festival, in which Impactscool will also participate with its own workshop, aims to be the basin through which to educate, promote and raise awareness of the area on scientific and multidisciplinary topics. It is organized by the Verona Science Association, a non-profit organization, which in a short time has managed to gather various companies operating in the sector at local and national level.

We talked about the Festival with Caterina Lorenzetti, President and General Manager.

How did the idea to bring a Science Festival to Verona come about?

The Festival was born spontaneously and in 2019 there were a series of conditions that led us to realize this project. The most relevant was the opportunity that was offered to us by our main sponsor, Cerea Banca. The bank opened a branch in Verona at Palazzo Orti Manara and expressed the desire to organize an initiative to enhance this splendid venue.

How did the contact with the rest of the team come about?

After the proposal by Cerea Banca, the project developed from the encounter and confrontation with the “Scienza Divertimento” Association and, in particular, with Francesca Tezza, Petra Grigoletti and Giulia Zanetti . We started in May, maybe a little late, but we immediately started working with great synergy, supporting and providing the team with skills and knowledge.

What answer did you get from the territory? Is there a “desire for science”?

The idea is very pleasing and many are telling us “finally a Science Festival also in Verona”. We have established important synergies with institutions, such as the University of Verona and the Milan Polytechnic, and associations and realities in the area. We found a lot of enthusiasm and openness to collaborate, many people immediately believed in the project and wanted to do their part.

We have chosen the theme “Beyond the moon” for the 50th anniversary of the landing: it seemed right to us to inaugurate the Festival in this way. Then also on a personal level I have always been fascinated by everything that goes beyond life on Earth, so the choice was quite natural. It is a transversal theme that can affect and involve different targets, to bring everyone closer to science.

Unesco data say that only 30% of women take up scientific careers. You are a team of women only: how do you comment on this?

What I am discovering in organizing the Festival is that researchers and scientists can be considered real creatives. I have a humanistic background and before this experience I had never touched this aspect with my own eyes, but it made me think a lot: science is often associated with something purely “technical” and perhaps it is also this aspect that helps to distance us women from STEM careers. I believe this creative dimension of the scientist is very much in line with a feminine attitude. Our team is actually made up of four women and we decided to dedicate some of the Festival’s events to the “women and science” duo.

Let’s move on to the very broad program for a first edition. What can you tell us?

The program is very broad and ranges from conferences with high-level guests and speakers to workshops for younger people. The main focus will be on the exhibition “La luna. And then? ”, Sponsored by the Italian Space Agency in collaboration with NASA and SServi and organized by the Rovereto Civic Museum Foundation. The city of Verona will thus host an exhibition of international scope and level, to which many guided tours will be dedicated during the days of the Festival, aimed at children, schools and adults. Moreover, during the mornings there will be interactive workshops for schools thanks to the collaboration of various associations. Finally, afternoons and weekends, activities and events are scheduled for which it is necessary to register on the Festival website.

What was the response of the schools?

The activities for the schools were extremely successful. We strongly believe in the informal education that festivals like this can offer: these are all those activities that go beyond the traditional school and allow us to develop knowledge and skills in a playful/didactic way.

A look not only “Beyond the Moon”, but also beyond this edition. Are you already thinking about next year?

As soon as the Festival ends we will immediately get to work for the second edition, which will be even bigger and more national: we want this review to become an important reference point for the city, a tourism and innovation flywheel.