Is cosmology to be rewritten? The mystery of the Hubble constant 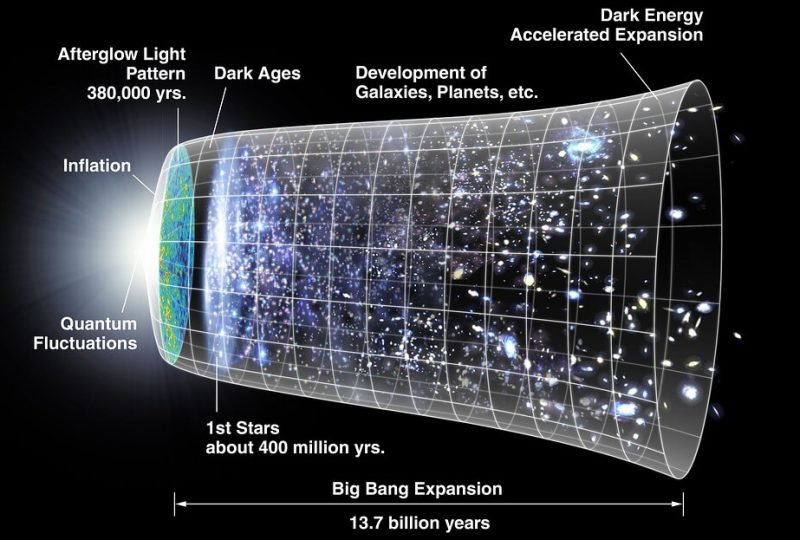 In 1929 the American astronomer Edwin Hubble made a discovery destined to change cosmology forever (the discipline that studies the origin and evolution of our universe). The scientist, based on pioneering observations that studied the motion of galaxies in relation to their distance, came to the conclusion that our universe is expanding: the galaxies, in short, get further and further away from each other, and they do it in a homogeneous way. In particular the astronomer enunciated a law (the “Hubble law”, in fact) that foresees a relationship of direct proportionality between the speed of recession of the galaxies and their distance from us: in short, if a galaxy is twice more distant, it will move at double speed, and so on (to be honest, another cosmologist, the Belgian Georges Lemaître, came to the same conclusions independently, so much so that recently he proposed to rename the equation in “Hubble-Lemaître law”).

The Hubble constant. Hubble’s discovery was revolutionary because until a few years earlier it was a common opinion among scientists that the universe was actually static. Albert Einstein was so convinced that he came to correct his relativity equations by adding an arbitrary term, called “cosmological constant”, that “prevented” the universe from evolving. The German physicist then admitted the mistake, even calling it “the most serious of his life”, although recently his cosmological constant is back in fashion to explain one of the greatest mysteries of modern physics, dark energy (but this is another story).

Returning to the Hubble law (better, of Hubble-Lemaître), the constant of proportionality between the speed of the galaxies and their distance is called, for lack of imagination, “Hubble constant”. This is a very important parameter, which gives a measure of the rate of expansion of the universe, that is, how quickly this happens. Well, it may seem incredible but 90 years after its definition there is still no agreement within the scientific community on the exact value of this constant. For a very simple reason: the two main experimental techniques used to measure it provides two significantly different values, so as to be incompatible with each other.

How is the expansion of the Universe measured? And this is certainly not about improvised methods. The first is the SH0ES project (Supernovae, H0, for the Equation of State of Dark Energy), led by Nobel laureate Adam Reiss, which uses a series of “local” measures that together constitute the so-called “cosmic distance scale”, which is used to determine the distances of celestial objects. All thanks to the Cepheid pulsating stars, used as a reference as “standard candles“: in fact, they have a very close correlation between their pulsation period and their absolute brightness, perfect for measuring distances. With the help of observations from NASA’s powerful Hubble space telescope and ESA’s Gaia satellite (the European Space Agency), Reiss and colleagues have recently refined the measure of the Hubble constant, fixing it at a value of about 74 kilometers per second per megaparsec, with an experimental uncertainty of less than 2%.

The second method instead considers a much more remote universe in space and time: the primordial one, dating back to the moments following the Big Bang. There is still a trace of that universe, the so-called cosmic background radiation, a sort of microwave derelict that brings invaluable information about the first moments of the universe. By studying the small inhomogeneities of this radiation, which permeates (almost) perfectly the whole universe, it is possible to trace the value of the Hubble constant. This is what ESA’s Planck satellite did, among other things, which mapped the cosmic background radiation between 2009 and 2013: based on the data collected, the estimate of the Hubble constant is equal to 67.4 kilometers per second per megaparsec. The values ​​obtained from the two experiments are physically incompatible: the discrepancy is, in fact, more than four times greater than the combined experimental uncertainties.

Two measures, one mystery. But is it possible that one of the two experiments is wrong? Hard. These are high-level international collaborations that have put in place the best minds and the best technologies available today for this kind of observation. To think that in one of the two experiments some gross experimental error has been made that has altered the measurement, therefore, appears very unlikely.

So how do we put it? Although cosmologists still maintain great prudence, the most probable hypothesis in the field is that it is necessary to review something of the so-called standard cosmological model, that is the theoretical framework on which cosmology is based (a model which, however, has so far received numerous experimental confirmations). In particular there are two possibilities: either the physics of the primordial universe was in some way different from the one we hypothesize (which would play against the measure obtained by the Planck satellite), or the most recent evolution of the universe is not exactly itself provided by the standard cosmological model (which would make the result of the SH0ES experiment no longer reliable).

In short, the cosmology of the universe may have to be rewritten, at least in part. A perspective that is at the same time exhilarating but also worrying for scientists, who at the moment do not know in what direction to move. A possible solution, however, is on the horizon. Another way to derive the Hubble constant, completely independent of the other two methods, exploits the information brought by gravitational waves produced by the fusion of pairs of neutron stars. In the coming years, thanks to the LIGO and Virgo experiments we talked about in a previous article, it is expected to observe dozens of events of this type, which will allow to have a sufficient statistic to obtain with precision the value of the Hubble constant. And at that point, it will be very interesting to see which way the scale will tip.