The prize, awarded by Israeli-Russian billionaire Yuri Milner along with Mark Zuckerberg and Sergey Brin, is often compared to the Nobel, but it is right to make distinctions. 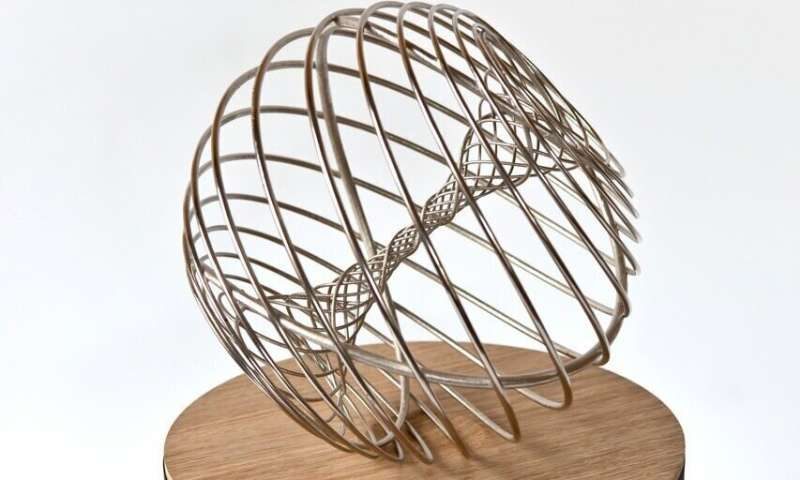 At the beginning of August, the national media gave some prominence to what is undoubtedly good news: an Italian scientist, the theoretical physicist Sergio Ferrara, won one of the “Breakthrough Prizes”, very rich awards given by the Israeli-Russian billionaire Yuri Milner – with the onerous collaboration, among others, of Mark Zuckerberg, owner of Facebook, and Sergey Brin, founder of Google – and destined to reward leading scientists in physics, mathematics and life sciences. The Italian physicist was awarded along with colleagues Daniel Freedman and Peter van Nieuwenhuizen (each of the three received a million dollars) for having devised a physical theory called “supergravity”, a very elegant and promising theoretical model, but still lacking an experimental confirmation. Some newspapers have given particular emphasis to this success, comparing it to the prestige of a Nobel prize. But is this really the case, or is it a good idea to go easy on it?

Let’s clarify a bit. In 2012 Yuri Milner, a Russian entrepreneur able to accumulate a genuine fortune thanks to fortunate investments in the IT sector, decided to allocate a part of his assets to the establishment of a prize for researchers who had distinguished themselves in the field of fundamental physics: a choice, the latter, not accidental, since Milner in his youth studied theoretical physics, graduating from the University of Moscow in 1985. The project of the Russian magnate then expanded, involving also other financiers including Zuckerberg and Brin, and in the following years, it led to the institution of prizes also for mathematics and life sciences.

Another Nobel Prize? But what are the characteristics of these recognitions, and what are the differences (and similarities) with the Nobel? Like the prizes awarded in Stockholm, the Breakthrough Prizes also take place once a year, for all three categories (while admitting special awards). The analogies, however, end here. A first important difference from the Nobel Prize winners is in the number of winners: in Stockholm there cannot be more than three per category, while for the “Breakthrough” there is no limit (so much so that in the past prizes have been awarded for entire international collaborations, such as for example, the one composed of over a thousand researchers from the LIGO and Virgo experiments, authors of the discovery of gravitational waves).

The most substantial difference, however, is another: even when they are assigned to theoretical scientists, the Nobels reward only theories that have passed, beyond any reasonable doubt, the scrutiny of experimental confirmation (for example Peter Higgs, the “ father ”of the famous boson theorized in the 60s of the last century, was awarded only in 2014, two years after the discovery of the boson). Another story instead for the awards of Yuri Milner: since the first editions the philosophy of Breakthrough Prizes was in fact to reward even scientists (in particular physicists) authors of experimentally unverified theories.

Over the years, for example, many scientists who have contributed to the development of string theory, a theoretical model that should combine Einstein’s general relativity and quantum mechanics, but whose experimental confirmation is decidedly unrealistic, received the rich check. And also the awards given this year reward a theory based on a model, the so-called “supersymmetry”, which predicts the existence of particles never observed before, despite the many attempts carried out above all in the experiments of the LHC accelerator at CERN of Geneva.

The critical voices. As in previous years, there have been critical voices against the choice of the Breakthrough Prizes committee. Among these is that of Sabine Hossenfelder, German theoretical physics very active in scientific dissemination thanks above all to her blog Backreaction, much followed in the field, and recently author of a pungent book entitled “Lost in math”, which takes aim (coincidentally) the tendency of many theoretical physicists to pursue, in their models, more the satisfaction of aesthetic canons than a concrete connection with reality.

On the prizes awarded for super-gravity, Hossenfelder pointed out, with a bit of malice, that the prize should fall into the category of mathematics, not of physics, given that the theory in question does not describe the real world. the awarded physicists, including our Ferrara, are certainly not the last to arrive. These are high-level scientists who have made important contributions to the development of modern theoretical physics. And besides this, Yuri Milner and his wealthy adventure companions naturally have every right to award prizes, with their money, to anyone they deem worthy.

However, in light of the substantial differences we have emphasized, it might be appropriate to avoid comparisons with the Nobel prizes: awards that will perhaps be a little outdated, and that sometimes lend themselves to some controversy (but the opposite would be impossible, we are human beings), but whose prestige and authority remain undoubtedly still unapproachable.