The earth’s temperature continues to increase alarmingly, and the anomalous cold wave in recent weeks is the proof 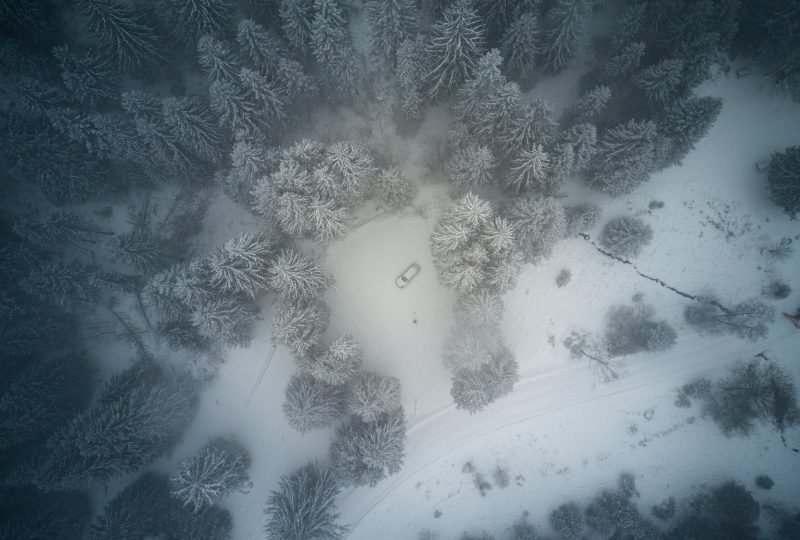 In recent weeks, Canada and parts of the northernmost regions of the United States have awakened to extremely low temperatures, which in some cases have even reached -50°. So much so that several voices were raised to argue that this is evidence of the non-existence of global warming, starting with US President Donald Trump, who, as he already did several times in the past, commented, via tweets, the wave of cold, diminishing the severity of climate change in progress.

In the beautiful Midwest, windchill temperatures are reaching minus 60 degrees, the coldest ever recorded. In coming days, expected to get even colder. People can’t last outside even for minutes. What the hell is going on with Global Waming? Please come back fast, we need you!

In fact, not only the anomalous cold of these days is not proof of the inexistence of the effects of global warming, but, rather, it is one of its consequences: according to scientists, in fact, the cold temperatures recorded recently would be the result of an anomalous extension of the polar vortex, the large area of low pressure above the North Pole, which could have gone so far south due to some changes in the distribution of winds, due to a too higher temperature of the atmosphere.

The numbers. There is a fact that, more than any other, should make us reflect on the fact that climate change is forever changing, and worse, the face of the Earth: in 2019 no meteorological station has yet recorded a cold record. According to climatologist Maximiliano Herrera, interviewed by New Scientist, this is unprecedented at this stage of the year. In contrast, as many as 33 stations in the southern hemisphere of the planet have recorded peak temperatures at historic highs. For example, in Noona, in New South Wales, on January 17, the night temperature remained above 35.9°: the hottest night in the history of Australia.

In general, the whole planet is getting warmer: during 2018, 430 stations recorded maximum temperatures, but only 40 of them reported historical lows. A trend that also concerns Italy, as also confirmed by the data of the Institute of Atmospheric Sciences and Climate (ISAC) of the Cnr of Bologna, released in a note by climatologist Michele Brunetti: “2018 was the warmer year since 1800 in Italy. With an anomaly of 1.58°C above the reference period average from 1971 to 2000, it surpassed the previous 2015 record (1.44°C above average)”.

If it is true that climate change is being discussed more and more often, the discourse may need new voices: like the one of 16-year-old Greta Thunberg, a champion of eco-sustainability that has become famous in recent months for her commitment to new environmental policies. The Swedish girl took the stage during the last edition of the World Economic Forum in Davos to denounce the devastating effects of climate change. To the public composed by the big names of world industry, finance and economy, Greta has addressed a very harsh speech: “Our house is on fire”, the young activist courageously reiterated.

#TBT to @wef: Hear @GretaThunberg‘s call to #ClimateAction. She is proof that we need to listen to the young generation for a sustainable future.pic.twitter.com/J0Sc7uG6Iv

Greta’s warning comes after another speech that the 16-year-old gave in Katowice, Poland, during the COP24, the international climate conference, in which she stressed that none of the measures taken so far has been effective in countering the effects of climate change.

The speech in Davos was the point of arrival for a long journey that led Greta to become a well-known activist for her commitment to the environment: in fact, since last year, on Fridays she started demonstrating against the lack of adequate environmental policies, picketing in front of the Swedish Parliament building with the sign “Skolstrejk för klimatet”, a school strike for the climate. In September, from her Twitter profile (where she describes herself as “climate activist, 16 years old with Asperger’s syndrome”) she launched the #FridaysForFuture call, creating a world movement made up of young, and very young, people who find themselves on Fridays to inspire greater awareness about global warming.

A lesson that comes from below and that, hopefully, everyone can learn, skeptics of climate change and serial twitters included.

It has been two intense weeks, made of negotiations and...

Global warming: there is a deal, but it’s not time...

We have 12 years to save the planet