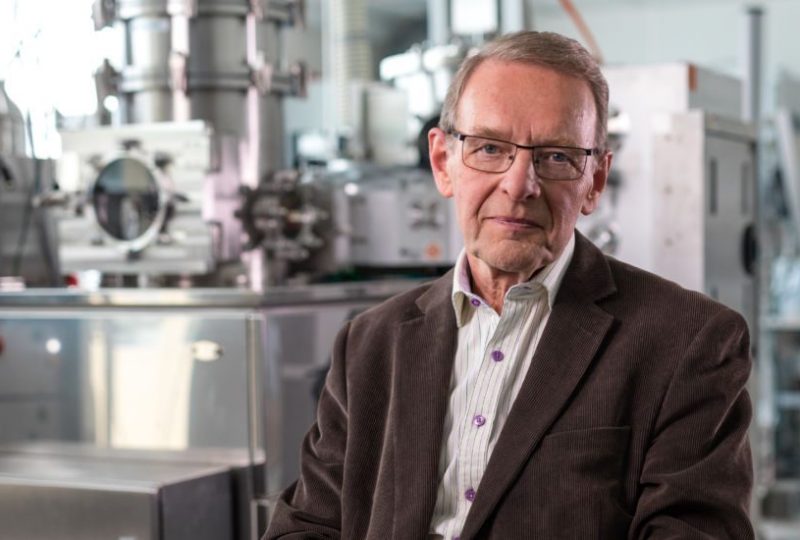 The Finnish physicist was awarded for the ALD technique, Atom Layer Deposition, which allows the coating of materials with superconducting or insulating films. The spread of its application has marked a turning point in the electronics industry

There are innovations that can revolutionize an entire industry. This is the case of the ALD technique, the Atom Layer Deposition, developed in 1974 to replace screens in hospitals, considered too bulky, with electroluminescent flat screens. 44 years after its birth, this technology is still extremely current, so much so that its creator, the Finnish physicist Tuomo Suntola, received the Millennium Technology Prize, considered the Nobel of technology. The invention represented a real turning point for the electronics world and today it is used in many devices and different sectors.

Atom Layer Deposition, what it is

ALD is a chemical process that involves the overlapping of a series of thin layers, even thin as a single atom, capable of exerting electrostatic forces and coating the materials with superconducting or insulating films. This nanotechnology, after its birth and the first applications in the second half of the ’70s, has spread since 1990 thanks to the evolution of electronic systems, increasingly smaller and performing, allowing the increase of the density of the technological components in devices significantly. The Atom Layer Deposition, therefore, has played a major role in the development of the first computers, microprocessors, mobile phones and smartphones, chips and memory storage systems. The use of this technology, however, has also spread in the energy field, leading to improve the efficiency of solar panels, LED lights and lithium batteries for electric cars.

Thanks to its applications, the ALD has had – and still has – a significant impact on our lives but also on the world economy: it is estimated that the market value of electronic products based on this technology is at least 500 billion dollars.

From medicine to biomedicine

Although ALD begins to have “a certain age”, to be exact 44 years, it is not an outdated innovation and is the basis for the development of some emerging technologies. Created to solve the problem of screens that are too cumbersome in hospitals, Atom Layer Deposition nowadays is playing a key role in the medical field thanks to Biomedicine, a sector that applies principles of biology and natural science to clinical practice.

Particularly, it is used for implanting biomedical devices in the patient’s body, through the creation of thin biocompatible coatings, for the creation of detection tools, which can for example be applied to athletes’ clothes to measure their heart rate, and to allow controlled release of drugs into the human body.

The Atom Layer Deposition bears the signature of Tuomo Suntola, a Finnish physicist born in Helsinki in 1943. The 75-year-old researcher is one of the founders of the Physics Foundations Society, whose goal is to better understand reality. Suntola, in his career as scientist and researcher, had already received the recognition of the Order of the Lion of Finland and, in 2004, the European Semi Award. “ALD certainly plays an important role in many technological products. – said Suntola – Receiving the Millennium Technology Prize is a great honor for me, above all because this innovation has proved useful in many applications that have improved the quality of life of humanity “.

The Millennium Technology Prize, organized by the Finnish Academy of Technology, is awarded every two years and aims to reward innovations that have a positive impact on humanity and on environmentally friendly development. The winner of the prize, established in 2004, is entitled to one million euros. The 2018 edition also marked the launch of the Millennium Youth Prize, a new technology competition for young people.

In 2016 the award was given to a woman for the first time: the biochemical engineer Frances Arnold won the award for her research on “direct evolution”, which reproduces the natural evolution to create new proteins in the laboratory.