Robosport: the future of sports entertainment comes from robotics

Robotics and artificial intelligence play an increasingly important role in sport, both behind the scenes and in the spotlight 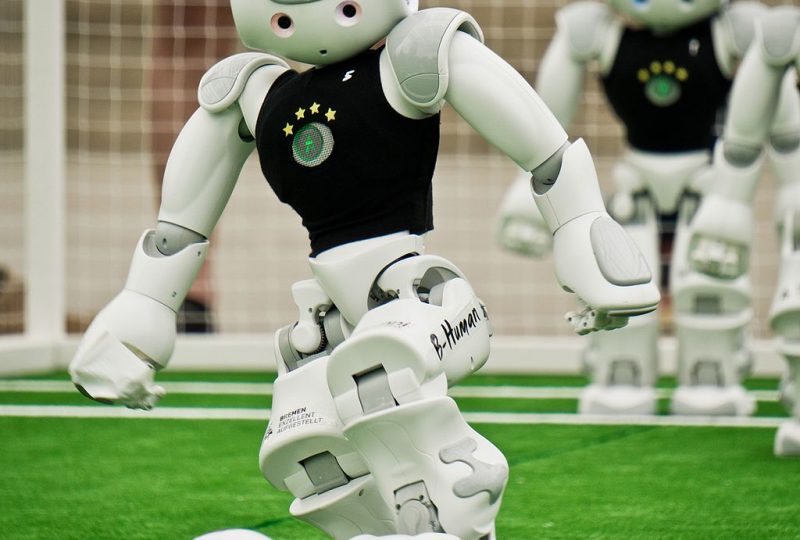 Sport requires passion, perseverance but above all hard training of mind and body that pushes beyond what is physically possible, both from the individual point of view and from the discipline itself. To keep up with the times, more and more athletes also rely on robotics and artificial intelligence to improve their performance. These technologies play an increasingly important role in athletic training and, sometimes, participate in real robotic competitions.

Robot trainers. More and more athletes, in order to train themselves, rely not only on flesh-and-blood sports trainers but also on robotic and computer systems that are able to push their skills higher and higher. The tracking technologies, for example, integrated into the clothes, allow to gather an enormous quantity of data on the athlete’s movements and posture which, helped by data analysis algorithms, coaches can use to identify critical points on the abilities of the athlete and, indeed, the occurrence of risks of injuries or the course of recovery following an injury. Other systems test the physical abilities of athletes. Forpheus, for example, is a great robot that seems to come out of the movie “the war of the worlds” and that is able to play ping pong: a tireless opponent capable of responding blow by blow and that, thanks to an artificial intelligence system and face recognition, can understand if his opponent is having problems and then adjust his game accordingly.

As early as 2014 a machine challenged a man at table tennis, it was the challenge between the Kuka robotic arm and the table tennis champion German Timo Boll – highly symbolic and probably where the assembly helped the robot -, which you can see in the video below.

Robot athletes. If on the one hand robots find more and more applications in training, on the other, a little for fun, a little to test the abilities of robots (which, to be picky, are some of the same reasons that also push man to play sports); real championships for machines are born where they face each other in many sports. From the soccer played by clumsy robots in the RoboCup championship to a sort of Sumo where two fast machines on wheels challenge each other to who throws the other out of the ring first, passing through robots able to ski. The sports done by robots are more and more and they find a growing audience of enthusiasts. The only question to ask is: when will we see a sport in which men and robots will be put in front of each other?