Technology is increasing its presence in the world of soccer: for example, artificial intelligence is being used to predict injuries with great precision and to evaluate and buy players all around the world. 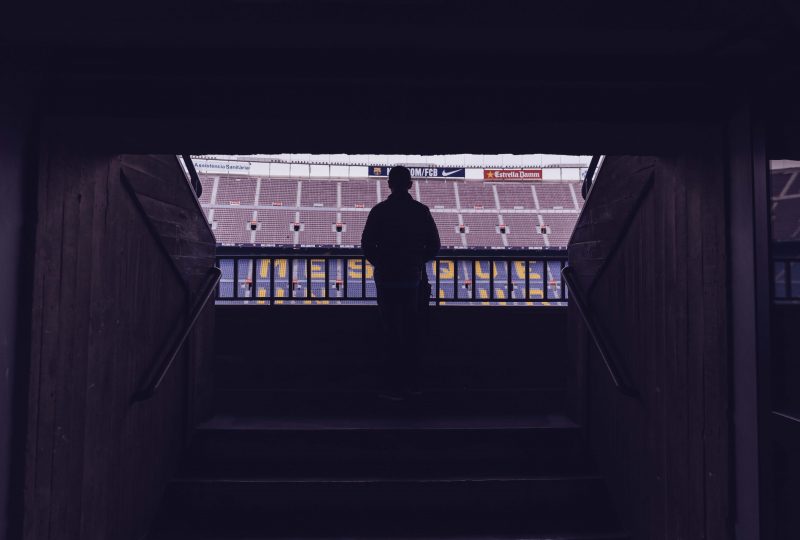 Soccer is the most widespread sport in the world thanks to its ease of understanding (except for the offside part, perhaps) and because of the spontaneity with which it is able to carry whole crowds, both in the stadiums and at home. But behind the simplicity of the “soccer product”, there is a manic study to prepare the matches, find the right player, make them work as expected, minimize the risks of injury and so on. In this context the new technologies give a big hand to coaches, technical staff and insiders, solving problems that seemed insurmountable before.

Take for example the video assistant referee, or VAR, which, since last season, serves the referees of almost all the major leagues in the world to review their decisions, reducing the margins of error and significantly reducing the controversy. Or the drones, which the former Naple’s coach Maurizio Sarri used for the defensive movements of his team, and that the Australian national instead “sent” to spy on the training of Honduras, its opponent during a world play-off. Just on the occasion of the World Cup this summer in Russia we told you about how a group of German researchers tried to predict who would win thanks to artificial intelligence. The results were not exactly exciting. While the World Cup was being played, however, perhaps in anticipation of the new season, the Barcelona team, in collaboration with the Institute of Cognitive Sciences and Technologies of Cnr-Isti and with the University of Pisa, has developed an algorithm capable of predict injuries.

Predict accidents? Today we can

The system is called Injury Forecaster. In this case, Forecaster is, literally, the one who foresees injuries. Rather than predicting, in reality, it analyzes them: in the first phase of the study, thanks to the GPS sensors of which many teams already equip their players both in training and in the game, the workload, the distances traveled, the metabolic power were monitored of athletes in addition to accelerations and decelerations. The algorithm then identified, thanks to a machine learning process, the correlation between these variables and the risks of injury. Injury Forecaster has a very high precision, over 50%, surprising if we think that the existing techniques to date do not exceed 5%. The algorithm is therefore able to provide the technical staff with valid information to change the workouts or, more trivially, to rest a player considered at risk.

An algorithm for the transfer market

If injury prevention is vital in order not to lose a player during the course of the season, it is equally important to identify the possible “market hits”, to reinforce the squad or to replace an injured player. There are those who bet on the big name as Juventus did this summer by buying the (sports, but especially the media) champion Cristiano Ronaldo, those who send their observers around the world looking for talent to be valued and those who rely on less traditional methods. For example, Roberto Firmino, center-forward of the Liverpool stellar attack that last May played the Champions League final, was picked in the second Brazilian series thanks to Football Manager. In 2011, in fact, the Hoffenheim withdrew him from the Figueirense after having “seen” him play in the well-known videogame. A real deal, considering that he was acquired for 4 million euros and then got sold for more than 40, but also a big risk.

To simplify the work of the scouts, the same team of researchers from the Cnr-Isti and the University of Pisa has developed a technical-oriented algorithm. It is an open source system developed with the partnership of Wyscout, an Italian company leader in football scouting, which works thanks to an artificial intelligence that draws from a database of millions of events from competitions around the world. The AI analyzes the performance of a player throughout his career, providing an assessment, both technical and economic, almost like we were in video games, to the teams in the transfer market. Right now it’s being submitted to the Acm Transactions on Knowledge Discovery from Data magazine and, if approved, could revolutionize the way teams from around the world make the market.

We do not know, as we did not know at the World Cup last summer, if these algorithms will be as precise as they promise to be. The only thing that is certain is that, almost without both the fans and insiders realizing it, football changes season by season. Maybe in a few years we will find teams that are composed not thanks to the assessments of managers but decided by artificial intelligence. Purchases, even high-sounding ones, could be skipped because the percentage of probability of an injury is too high or because the player’s performance curve is in decline. But certainly, they will not change the passion of the fans and the excitement of a stadium in celebration for a goal.