A new Eye looks at the world: the one of the Machine

We interviewed Simone Arcagni, associate professor at the University of Palermo and a researcher of new media and new technologies, who talks to us about his latest book "The Eye of the Machine", published by Einaudi 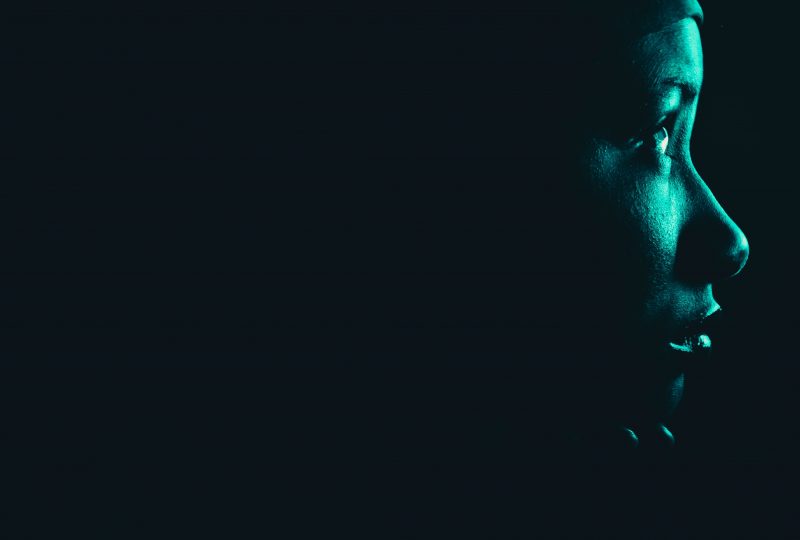 Man is no longer alone on Earth. We are not anticipating a frightening alien invasion or presenting the results of a study by some space agency, but describing evidence that many still underestimate: we live in contact with increasingly complete and intelligent machines, so complex that they can offer us a new vision of the world and of society. But what do the machines see? How do they do it? How do they process the information?

Simone Arcagni, associate professor of the University of Palermo and researcher of new media and new technologies, tried to answer these questions in his latest book “L’occhio della macchina” (The Eye of the Machine), published by Einaudi and available since yesterday: an in-depth and complex analysis, which looks at topics such as computer science and engineering with a philosophical eye.

We managed to intercept the author at the beginning of the book presentation tour, which will take him to many Italian cities, and we asked him some questions about this concept of vision, about technology and, more generally, about the contemporary world.

What is the idea behind the book?

This book was born essentially from a need of mine: try to understand what the true logic of vision in the age of computers is. History of art, philosophy, cultural studies and media studies have taught us that every historical period is marked by an “eye”, that is a mentality and a logic of vision that originated from the society and that, at the same time, models and conditions its time. The most emblematic example is the Renaissance, where the emergence of a class of bankers, merchants and financiers, who put mathematics at the center of their interests, gave rise to the desire to create a visual device based on laws and mathematical proportions. Another example can be the 1800s with optical machines, photography and cinema, which animated this century and defined the image of the industrial era. It is the same for the advent of computers: not only has revolutionized our society from a social and cultural point of view, but has also set a new eye.

What does “eye of the machine” mean and what kind of vision does it offer us?

The eye of the machine is not “unique”. I decided to analyze all the ways in which this eye sees, from computer graphics to virtual reality, from augmented reality to software and algorithms, from drones to machine learning, going fishing in fields that are typically engineering. The goal was to try to understand if all this production of vision and looks, very different from each other, had common logic that would allow us to understand how we look. This is fundamental because the way we look is also suggesting a new way of being.

What specifically are these “eyes” you mention in the book?

I’ll tell you very quickly. The first one is the mathematical Eye, in which information does not derive from optical studies but from mathematics: the codes and the programming define the machine vision. Computers, for example, do not see but calculate what lies ahead and produce images, reversing the logic of photography and cinema.

Then there is a cybernetic eye, which combines mathematics, logic and statistics with information theory, to mathematically build a communication. There is a technological Eye, able to see, recognize and reproduce images, an artificial Eye like that of the computer vision that is born in the laboratories of artificial intelligence, a data Eye, which collects and uses them for a visual elaboration. There are the Eyes of virtual reality and augmented reality, which are able to create a hybrid between our world and that of the machine, and the Eye of the sensors, which records information and offers a new form of vision.

Eyes that offer different visions but which, in some way, also surpass the human eye…

From a philosophical point of view, this concept can be expressed with what I have called the “Eye of God”, meaning the idea that our society is able to see everything, even what is not visible. This machine is no longer a tool that increases the functions of our eye, or not only that. It is a new non-living biological form, with which we enter into symbiosis: it is able to propose a “visual” that we have not seen, but which is elaborated starting from our data.

These are in effect biological machines with which we build relationships: we do not only use them, but we establish a dialogue with them. This scenario leads to problems of an ethical nature linked to the autonomy of these machines, which tend to become less and less an instrument available to man, and increasingly a sort of partner.

How do these complex visions relate to the human’s one?

Machines basically have no limits in vision. But then when they are used by man, they tend to reduce everything to known territories. Computer graphic is the most incredible example: it could create a world of complete invention, while most of the programs pre-set the perspective, using a Renaissance vision because that is the one that has been accepted and internalized for over five centuries. That for us is a “normal” vision and therefore we want to propose it again. But nothing is normal for the machine, just as nothing is deforming or abnormal for it.

The complexity of the machines, however, could help us understand and enhance our complexity too?

I am convinced it could. Right now, we are applying vision models to new tools. The machines, however, do not have the purpose of replicating a single function but are complex, they are close to biological structures, and therefore I think they will direct us and propose new connections: this will lead us to a comparison with our complexity.

These machines are more and more like animals or children: they improve and learn with experiences and mistakes. There is the key to everything: the machine is built as a complex element that relates to man, the environment, the animal world and what we can generally define the ecology of life. The machines are trying to carve out a space within the ecology of life, I am sure. The only difference is that they are not alive, but they are increasingly integrated with us and take from us some vital functions, they ask us for an active participation. It is a striking challenge, we will have to find forms of dialogue and symbiosis with the machines.

The only solution to compete with machines is to talk with them, then?

Yes, the most complete vision of the machine is already helping us to improve and we are getting used to seeing with all our senses more and more often. Moreover, there is a non-human sensoriality that is now in the environment around us and this is also one of those elements of symbiosis mentioned above.

I do not see a dystopian perspective, typical of science fiction cinema, with machines that invade or control us. Of course, we must be careful about the use of technologies in general and cases like Cambridge Analytica must absolutely make us think, but I think the prospects are collaborative: together with the machines, we will be able to do extraordinary things.

This book is at the cross point between philosophy, mathematics and information technology. Is this the key to have a deep and vigilant look on the present?

My book is just a testimony to this. I entered fully in a world considered solely engineering with philosophical tools, from Leibniz to the studies of digital philosophy and computer science. I believe there must be a complex approach and that we need new “hybrid” figures. If we continue to look at these phenomena from a single point of view we will always see only one piece. If, instead, we are able to have a new approach, and to create new forms of knowledge and educational paths in which scientific and humanistic studies meet, we will be able to understand the complexity of the present and expand our vision thanks to the eye of the machine.