Recycling is a duty (and it works). But consuming less is better!

Can recycling be counterproductive? Yes, if it makes us think that we can keep up wasting resources. Yet this is where we start to change the approach to sustainability - with creative initiatives to launch new trends. 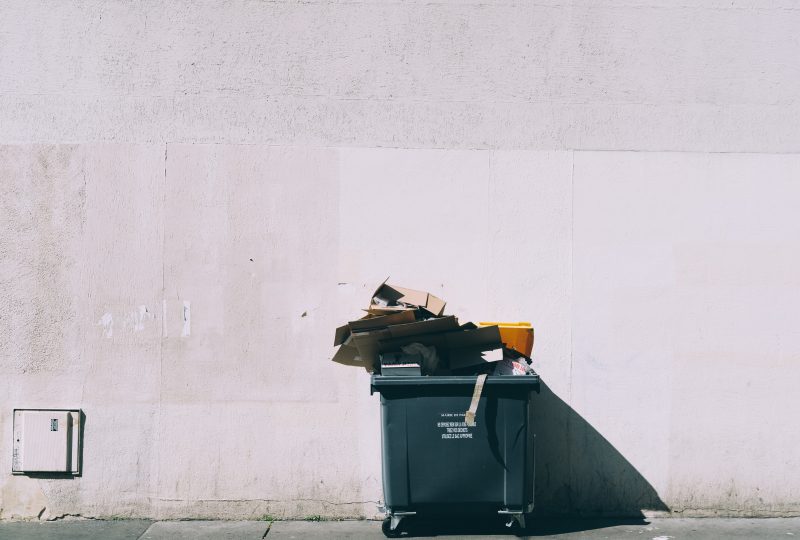 The biodegradable bag for the organic waste, the bag for the paper waste, a different bag for plastic containers, and another one for the glass bottles… after the daily “trip” to the bins for the strictly differentiated collection of waste – and beware of those who don’t do it! – we all feel good and responsible towards the planet. Tough, we have something to reproach ourselves, bearers of sustainability. Because recycling is good, for heaven’s sake, but it is not necessarily the best choice: it may even involuntarily contribute to making things worse.

The simple and conscientious gesture of dividing waste, favoring its reuse and reducing the impact on the ecosystem induces a behavioral short circuit: if I dispose of the “good” plastic I can continue to buy it… but someone will have to produce it, using other oil, other energy, emitting more CO2 to transport packaging. It is a vicious circle that we will have to stop in the future: we should not just recycle resources, but stop using them entirely. Easy to say, but for now very difficult to put into practice and even just imagine.

As always when you look at a future that has already started, you have to change the attitude towards resources, choosing not only to recycle but to reuse to consume less, choosing gradually less impactful and more durable materials (glass and paper are the best examples). Reducing packaging to the minimum, sticking to the seasonal nature of food products, limiting the longest transfers of goods… All choices that are considered utopias today, but which will have to become habits in the future.

In the meantime, it is necessary to give strong signals to favor this change of mentality, and it’s even better if big brands, with the resources to launch a positive trend, do it. Ikea has announced that all disposable plastic products will be withdrawn from 2020, in the wake of the decision taken by the EU to ban disposable plastic by 2019. The initiative anticipates the willingness to adhere to the principles of the circular economy, with the aim of using only recycled or potentially recyclable materials by 2030 and reducing the impact of climate products by 70% in a decade.

Meanwhile, in Italy, the trend (already usual in Northern Europe) to return plastic bottles directly to supermarkets is spreading. You only need to insert the bottles in the eco-compactors to receive in exchange a small sum in discount coupons (generally, one euro for every three bottles) to be spent at the cash desks. Some large-scale retail chains have taken the opportunity to reward the most sensitive consumers and retain them in their brand. The operation started quietly but is spreading quickly, also because it has been calculated that in this way an average family could get up to 600 euros a year.

Still on the subject of virtuous recycling, a positive example is the one of Ichnusa, a historic beer of the Sardinian tradition, that is launching the “Vuoto a buon rendere”, meaning “empty to make good”, initiative. The ambitious goal is to significantly reduce gas emissions and energy consumption. Marked by an evocative green cap, the bottles will have a useful life of 20 years. The additional positive effects (sustainability is NOT a cost!) are investments in technology and an increase in employment estimated between 10% and 15% of the current workforce employed in the brewery.

Good practices are spreading also in the fashion world, among the most polluting industries for the use of water, energy and chemical agents, as well as among the less respectful of human rights. To reduce waste, the Italian start-up Paguro Jeans (the hermit crab, which changes home-shell while growing, is the animal symbol of creative reuse and recycling) has created a line of jeans made with 40% recycled cotton fabric, which uses 60% less water and 40% less energy. The production chain also enhances digital technology and employs people in social difficulty.