Maths is for women, too

We interviewed Olivia Caramello, a Mathematics researcher at the University of Insubria in Como: where we at with gender equality in the scientific field? 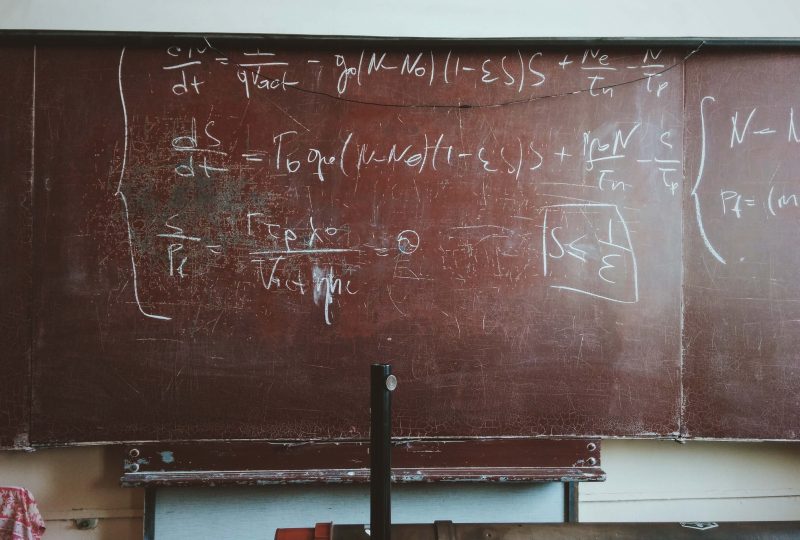 Only 28% of researchers all over the world are women. To say it is the UNESCO report on gender equality in the STEM subjects, Cracking the code: Girls’ and women’s education in science, technology, engineering, and mathematics. “Such huge disparities, such deep inequality, do not happen by chance”, says Irina Bokova, UNESCO Director-General. That’s the reason why at the center of the 2030 Agenda for Sustainable Development adopted by the UN in 2015 there are equal opportunities in the world of education: too often, in fact, and still today, prejudices, stereotypes, social norms end up influencing the quality of education for girls and young women all over the world. But what is the situation in the research world, European and particularly Italian, in terms of gender inequality?

We talked about it with Olivia Caramello, researcher and professor of Mathematics at the University of Insubria.

In 2014 you obtained a Marie Curie Fellowship, which, thanks to special funds from the European Commission, aims to finance innovation and progress in various fields of the academic world. European Commissioner Tibor Navracsics recalled that more than 40% of the people receiving the award are women. What do you think about this result?

It is a very encouraging result; women remain a minority at the highest levels of scientific research, but I am confident that this quantitative gap will tend to decline over the next few years.

Having studied and worked abroad, how do you perceive the reality of Italian research?

Italian research, despite the limited funding it has compared to that in other countries, can boast several excellences and seems to me globally lively and well diversified. However, our reality is much less international than that of other countries, where the percentage of foreigners working, especially in prestigious universities, is very high. It should be more open to recruitment of excellence regardless of nationality, allowing in particular the return of well-known Italians who work abroad.

And about gender equality in the STEM field, how is Italy positioned? How do you think the percentage of women engaged in this field will evolve?

The percentage of women in positions of responsibility in the scientific field is still limited in Italy, but it does not seem to me that the proportion is much higher in other countries. A garrison that has been adopted, in some countries, to favor a greater female presence in the STEM domain, is that of ‘pink quotas’, or a limited number of positions reserved for women. Personally, although I recognize that certain prejudices are still widespread, I am opposed to this kind of solutions, which I find unfair and humiliating for women themselves. No one should think that they were recruited, not for their own abilities, but thanks to ‘shortcuts’ related to personal characteristics such as their gender. Proper education against prejudice and a commitment to popularizing successful female models in these areas should be sufficient to allow science-loving young people to embark on a career path of this kind, and thus contribute to increasing their percentage.

Which tools can the school system put in the field?

The school can play a decisive role in making students discover their passions, in particular their taste for mathematics. To this end, it seems fundamental to me that teachers offer extra-curricular activities that allow students to get in touch more personally with the subject, for example in-depth studies or research projects on elementary subjects, participation in discussion groups (possibly also online), readings of biographies of great scientists, puzzles and mathematical games, etc.

Your research work mainly concerns the theory of unification: can you explain what it is?

It’s a technique that I have developed to unify different mathematical theories, in the sense of allowing effective transfers of knowledge between them. These methods make it possible to address issues originally posed in the language of a theory using knowledge available in other theories and to multiply the points of view on the same problem. The key concept on which these methodologies are based is that of topos, introduced by the great mathematician Alexandre Grothendieck in the early sixties. The topoi are objects with multiform representations, which can be constructed starting from the most disparate mathematical situations; the fact that one and the same topos can be associated with different theories is precisely the crucial aspect that I use to build unifying ‘bridges’ between them.

The methodology of study you developed, although it finds spontaneous application to mathematics, can also be useful in different fields, such as physics, linguistics and philosophy; can you elaborate on this point?

From my technical work on the topoi the general concept of ‘bridge’ emerged and the reflection on its role in transferring knowledge between different contexts. These ‘bridges’ in the abstract sense are conceptual architectures based on the concept of invariant, which is crucial in interpreting phenomena in the most varied contexts. In any discipline it is possible to find invariants, which provide privileged points of view to observe the phenomena. The methodology of unifying ‘bridges’ suggests being guided by invariants, studying and classifying their possible ‘concrete’ manifestations; such an analysis will reveal in fact connections, often invisible to the ‘naked eye’, between different objects and properties, allowing to multiply the points of view on the phenomenon that we are studying.