Improved movements and sensitivity: the challenges for future prostheses

We talked about it with Paolo Sassu, a surgeon who realized the permanent implantation of a hyper-technological prosthesis developed by a team of the Sant’Anna School in Pisa 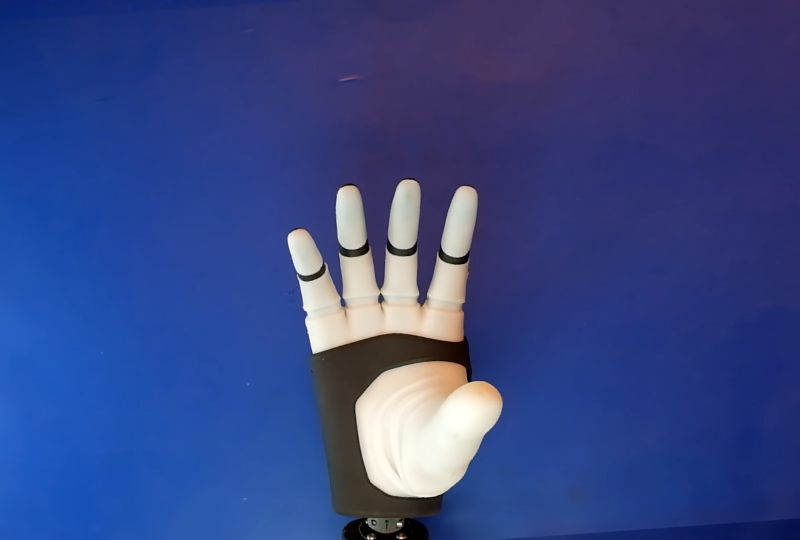 For some months now there has been a Swedish woman with a permanent, hyper-technological and performing robotic prosthesis, which can also be used in everyday life. The limb was built thanks to the European project DeTOP, led by Christian Cipriani, of the BioRobotics Institute of the Sant’Anna School of Advanced Studies in Pisa and implanted by the surgeon Paolo Sassu.

Prosthetics, limits, and perspectives. According to a 2008 estimate, more than one person in a thousand has had a limb amputated, of these, 30% have lost an arm. Prostheses have been the answer to amputation for thousands of years, just think that the first date back to ancient Egyptian times. Over the years, however, they have become increasingly technological and performing: today the efforts of engineers are above all focused on identifying systems to improve movement and offer sensory feedback, thanks to the interaction between mechanical components and the brain.

This is the direction undertaken by the Sant’Anna School of Pisa, coordinated by Christian Cipriani. We talked about this study, the prosthesis implants and the future of the sector with the surgeon Paolo Sassu.

How long have you been dealing with this type of surgery?

In 2012 I moved to Gothenburg with the aim of doing the first hand transplant in Sweden. It was a transplant from a deceased donor to a recipient, a reconstructive surgery: this was my field of study and interest. During my stay in Gothenburg, however, I also came into contact with the university’s engineers who are next to the hospital where I work. Among them, there was also Max Ortiz Catalan, a very good engineer who worked with professor Christian Cipriani of the Scuola Sant’Anna in Pisa. In particular, they were involved in a project for the permanent installation of a series of components which then allowed the use of very innovative robotic prostheses.

And therefore this collaboration was born…

Exactly, they were looking for a surgeon in my field. I immediately liked the idea of collaborating with them, I was interested in carrying out my work on two different lines and also adding implants with robotic prostheses to the transplant, including electrodes and other technological components.

Why hadn’t you dealt with it before?

Until a few years ago it was an area that didn’t particularly interest me, the prostheses available were of rather low quality and limiting in the movements for patients. The hand developed by Professor Cipriani, however, was much more advanced than the others, allowing greater mobility of the fingers and wrist. Furthermore, it is integrated with a series of sensors placed in the fingertips able to offer sensory feedback that was not present in the previous prostheses.

What results did you get?

We started operating the implants at arm level and, in December 2018, we have implanted a prosthesis also at the level of the forearm, the first intervention in the world of this type. In total, we have successfully operated on six patients. The interesting thing is that after the implant the patient can use the new prosthesis also independently, at home, and not only in a protected environment as happens for other interventions of this type. Despite being in an experimental phase, if the good results are confirmed, we hope that this possibility will soon become available also on a commercial level.

How does the prosthesis work on a technological level?

Osseointegration was already developed in the 1990s: a sort of screw, which comes out of the skin and is connected to the prosthesis, is inserted into the limb of the amputated limb. This was the first revolution because first the prostheses were “put on”, threaded to the patient with a sort of glove. This caused problems for people with very short stumps and led to a series of unpleasant consequences related to sweating and discomfort. The innovation of the present is that this screw also contains a connector, which has a series of electrodes that pass through the bone and are connected directly and permanently to the muscles responsible for the movement. This allows the prosthesis to be activated directly.

How many electrodes are there?

The number is related to the number of muscles available. One of the electrodes is connected to a sensory nerve, which therefore also offers a response in terms of sensations. Without it the patient is forced to look at what he does with his prosthesis, he has no perception. With this innovation, on the other hand, we have managed to overcome this obstacle too. It is not yet a matter of sensations comparable to human sensations but a kind of vibrations that increase in frequency based on the intensity of contact with the object.

What do patients say?

The response of the patients is positive, even if the greatest advantage, for now, is the motory one. Sensitivity has not achieved an enormous change compared to the past, also because it is still limited. In this aspect, transplantation from a deceased donor still offers advantages. But being able to create a sensorial connection is also important for future developments, improving this aspect would lead to a real revolution.

In the process that leads to implantation and rehabilitation of the patient, it has also played an important role in virtual reality. How did it contribute?

Virtual reality contributes to giving the limb that there is no real image. The patient is able to do training and rehabilitation, get used to the new limb and offer engineers precise indications about the muscles that are set in motion. It was an excellent research ally, a huge advantage over the past.

What challenges for the future?

Today we are trying to improve, in addition to the sensory aspect, also that of fine craftsmanship. In this context, the prostheses are still very “robotic”.  At the level of tissues, instead, we are ahead even if there is someone who from the aesthetic point of view prefers to have a limb that is also robotic in appearance, for some it is more cool.

From this point of view, will there be people in the future to replace limbs with robotic prostheses by choice?

Today having a prosthesis does not bring benefits, performance is still lower than that of natural limbs, it would be a disempowerment. But research is advancing and I do not exclude that in the future this may not be someone who aims to improve their skills. Also on the ethical level this would lead to a heated debate and impose a reflection: once the basic assumption of medicine was “primum non nocere” and the only mission of the doctor was to cure. Today we already see a different principle with cosmetic surgery. In the future, all this may also be linked to technology even if, I admit it, I still haven’t thought of it in practice.

Technology is increasingly entering the healthcare world. How will the profession of the doctor evolve?

Doctors must become more aware of these changes, many do not know what is happening on the engineering and bio-engineering level. I am lucky having collaborated with some of the best in the world in this field. But much of the future of medicine also passes by technological innovations: human-machine interaction, robotics, artificial intelligence, and others. Unfortunately, the feeling I have is that many doctors do not have the perception of the extent of the changes taking place.

In Italy, there are incredible excellences and for me, it was nice to collaborate with Cipriani and his team. Every country has its prerogatives, without a doubt it is easier to do research in northern Europe: there is less pressure and more funding, even from private individuals. But there are Italian excellences and they are recognized all over the world.