The first photo of two exoplanets

The extraordinary shot obtained by ESO shows an entire planetary system around a star similar to the Sun. 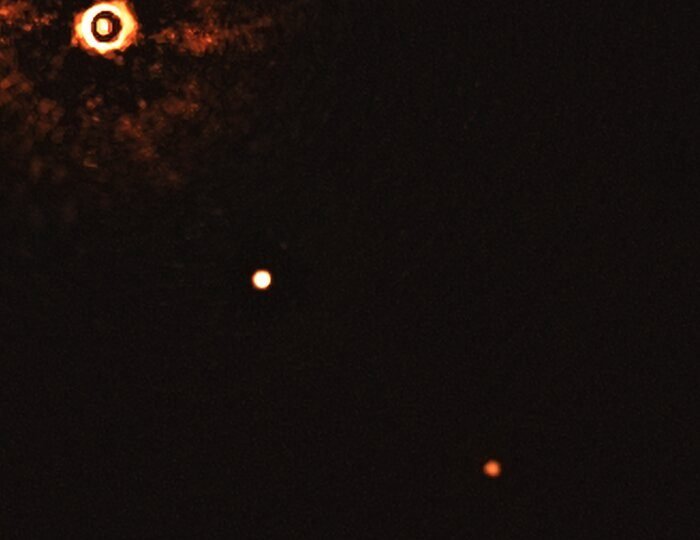 To date we have discovered more than 4000 exoplanets, or planets that orbit around another star. It is not an easy search, it is like wanting to observe insects buzzing around a lamppost observing it from hundreds of km away. For this reason the real photos of exoplanets are very rare and we rely on other methods to find them. ESO, the European Southern Observatory, has managed to achieve an extraordinary result: a photo showing two planets in orbit around their star.

The image was obtained thanks to the large eye of the VLT (Very Large Telescope) telescope and shows a young star similar to our Sun around which two gas giants orbit. It is the first time ever that in a single photo we can observe two exoplanets. The star in question is called TYC 8998-760-1 and is located about 300 light years from us. “The photo is a still image of an environment very similar to that of our Solar System – explained Alexander Bohn, PhD at Leiden University who led the research – but at a stage of its very primordial evolution”

The rarity of the shot. Although we are aware of the existence of over 4000 exoplanets we have a photo of a fraction microscopy of these. Too distant and too dim, we know of their existence thanks to various techniques such as that of concealment, which detects cyclical changes in the brightness of a star attributable to the presence of a celestial body that gets in the way, then a planet.

The alien solar system. The two gas giants, pictured below on the right, orbit their star at approximately 160 UA and 320 UA respectively. The UA, or Astronomical Unit, corresponds to about 150 million km and is the average distance between the Earth and the Sun. These planets therefore have very large orbits, also it seems that their mass is also huge, the innermost planet would correspond to fourteen Jupiter put together, the external one to “just” six.