The world population is aging: risks, opportunities and prospects

The number of over 65s continues to increase, while under 24s decrease: what does all this entail? 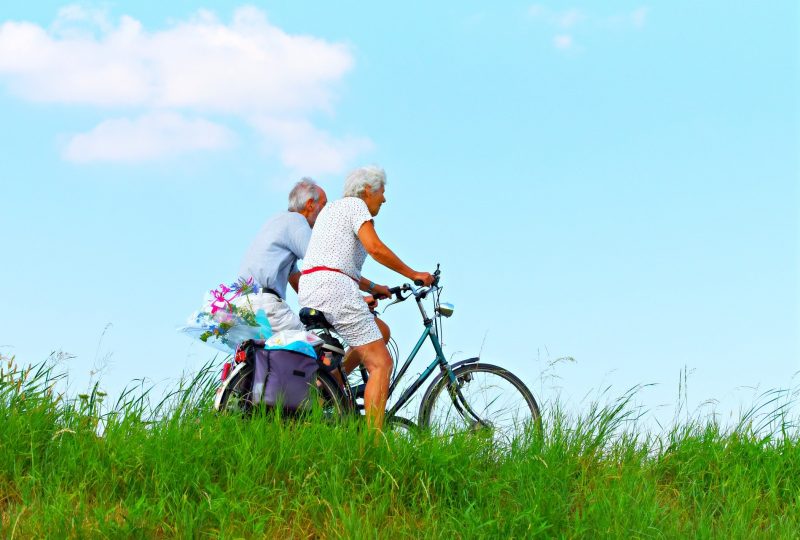 In 2019, over 65 were 9.1% of the population worldwide, in 2100 they will be 22.6%, with peaks over 30% in Southeast Asia and Latin America. The data comes from the UN World Population Prospects report, which photographed the situation of the global population through a series of statistics and demographic and social projections. The trend seems evident and leaves no room for interpretation: the inhabitants of the Earth are destined to grow old. What are the risks, opportunities and prospects?

The world situation. We will be more and more on Earth: the UN report confirms that the world population will rise to over 10.8 billion inhabitants (today we are about 7.7 billion), more than double the 4.4 billion of 1980. As mentioned, the over 65 bracket will increase in particular: why? First of all, we live longer: between 2000 and 2020 the average life expectancy at birth at a global level increased by 5 years, from about 67 to 73 years and, in 2100, experts say, it will reach up to 82 years old.The average age of the population will also be affected, which will go from 22.6 years in 1980 to 41.9 in 2100, compared to 30.9 today.The regional differences are evident, with Latin America marking the greatest growth in many of the parameters, even if the phenomenon is common all over the world from Africa to Europe, passing through Asia and Oceania.

The numbers for Italy. In Italy children are no longer born: ISTAT data tell us that for every 100 residents who die, only 67 are born, compared to 96 registered just 10 years ago, the lowest level of natural replacement ever expressed by the country since 1918. This data, combined with the growth in the life expectancy of Italians (almost 81 years for men and over 85 for women) gives us a photograph of an increasingly older country, where the average age of the population is already 45 today, 7 years but in 2050 it could already reach over 53. The over 65 today are 23.3% of the national population, a much higher figure than the global average and in 2100 the UN study estimates that they will even be 36.3%. On the contrary, the under 24s will decrease, from 37.3% of the population in 1980 to 22.6% today, destined to become 19.6% in 2050. Furthermore, in 80 years, the average life expectancy at birth will be 93 years : we will live longer, that’s for sure, but what consequences will all this have in the social and cultural fabric?

World of work and assistance. But up to what age will we be able to work? Will the absence of a correct generational change in the workplace, a tangible problem in the present, be even more important in the future? How will we guarantee assistance to a population made up of older people? These are questions that need to be asked right now, to allow us to face the challenges of the future by making more informed decisions already in our present.

First of all, the relationship between pensioners and the active population is changing, that group of people who contribute the most to GDP growth and who, through general taxation and contributions, finance the social security system which according to some would already be in difficulty and is cyclically subject to reforms. It is estimated that Italy already spends about a fifth of GDP on welfare, given that it could be even more incisive in the near future if no regulatory action is taken: some Bankitalia data, in fact, claim that in 2041 there will be 1.2 million fewer residents and 6 million more retirees, with an estimated 15% drop in GDP.

Another topic to think about is that of assistance: even if people live longer, the extra years will not necessarily be spent in good health, which means that the needs for assistance are further extended. A generation of people could be “forced” to devote more and more time to providing assistance, taking care of elderly parents, losing the opportunity to work in the years in which, potentially, they could earn more. But longevity also means that we may receive the inheritance later, having to wait longer for financial support that today is particularly important for young families. Finally, the real estate market could also change, with co-housing and new ways of living that could establish themselves in the social and cultural context of tomorrow.

A new economy. From this new scenario, however, new challenges and opportunities for other sectors could arise. With the increase in life expectancy and the increase in the average age, new markets and new businesses are also born which by 2025 could bring to the European economy over 5.7 billion euros. As for tourism, for example, in 2030 the value of the over 65 sector will have increased by 169% compared to 2010. The most popular destinations could change, but also the types of structures and services requested.

There could also be a more general variation in household consumption: the average monthly expenditure of the population aged 65+ already in the present is 2,200 euros, of which 19.5% for food expenses, since it could increase following this trend. Instead, the restaurant, fashion and transport sectors could decrease.

On the contrary, energy consumption could increase, also with environmental impacts, pharmaceutical products and ad hoc entertainment services for the elderly. Even the world of care, beyond the social impacts on the family sphere, could experience a “growing season”, also thanks to the technological advancement: increasingly performing prostheses, connected medical devices and domestic robots capable of supporting the elderly in his daily life.

More and more companies are developing automated delivery systems, including...