Dylan, Greta and the Nobel: the wind of change is still blowing

Fifty years ago, it was Vietnam, youth protests, racial tensions. Today is the climate, with millions of kids in the streets against the global warming emergency. Although (surprisingly) the award did not go to the young activist, it always reminds us of our duty to evolve 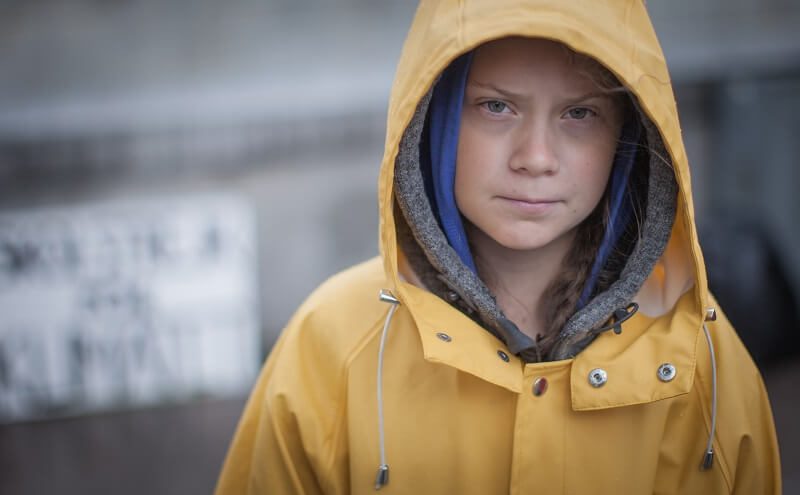 Three years ago, these days, the Nobel Prize for Literature went to Bob Dylan, with a tornado of controversy from those who believe that there is a first-class culture and another that should stay quiet in a corner. That hatred of those who do not believe in change – or do not want to see the inevitability of it – comes to mind now, after the wave of ferocious attacks and even brutally personal insults to Greta Thunberg and the millions of kids who take to the streets today to ask governments to tackle the climate emergency.

The criticisms of the right-thinking people on Dylan in the 1960s were sugar, compared to those that are hitting Greta. On the eve of the Nobel Peace Prize to which she was a candidate (and that went to the Ethiopian leader Abiy Ahmed, promoter of the agreement with Eritrea), some followers of climate denial have hanged a mannequin that resembles them in a bridge: in Rome, not in Alabama. However, for an ironic nemesis, the attacks give back to the Nobels their original revolutionary significance: because they call us into question and tell us to take our responsibilities.

They tell us that research, science, building the future without preconceptions and sectarianism are the tools with which we can change our lives. May the exoplanets be slammed in the face of the mainlanders, may those who created lithium batteries or those who have studied how cells “feel” oxygen be rewarded, the path that these scientists have traced is only one and, between doubts and verifications, looks ahead. If money and politics strangle research, then the commitment is officially rewarded and a stimulus for those who still try.

Greta (and the young people who go on strike on the planet on Friday and other breathable Fridays) will be heard more and more in the future. Literature has an equally important role: back to Dylan, we all know his music and lyrics, more or less well. They have accompanied the political, economic, social and spiritual events of the last 50 years. So with due respect: have any of the last Nobel winners who preceded him ever written anything that had even one-millionth of the global impact of “Blowin’ in the wind”?

In Dylan’s discography, there is a timeless song, which today has the same value as in 1964: The times they are a-changin’. Even taken out of its original context – Vietnam, protest, racial tensions – it keeps its explosive charge intact. Because it tells us about the most constant feature of the universe, change. That frightens us but cannot be avoided: there are those who welcome and favor it, and then those who deny it or hinder it.

So Dylan said that there is no room for those who oppose progress and opened the doors to those who were ready to make the leap. In 1984, a young fool named Steve Jobs unveiled his Macintosh for the first time, citing this song. Literature in music stimulates consciences and makes the alarm sound for those who sleep. Dylan told his parents “you can’t control your children: please get out of the way if you can’t help.” However, he didn’t put young people against old men: he explained that it was time to wake up because the world goes on. The alliance between generations is a magical moment to convey ideas and update visions and values. Of intolerable, now more than ever, there is the cost of immobility.

This piece should be the theme song of the newscast, to stimulate us continually to accept that the change screams, “Ready or not, I’m coming!” An example is the economic crisis that a few years ago swept away small and large companies together with certainties and patterns set at the time of steam engines. Everything revolutionized production, markets, leadership, customer relations, innovation, sustainability, and people. The climate emergency is making the same thing happen. True, the wind of change sometimes makes disasters. However, like Dorothy’s tornado in the Wizard of Oz, he always puts new yellow brick roads at the disposal of those who want to follow them.