Health and environment: for drones, imagination is the only limit 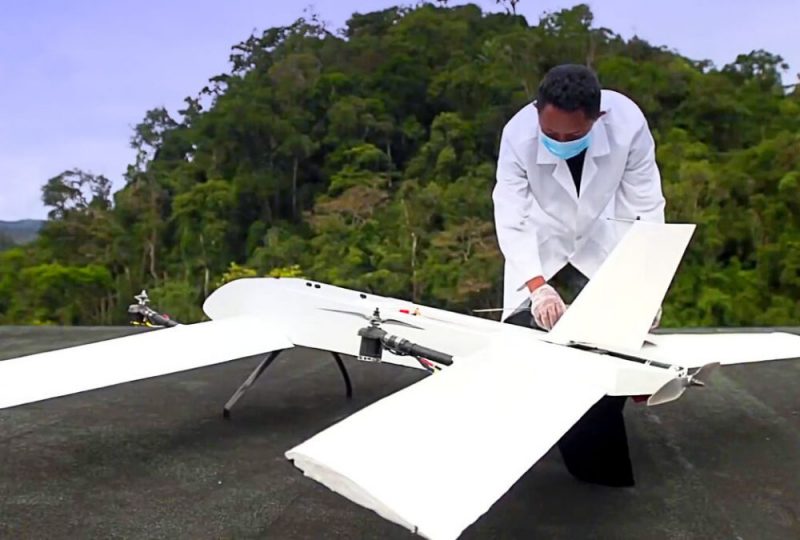 They can deliver drugs and vaccines right into the heart of Africa, monitor ocean temperatures or watch perturbations: efficient aircraft that can perform increasingly complex tasks while saving resources and… without getting bored!

“Drones are the Swiss army knife of the future“. The joke began to circulate when we realized the remotely piloted aircraft, more and more reliable and versatile, can adapt to so many uses that the only limit is our imagination. If a task can be conceived, in fact, we can be sure that, – apart from where a direct human presence is indispensable, to assess the circumstances, – a drone will complete it saving resources, safely, equally effectively and without getting tired or getting bored.

Health and the environment are two of the most innovative sectors that increasingly align themselves with drones, thus bringing a decisive added value, not only to research and applied technology, but also to the implementation phase. The fight against diseases reaches great successes in the laboratory, but sometimes the development of new drugs and methodologies clashes with practical difficulties. For example, the most effective pharmaceutical findings are struggling to reach developing countries, that lack health care and basic infrastructure.

And it is precisely here that innovative solutions developed in the field can be applied: the use of drones can solve many logistical problems, transforming the way in which people can access healthcare. For example, vaccines, which in order to remain active must be transported quickly and at low temperature: an insurmountable obstacle for those who live in remote places. In Rwanda, the government has started a collaboration with Zipline to provide urgent material (vaccines, but also blood or drugs) even where there are no roads. The Zipline drones already serve 21 hospitals, providing almost immediate access to life-saving medicines to 60% of the population living in distant areas.

Coupled with a cooling device that keeps the drugs between 0 and 8° C under a thin layer of ice, the use of drones helps ensure, just to mention one of the first causes of mortality, that the vaccines reach the children in isolated locations. A test of global relevance, considering that 76% of vaccines reach their destination ineffective.

Meanwhile, an advanced drone is about to take flight on the oceans, designed by MIT engineers to monitor the seas and collect data by flying over thousands of square miles of water impossible to garrison otherwise. The drone is a glider that uses winds and currents like an albatross: when the wind is calm it can dip a thin keel into the water to float like a sailboat, – but ten times faster. Then, when the wind gets stronger, the drone uses a wing to take flight, using even less bird energy.

The mission of the drone is to constantly monitor the surface water temperature of the oceans in the southern hemisphere, to assess the impacts of heating on climate change. The aircraft designed by MIT, which weighs just over two and a half pounds and reaches almost three meters of wingspan, travels at a speed between 10 and 40 kilometers per hour, which allows it to control large areas without requiring large resources .

But once again science has learned from nature: the university team has been inspired by the flight of the albatross, which can perform a maneuver called “momentum transfer“: it is pushed by the energy differential between the upper air layers, that are faster, and the lower and slower layers, advancing without having to continuously beat the wings. The drone of MIT has perfected this model, moving like a sailboat that transmits energy not between layers of air, but between air and water.

The relationship between the drones and the sea is destined to grow, especially in the collection of data, so far entrusted almost exclusively to expensive satellite systems, buoys or static structures. Interesting developments also for meteorology, with autonomous aircraft able to follow the perturbations as they are generated and moved.