Could the pandemic have been foreseen? The need for a new approach 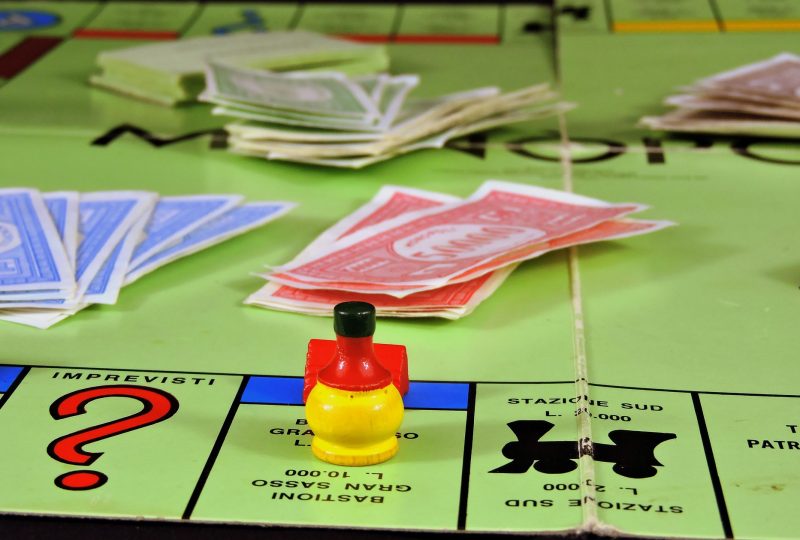 I believe each of you has played Monopoly at least once in your life. And you remember well when, rolling the dice, ended up on the “chance” square and got that subtle shiver down the spine. Especially in late game, it could be something that determined the fate of the match.

You built houses and hotels, made agreements, but then it always happened to “take three steps back with best wishes” or “go up to Largo Colombo” (which obviously belonged to your opponent) or “new taxes to pay for each house and for every hotel ”and you had to suddenly change your goals, perhaps starting to put up a mortgage or make agreements of all kinds with your playmates.

And when, growing up, you kept playing, you understood that when you built houses and hotels you always had to consider even the worst that could happen to you and therefore keep enough cash in hand to be able to face the most terrible of unexpected events.

What does the game of Monopoly have to do with the pandemic?

For those who study the future, analyzing the various unexpected scenarios (from 10 to 50 years) also the “chance”, or the unexpected that can happen is the normal strategy, the daily bread. It is not just a simple theoretical exercise, as we have seen. But it allows, or should allow when it is carried out, to foresee all possible future scenarios, without neglecting even one.

Think about it, if we had known in advance that such a pandemic could really happen, what could have been done?

Study the best ways to manage the crisis at national and supranational level;
prepare government and civil protection protocols to be implemented on day 1;
educate the population on how to behave. A bit like what happens in education on how to react to an earthquake.

In future studies, these unforeseen events are deepened and analyzed but above all shared in international communities, because they are challenges to which we cannot respond alone. A global and coordinated effort is needed to build policies around the best solutions and create the right awareness among the population.

We think of the other great possible causes of extinction of civilization, to realize how important a shared effort is, global as the challenges we face, as already happens for some of these risks.

There are 4 macro-objectives in studying these risks.

It is clear that different and transversal skills are needed to deal with these issues. And this is why the study of the future, a discipline born in the late 60s in Silicon Valley and then widespread throughout the world, is also considered among the key competencies by UNESCO (which rightly defines it “Futures literacy”). In Finland (but not only) for years it is a skill taught by the first grade, entrepreneurs and managers compete to participate in the courses of the University of Turku, the epicenter of future studies in Finland, and 15% of the country’s politicians prepare in this institute or in similar courses of study in this field.

And the Finns are proving to be at the forefront of playing the Monopoly of the future, learning to prevent and manage the unexpected and to exploit the probabilities that emerge in history.

This is what in Italy with Impactscool we have tried to do in these first 3 years of activity: to raise awareness that the future can be anticipated. Or better, the futures. Impactscool’s goal is to bring this subject of study into school curricula, as well as to the highest spheres of a country, as an essential element to direct us towards the best possible future.

In a few years we have become the most important organization in Italy in training on these issues, with the highest number of people reached and trained, both students (over 22 thousand) and entrepreneurs and managers.

But the goal of involving the whole country system and being able to prepare for the best possible future requires an even greater effort. The risks are real but the opportunities that Italy and Europe can seize are even greater, both as a country-system and at an industrial/technological/economic level. But above all to aim for the well-being of citizens.

For this reason, in a few weeks, we will launch the largest ecosystem of the future in Europe and we are happy that it has an Italian center of gravity: Future Valley. Which will aim to bring light into the uncertainty that seems to await us in the future, with an approach that can also highlight the unique characteristics of tradition.

An open organization that will allow everyone to play, having fun, the best possible game at the Monopoly of the future.