How could the interior of the Starship be

We still don't know how the interior spaces of the new SpaceX spacecraft will be organized, but someone tried to imagine them in a video

How the interior of the Starship could be, from the gym to the panoramic area, passing through the 50 individual cabins that will house the crew and a safe area in which to take refuge in the event of a solar storm. DeepSpaceCourier, a digital artist, tried to imagine what the interiors of the Starship, the new spaceship being built on SpaceX, will look like. The unofficial interiors give us an idea of ​​how a crew of 50 people can live comfortably inside this spacecraft, on journeys to the Moon and Mars. Except for some drafts and some now obsolete 3D renderings, SpaceX has not yet officially shown anything of what will hide the stainless steel shell currently under construction and testing. In this regard, in the next few days, we will have the opportunity to see a new flight test by the SN9 model, after just over a month from the flight of the SN8 which showed the incredible maneuver of the “belly flop” and which, unfortunately, has missed the landing by a little. 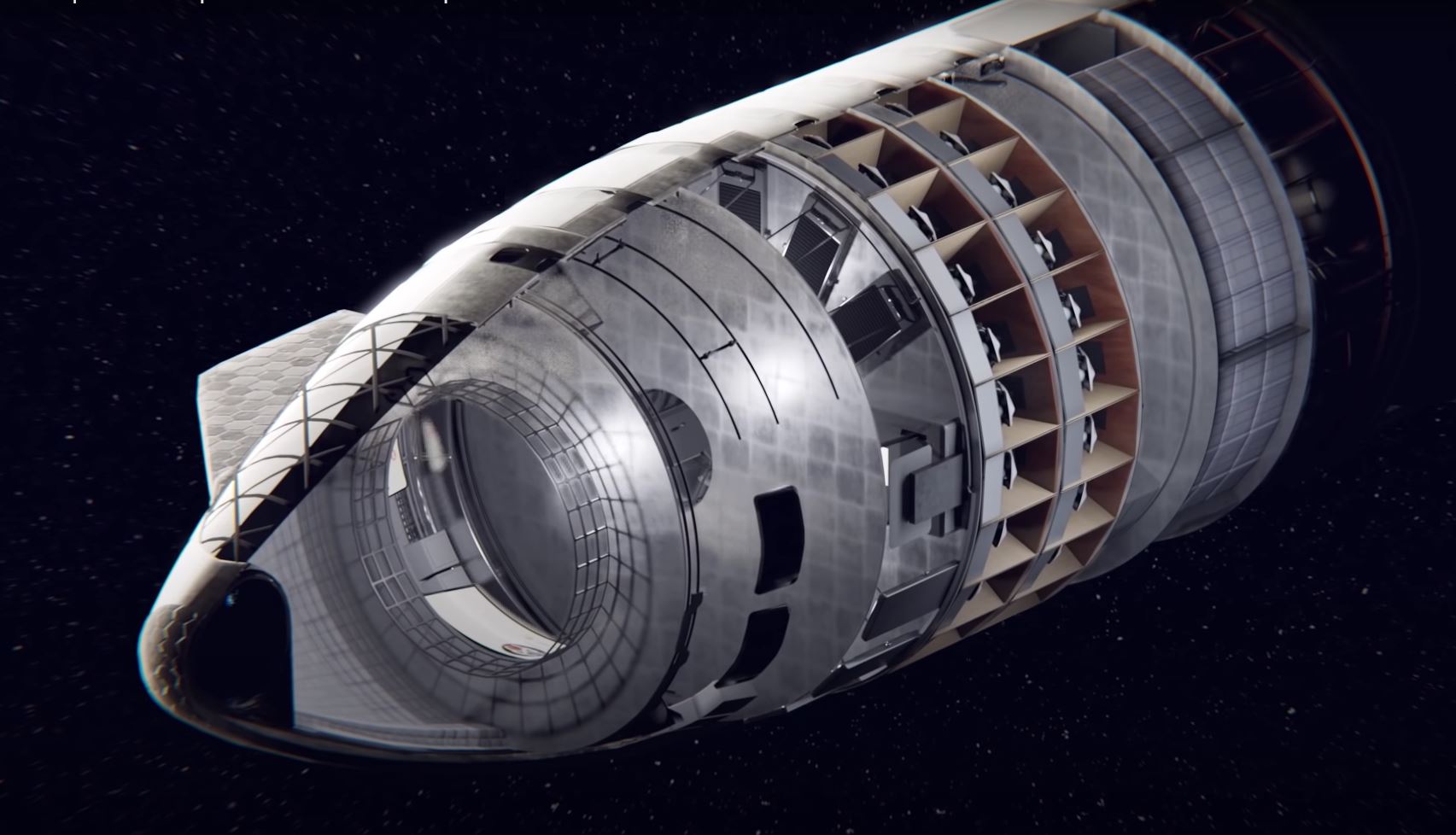 In a thick cloud of smoke, in the Boca Chica...

Imagine the Statue of Liberty which at a certain point...

NASA chooses three landers to go down to the moon....

NASA has just announced the winners of the Commercial Human...