Telling the future is the first way to live it: and we find a glimpse of our tomorrow, black on white, in the book "History" by Giuseppe Genna. 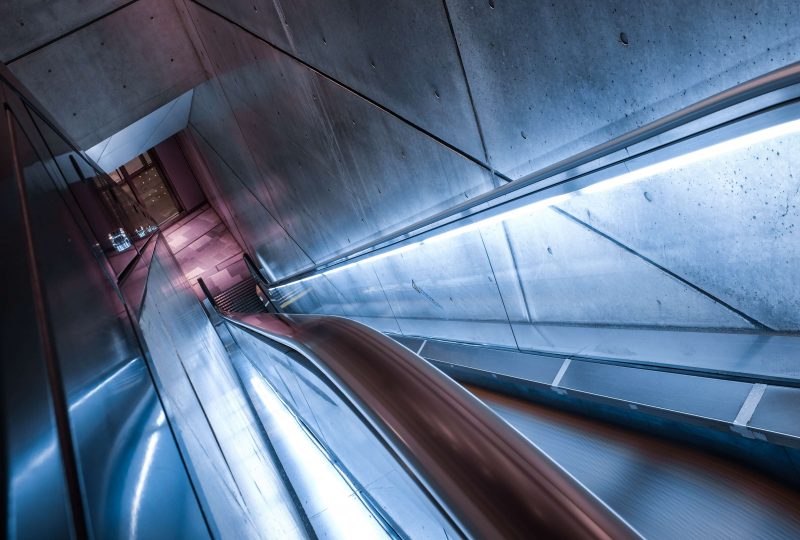 “The machine’s mind came in the form of a sad figure, a black man and we were afraid. We were afraid and yet we squeezed the hand offered to us. We grabbed it, accepted the invitation to abandon the present, a time that hurt us and dragged us away from the natural state, that is being children, it moved and consumed us, we were like small boxes of worn silver, mottled, from which emerged the old wood. We launched into the future, the strange figure invited us to the future. We threw ourselves, everyone, nobody excluded, anyone summarized in the future: and the future was the mind of the machine.”

In 1902 the writer H.G. Wells, famous for novels such as The Time Machine (1895), The Island of Doctor Moreau (1896), The Invisible Man (1897), The War of the Worlds (1897), held a philosophical lecture entitled The Discovery of the future. Wells studied science and practiced scientific divulgation and this intervention opened the door to a particular type of “futurology”, one made by writers who are warned and updated on scientific theories and technological innovations and who try, based on their knowledge , to hypothesize uses, effects and impacts.

Countless and emblematic are the cases in which we can meet, and in particular at the turn of the 19th and 20th centuries, a fundamental period for scientific and technological development which, driven by such an extensive impact of technology, is filled with sci-fi imaginary… just think of the novels of Jules Verne, but also of the Italian Emilio Salgari who dedicated to the specifically futurological strand a tasty book as The Wonders of the Year 2000 (1907).

With the advent of the atomic age, first, and then of the digital age, these figures of futuristic writers who entertain a relationship warned with science return in vogue… the most striking case is that of the so-called Cyberpunk movement with writers such as William Gibson, and Bruce Sterling who are also known as privileged observers of “technological things”. But just think of James Ballard, Philip K. Dick, Cory Doctorow or Robert J. Sawyer, as well as many contemporary American fiction, not necessarily linked to science fiction. In recent years, writers have been highlighted that, with their writings, have been able to reflect particularly lucid, and decidedly updated, technologies: think of David Foster Wallace and his Everything and more (2003) or Neal Stephenson that, besides being often cited for the futurological intuition that characterizes his novel Snow Crash (1992), dedicates a saga (The Baroque Cycle) to the origins of mathematics and modern science, the period between the ‘600 and’ 700 . Exemplary, from this point of view, is the figure of the Polish writer Stanislaw Lem who was born scientist and who alternates narrative productions with others of scientific divulgation.

The future also lies (and perhaps above all) in how we tell it, how we are preparing to build paths between science and technology, how we propose reflections (and I emphasize: even better in the form of a story), how we analyze social, cultural, economic and ethical issues. Not to mention that stories have the merit of approaching topics that are often considered complex, if not difficult, to a wider audience. And finally, a narrator is not subject to the laces of “scientificity” and this allows him to broaden the scope of the analysis, hazard his reflections, try to anticipate, play with the prediction; and in doing so it often reveals fundamental implications of today, permeating the contemporary that is preparing for the future with ethical and cognitive value. Precisely for this reason a particular attention to the intermediate world in which narration and science meet and create this futurological space is increasingly interesting.

And so we can return to the author cited in exergue, Giuseppe Genna who, with his novel History, is produced in a futurological tale that reveals a writer particularly attentive to technological developments. Genna, in fact, is in the difficult position to try to probe the territory of technological development in the near future that is already present. The protagonist is an artificial intelligence, a thinking machine that is perfectly identified in its functions and in its technological specifications: it is in fact the product of a neural network that through the introduction of data and through an increasingly “deep” learning training learn to develop its own functions.

A synaptic network, and therefore on a biological model, in which the human factor is an integral part.

Genna frames and then specifies a development of AI that produces a gap compared to the “simply” mechanistic and functionalist model of the beginnings and explores a more specifically biological dimension that initially depends on man (from his data and his training) but then, strong of a “monstrously” quantitative “intelligence” superior to the human one, it somehow incorporates human thought. In this sense the human is no longer “other” from the machine but rather the machine to incorporate the human.

A reflection, this one of Genna, matures from the point of view both of the technological developments of the IA, for the reflections that are developing in this period in the Philosophy of Informatics on the ethical aspects connected to this hybridization between bios and techné.

Genna with a writing elaborated at the limit of narrative spasm tries, not only to explain, but to let live a biological technology. An alternative biology that englobes man and which conveys communication through increasingly immersive videos. Even in this case, the ever deterministic path traced by Genna on the development of technologies seems to be growing: the novel begins in the television age, or rather, in the symbolic passage of the ever present and able to engulf our space, our time and even our memories, and arrives – precisely – to the videos made, independently, from the machine. Until the last interface, neural, without screen, dreamlike, completely immersive and interactive. The definitive hologram. A path that many technology scholars predict and hypothesize.

Reading Genna’s book turns out to be a narrative adventure but also an uncompromising dive into the worlds of contemporary technology between interfaces and holograms, immersive and interactive experiences and swarming intelligence. A dive into our present so decidedly projected into the future.