How to survive the unpredictable acceleration of the world? Joi Ito and Jeff Howe in their latest book try to explain it 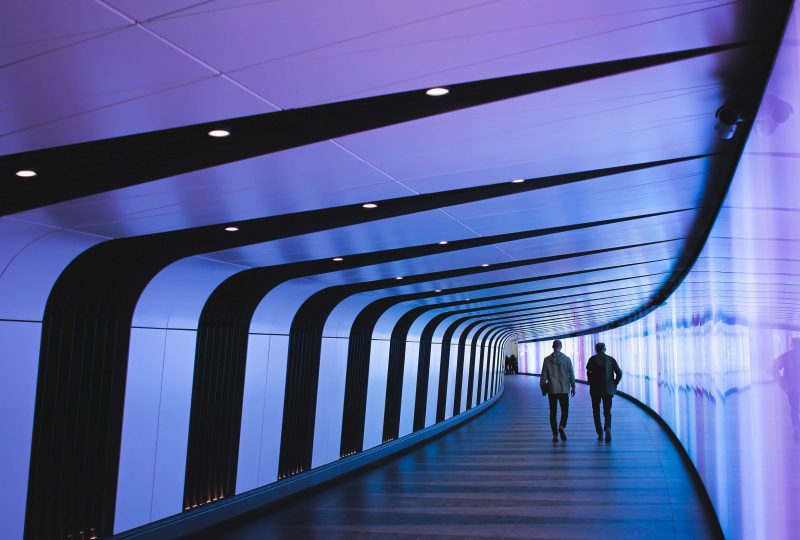 If there is a place in the world where we talk about the future, but above all we have the cultural conditions to talk about the technological future and exponential technologies, accepting the idea that we live in a real change of paradigm that needs a refocusing and a redefinition of the axioms, this place is definitely the Media Lab of MIT in Boston. The Lab was founded and directed for years by the visionary Nicholas Negroponte, author of a fundamental volume to understand digital culture, Being Digital (Sperling & Kupfler), that treated information technology as the language of the present (and of the future), as a form of thought, one could say as a philosophy of our time.

The management of the Lab after several changes of hands has recently arrived in the capable hands of Joi Ito, a Japanese entrepreneur who combines a spirit of initiative with a rigorous reflection on the themes of technological acceleration.

Now Joi Ito along with Jeff Howe, professor, journalist (Wired), essayist (he is the one who invented the world “crowdsourcing”) give to the press, in Italy too, a really interesting volume entitled “Whiplash: How to Survive Our Faster Future”. As the subtitle suggests, it is a sort of manual, a cultural toolbox to understand the most significant trends of today and some models to deal with them.

The book unfolds with a series of suggestions, shows several examples, reports autobiographical moments; the register often changes from the chronicle to the autobiographical account to the essay. We are talking about a volume that is aimed above all at entrepreneurs and those who have in mind to create a startup and, moreover, for those who want to work in the world of incubators and accelerators. And yet, precisely because of its keen observations on today with a privileged eye towards tomorrow, it is also being used as a philosophical treatise (particular, yes!).

But let us try to enter the living body of this precious volume. From the initial notes we understand the precise desire to continue the particular path and the footprint given by Negroponte: do not bask on ready-made ideas, challenge, foster creativity, think of information technology not as a means for the construction of technological applications but as a real way of thinking and seeing the world. The keywords are innovation and creativity. The authors state:

“Our technologies have developed faster than our ability, as a society, to understand them.”

It is a cognitive deficit that needs to be tackled and resolved through the adoption of completely new learning models and practices. Only with a change of paradigm is a revolution confronted and sustained.

On this the Lab does not transact, it even goes so far as to propose the overcoming of the multidisciplinary approach for the benefit of an antidisciplinary one: “The culture inside it (inside the Lab), more than interdisciplinary, is fiercely ‘anti-disciplinary’: in most of the cases, teachers and students are not limited to collaborating across disciplines, but also exploring the spaces between them and beyond.” The lab, therefore, deals with information technology, communication, philosophy, science, biology and so on trying to reread disciplinary knowledge within new systems. It is a model that Ito has learned to develop in his entrepreneurial experience.

But let’s start observing these models: among the classical, vertical, top and linear systems there is another one: paritetic, horizontal, from the bottom. This is the culture of “outcrop”, which allows the emergence of ideas, even revolutionary ones, that could not show off in the cages of the “authority” model. Likewise, a “push” decision-making model in which decisions are “pushed” by decision-makers, is contrasted by a “pull” that involves “pulling” different resources within the decision-making processes and then using the most functional ones. Also, the third paradigm is consequential to the previous models: the “compasses” beat the “maps”. “The decision to renounce the map in favor of the compass – Ito and Howe explain to us – takes into account the fact that in a world that is increasingly unpredictable and that moves faster and faster, a detailed map could make you end up in the middle of the woods at a cost unnecessarily high. A quality compass, however, will always take you where you need to go. “This means, therefore, the need to beat new and perhaps risky paths. And in fact the “risk” beats the “security” for the two authors. And even the error and failure can be an unexpected engine of useful knowledge to achieve postive results. In any type of business: corporate, academic, research…

And, likewise, “disobedience” beats “conformity”, where disobedience represents the construction of territories unauthorized by a decision-making judge that for the authors has lost its authority. And then: the “practice” beats the “theory”, the “diversity” beats the “capacity”, the “resilience” beats the “force”, the “system” beats the object “.

Through dichotomies, sometimes a bit too simplified, to be honest, but interesting for the clear will to raise new questions and put in crisis the axioms, the authors of “Whiplash”, make us enter the world of Media Lab. It is the story of a change of perspective, accompanied by examples, cases observed, analyzed, sometimes even developed by the Lab itself. In short: a privileged look at a model, we could say, of “practical thinking” from the fundamental cultural impact.

Man is no longer alone on Earth. We are not...