Forecasts from the past: table bugs

Often the thinkers of the past have left to posterity intuitions about our present: some incredibly precise, others completely wrong. In this chapter of the heading "forecasts from the past" we will analyze whether and how insects will become part of our diet. 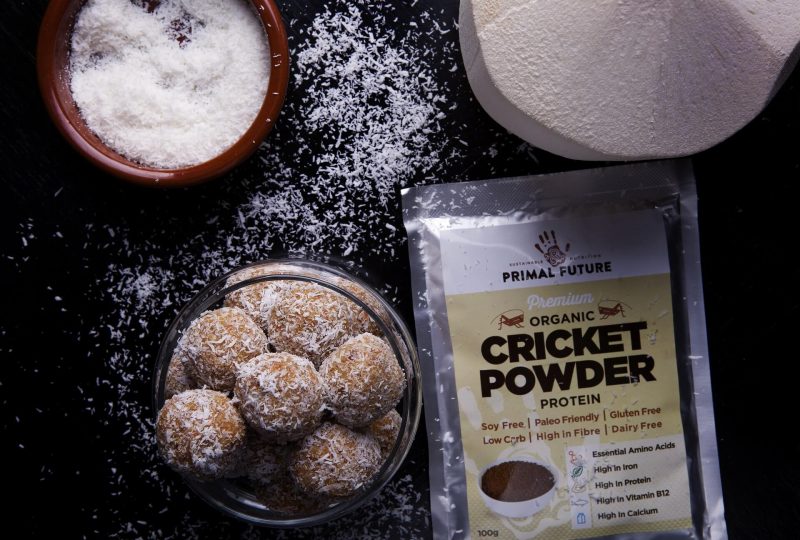 In the ’70s, the world food situation was grim and very discussed. In 1974 the United Nations Food and Agriculture Organization held a meeting in Rome to discuss the problem and the same topic was discussed in the following year at the ANZAAS conference in Canberra.

Victor Benno Meyer-Rochow, a professor in the zoology department of the University of Western Australia, was also among the scholars who dealt with the subject. In his article dated 7 June 1975 he asked: “Can insects help to solve the problem of food shortages in the world? ”

Meyer-Rochow’s prediction. “About 30% of the world population – explains the scholar in the article – are under-nourished and 15% can actually be called starving. There have been many suggestions for increasing world food production and protein production, but on closer inspection, some of these seem feasible for developing countries. Insects are extremely nutritious. They constitute a mix of easily digestible proteins and fats and contain significant amounts of carbohydrates, minerals, and vitamins “.

In 1975, Meyer-Rochow took a position with a forecast of the future: it assumed, in fact, that in 1995 insects would play an important role in global nutrition. The researcher imagined that the most delicious specimens would be caught by hand or collected in the fields, while others could be marketed and then sold cooked and canned, dried or in brine, fresh or as insect flour.

“In any case, – concludes the researcher – I believe that insects could, in the near future, do their share in easing the problem of world protein shortage.” A prediction that has not been revealed completely truthful, in fact, today there are 1,400 species of insects considered edible and almost one hundred countries where they are eaten. In Europe, the issue is still much discussed and in Italy, the law prohibits their sale.

Who eats insects in the world? The practice of eating insects is more common in the tropics where their presence is greater and the harvesting is easier.

When we talk about insects as food, we immediately think of Asian countries like Japan, China, Thailand, and Cambodia but also Africa and South America, Australia and New Zealand. Today these new foods have also arrived in some European countries, entering starred cuisine such as the Noma in Copenhagen, that’s one of the most avant-garde restaurants in recent years in Europe where the Chef René Redzepi rewrites Nordic cuisine.

EU Regulation. On January 1, 2018, a new regulation came into force in Europe allowing the marketing of “novel foods”. The International Platform of Insects for Food and Feed (IPIFF) has published a list of authorized insects indicating no species, it is, in fact, possible to use them only as food for farmed fish and for pets. Some EU Member States market them under the tolerance regime, submitting an application for authorization, to define the conditions guaranteeing safety of use for free circulation on the European market.

In Europe, it is therefore only possible to buy these new foods from abroad, for example through e-commerce.

Many Europeans are still wary of eating larvae, grasshoppers, and beetles, but their nutritional properties are more and more being talked about.

The impact of meat consumption. Insects are rich in many nutrients, in particular proteins and amino acids, minerals and vitamin B: for example, caterpillars contain 280g of protein per 1 kg, 30g more than pork. On-line it is easy to find besides the whole roasted or fried insects also products based on these animals such as biscuits, energy bars or sweets made with their flour. Will we have to wait a few more years to find crickets and grasshoppers with Italian sauce and polenta in Italian tables? Or is it a culture so distant that it will never touch us closely? The spread of insects is favored by the advantages of their breeding compared to the traditional one of sheep, cattle and poultry. Thanks to their small size, they consume fewer resources and produce significantly lower greenhouse gases than cattle. A study by the World Economic Forum shows that switching from beef consumption to that of alternative proteins could reduce the total food-related deaths by 2.4%.

The current nutritional model is not sustainable both at an environmental and demographic level, a food imbalance between the different countries of the world is still present and the need for change is still relevant.

In the Middle Ages, spices entered the Italian culture imported from the East, in the fifteenth century the tomato arrived from America together with the corn with which polenta was made, one of the basic foods of the diet in Northern Italy. In the future, can we ever talk about insects as the basis of the Italian diet?

Forecasts from the past: when Arthur C. Clarke predicted today’s...

Forecasts from the past: extreme free time that has not...

One of the most significant changes in the history of...

AI startup to help teach its tractors how to farm