The summer of the future: how plastic is changing our oceans

Alongside climate change, marine pollution is one of the most serious environmental emergencies of our century: however, there are many initiatives, at national and global level, that are trying to limit the use and misuse of plastic to protect the water. 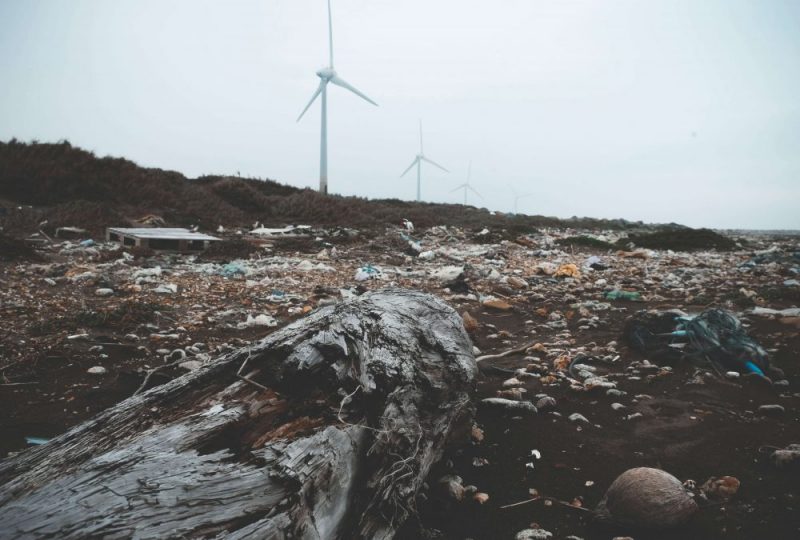 According to a study by Legambiente, on our beaches there are four pieces of waste for each step we take: if you have always associated with the summer the image of immaculate sand and crystal clear waters, maybe you should review your expectations. And plastic that reconfirms itself as the undisputed queen among the most popular materials, with a percentage of 80%. A fact that might not be surprising if you think that a study published by Science Advance has estimated that humanity has produced 8 billion and 300 million tons of plastic since its invention, in the Fifties. Sixty years of continuous production, but also of an incorrect use of the material: of the amount of plastic produced during these years, in fact, 2 billion tons are still in use, while 6.3 billion tons have already become waste, according to researchers from the University of Georgia, the University of California and the Santa Barbara and Sea Education Association. And of these, only a small portion was recycled (about 9%), while 12% was incinerated and, unfortunately, up to 79% ended up in the terrestrial and marine environment.

Since last May, the European Commission has been doing some damage control: to face the constant increase in plastic waste in the oceans and seas, a law was proposed to stop the production, by 2021, of the 10 single-use plastic products considered most polluting. In the spotlight ended dishes, glasses, straws and many other items that, together with plastic fishing equipment, make up for the 70% of marine waste. “Plastic is an extraordinary material, but we need to use it more responsibly.” – Vice President responsible for employment, growth, investment and competitiveness in the EU Jyrki Katainen explained – “Disposable plastic products are not a smart choice neither from an economic nor from an environmental point of view, and the proposals presented today will help businesses and consumers to prefer sustainable alternatives.”

According to data from the European Commission, the proposal will avoid up to 22 billion euros of environmental damage by 2030 and will save a total of 6.5 billion euros to European citizens. The law in question must first be approved by the European Parliament and by the governments of the individual states in the upcoming elections, scheduled for May 2019.

In Italy, however, there are those who have already collected the suggestion and are trying to set a good example.

The mayor of the Tremiti Islands, Antonio Fentini, has already taken position against marine littering, i.e. the dispersion of waste that pollutes the sea. Since May 1, he has banned the use and the sale of non-biodegradable plastic containers: “We are seeing our sea killed day by day by man and his waste, and we had to do something immediately”, explained the mayor, who decided to intervene after the publication of a study by the National Research Council of Genoa in collaboration with Greenpeace Italy which indicates the Tremiti as one of the areas with the highest concentration of microplastics.

And is ready to face the emergency also the Lazio Region, which recently signed a protocol with Arpa and Corepla for the recovery and recycling of plastics in the sea. “80% of waste in the sea is plastic. Fortunately in the world there are already many reactions of associations and institutions that have opened a front on this issue, we would like to be the first Italian region that, in the positive sense of the term, institutionalizes a permanent form of reaction to a very serious phenomenon based on the idea of making a team”, explained Nicola Zingaretti, president of the Region. The project will have a duration of one year and will be active throughout the regional coast: in addition to the verification and measurement of the quantities and types of waste recovered, the protocol will allow the collection of waste by the fishing operators themselves.

The environmental association Legambiente has also supported this initiative, and it recalls how the problem of marine pollution closely affects Italy: “The Mediterranean Sea, one of the richest biodiversity areas in the world, is in fact among the six areas with the greatest accumulation of floating waste of the planet with obvious risks to the environment, health and the economy. And what we see floating on the surface of the sea and on the beaches is, unfortunately, only the tip of the iceberg of a much more complex problem. In fact, there are 8 million tons of waste that end up every year in the seas and oceans of the world. It’s the equivalent of about a truck a minute, and of these, at least 70% sinks”.

Legambiente also recalls that the marine litter has dramatic consequences not only for the environment in which we live, but also for the living beings that live in contact with the marine ecosystem: the ingestion of plastic waste has been documented in over 180 species marine. According to a study commissioned by Arcadis from the European Union, the marine litter costs Europe 478 million euros a year only for the tourism and fishing sectors, while to clean all European beaches the estimated cost is around 412 million euros.

Precisely with the intent to actively combat marine pollution, Rossella Muroni, environmentalist and deputy of the party Liberi and Uguali, former national president of Legambiente, has filed a bill to allow ships to collect marine litter (the Act 691): the proposal also aims to declare plastics abandoned at sea a “marine solid waste” to facilitate their disposal. “But to really win this battle is not enough just to collect what ends up on beaches and backdrops, we must prevent the formation of waste, recycle better and more, build good practices.” – explained Muroni – “We need an alliance between politics, good administrators, virtuous companies, knowledgeable citizens and associations”.