The climate does not “change”, it is an emergency. We need to update the language

The narrative of global warming does not reflect reality: too passive and delicate, it absolves us of our responsibilities. The media must run for cover: the Guardian began by proposing a new and more direct way to speak clearly about the environment 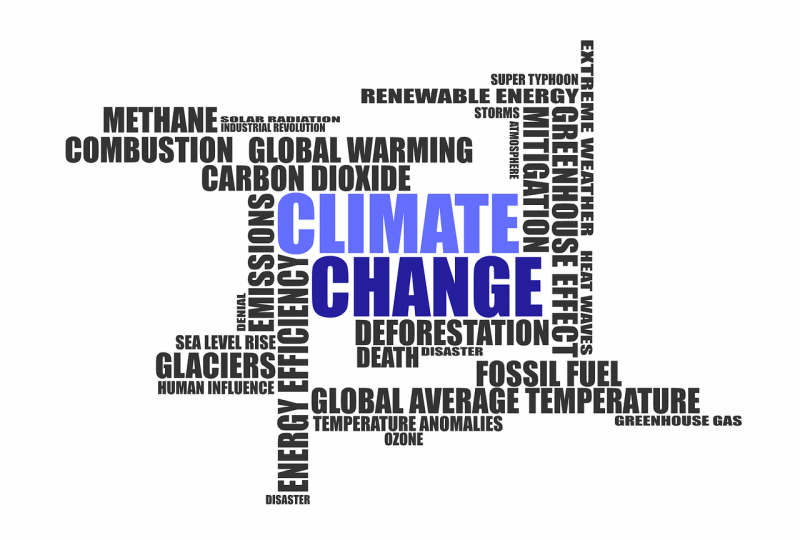 We say to call a spade a spade: a golden rule that the media does not always apply. And that today has to face a new test with the narration of the climate emergency. The English newspaper The Guardian started by announcing (and immediately putting into practice) some important news in its guidelines for the “articles” on the environment: they are a proposal and not yet mandatory. An idea that has put aside Brexit and complaints about Game of Thrones to update the tones and terms and engage the readers. Let’s look at some examples.

Linguistic change. The concept of “climate change”, which in time has lost its impact, no longer sounds serious enough. Therefore “crisis” or emergency will be written. The newspaper agrees with Greta Thunberg: “Behave as you would in a crisis as if your home were on fire. Because it is “. “Global warming” from now on will be “Global heating”: while the first makes us believe that the climate changes for reasons independent of our behavior, the second shows the gesture of turning the knob on the boiler. In Italian, we say “riscaldare” for both terms, but we must reiterate that the emergency depends on us.

In short, let’s end it with the half words and half-truths, the heritage of a political language, guilty and symbol of discussions that don’t go anywhere. To avoid nuisances and confrontations, one looks for the most tenuous, blunt formula that is acceptable to all interlocutors. Yes, sometimes diplomacy is overrated: there is a need to overturn the courtesy table and put it down hard so that responsibility takes the place of the alibi.

With the environmental crisis, we have reached this point. The climate conference of Katowice COP 24, with its substantial failure (“we agree on disagreement”), confirmed that the time of the games is over. While some governments are pushing for more incisive interventions to contain and reduce CO2 emissions, there are others that would be available to do something (as long as it is free) and those who don’t want to hear anything about it. But this dialogue between deaf, mute and blind will lead us to a crash.

In practice: get off from the tram of good manners to travel with numbers and facts. But explained, detailed and communicated with clear and honest words, as well as understandable. Without those photoshop tricks that make the emergency less… traumatic, less – there it is – emergency. A task for which politics is incapable. And indeed it is up to the media (newspapers, TV, social media) to raise the awareness that we need to secure the planet.

Not only climate. The Guardian also moves in other areas: it will use “wildlife” instead of “biodiversity” that few know how to understand, and “fish populations” instead of “fish reserves” as if the ocean were our fridge. Thus informed people will be able to influence general choices. And let’s stop defining as “skeptical” those who say that since the weather was cold in May, it’s fine: we will write “climate science deniers”. It is not yet a crime… but even the flat-earthers and those who take on odd theories are warned. And to make it clear that “every day counts”, the magazine recently added global carbon dioxide performance to the weather forecast page.

“We want to be scientifically accurate, but also to communicate clearly to the readers what we are discussing. – told Katharine Viner, director of the Guardian. – The expression” climate change “sounds too passive and delicate, while scientists speak of a catastrophe for humanity. International agencies also change the terminology and use stronger language to describe a situation that the UN secretary has called “a direct threat to existence”. People need to remember that the climate crisis must be addressed immediately and not left to our descendants”. The future is now.