The summer of the future: the consequences of climate change for our planet

The heat wave that has struck Europe in the past few weeks is the symptom of a much larger problem, which involves the internal globe. What are the irreversible effects that global warming will have on planet Earth? 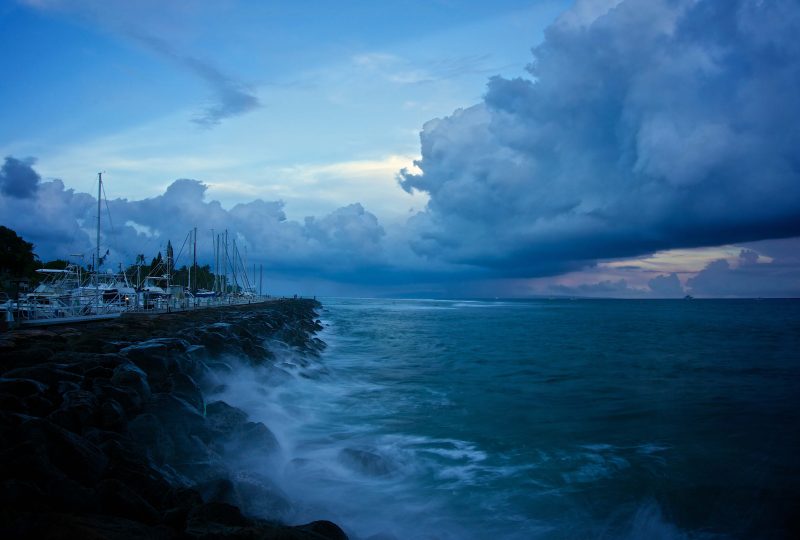 For many, the summer of 2018 seems more and more a modern version of the biblical plagues. And in particular for the inhabitants of Northern Europe, which in recent weeks have suffered temperatures once unthinkable for the Nordic countries. A study conducted by researchers at the University of Oxford and the World Weather Attribution network showed that in July Norway, Sweden and Finland reached record temperatures, with some cities close to the Arctic Circle that saw thermostats overcome for the first time 30° C. In Sweden, in particular, the exceptional heat and drought have caused over 80 spontaneous fires that have put the entire country in difficulty, unaccustomed to facing similar emergencies. Another evidence of the consequences of global warming in the country, after the country’s highest peak, the Kebnekaise mountain, no longer was in first place when, a few weeks ago, its glacier tip melted.

And even the majestic Dachstein Glacier, in Austria, seems destined to endure a similar end: “The glacier is melting so fast you can see it with your naked eyes”, the meteorologist Klaus Reingruber told journalists. In Switzerland the heat warmed the Rhine’s water up until 27.6° C, limit temperature that has decreed the death of over a ton of fish. Meanwhile, the Swiss army is gearing up to bring water supplies to cows in mountain pastures, which risk dying from the drought that hit the area.

Even if it is Northern Europe where the climate is warming faster than global average, southernmost regions are not spared: Spain and Portugal have seen temperatures peaking at 40° C in the last few weeks.

“In the past, we had this kind of heat wave once every 10 years, and now we have them every two years or something like that” – said François-Marie Bréon, a climatologist and deputy director of the Laboratory of Climate and Environmental Science, a research institute affiliated with France’s National Center for Scientific Research – “That’s really the sign of climate change: we have heat waves that aren’t necessarily more intense but that are more and more frequent”.

Temperatures that used to be seen as outliers – like those in the summer of 2003 when at least 70.000 people died across Europe – will become the “norm for summer after 2060”, said Jean Jouzel, who was vice chairman of the Intergovernmental Panel on Climate Change in 2007 when it won the Nobel Prize. “This really is to enter into another world”. Mr Jouzel said. “This is a world that Wester World isn’t used to. For western Europe this is truly a major change of climate if we don’t fight efficiently against global warming”.

But what will be the consequences of higher and higher temperatures for the Earth? David Wallace-Wells, a New York Magazine journalist, analyzed the most important scientific research on climate change to find out. In his extensive article, he examines various aspects of it, from the consequences on food and water reserves, pollution levels and groundwater conditions.

One of the Paris climate agreement’s goals is to maintain the temperature of the Earth’s surface within +2° C, considered by experts as the limit beyond which there will be a catastrophe: the melting of the ice at the poles and an increase in waters that will make many coastal areas uninhabitable and cause millions of displaced people. The United Nations, however, have predicted that at the current rates of carbon dioxide production resulting from human activity, the temperature could reach +4° C within the next century. Even more pessimistic predictions establish that the temperature could actually reach +8° C compared to the average. According to the researchers, many damages caused by global pollution are unavoidable at this point; but if we intervene quickly and with incisive and globally shared measures there is the possibility to avert the most devastating ones.

A large part of human food consumption is based on cereal crops. As temperatures rise, it is estimated that cereal fields would produce up to 15-17% less than they currently do. With a growing world population, a lower production of cereals is an immense problem: both from the food consumption and the economic point of view.

Drought too could have increasingly catastrophic consequences: according to some forecasts, by 2080 southern Europe, Iraq, Syria and much of the Middle East could be affected by almost constant drought, and something very similar could happen in Australia, Africa and South America.

The amount of carbon dioxide we breathe is constantly increasing, especially in the most urbanized areas: today the average is 400 parts per million, but by the end of the century it could reach up to 1,000 parts per million. According to experts, such a high concentration could lead to a significant decline in cognitive skills, which would decrease by almost a fifth compared to today. The increase in ozone and other pollutants in the air, then, will have a direct impact on the life expectancy of most of the population. It is estimated that by 2090 approximately 2 billion people will breathe air well above the safety limits set by the World Health Organization (WHO).

This increase in emissions will have important consequences for Earth’s waters too: at best, the level of the oceans will rise by 1.2 meters, but according to some, it could reach up to 3 meters within the next century. This, of course, will seriously endanger the lives of the over 600 million people that are estimated to live along the coasts worldwide. Not only that: currently more than a third of the carbon dioxide present on the Earth is reabsorbed by the oceans, but the constant increase of this substance, in the air and consequently also in the water, causes a phenomenon called “acidification of the oceans”. The consequences of this phenomenon are not yet clear, but for researchers it will have an impact on the life of aquatic flora.

A disaster we’ve created ourselves

Wallace-Wells concludes his article by saying that according to many in the scientific community, the effects of global warming will be really evident only when it will be too late. The goals set by the Paris agreement we are supposed to achieve by 2050, if cautious, are still quite difficult to reach under current conditions. The emissions of carbon dioxide will have to fall by half every ten years for the next thirty years, while those produced by deforestation and farms will have to reach zero as soon as possible. Plants and oceans will no longer be enough to absorb excess CO2 and we will therefore have to find a way to actively remove it from the atmosphere. Now we’ve found a way to engineer our own doomsday, and surely we will find a way to engineer our way out of it, one way or another., writes Wallace-Wells. “When we do truly see the world we’ve made, we will also find a way to make it livable. The alternative is simply unimaginable”.