The Moon: the new (old) beginning of spatial exploration

After more than 40 years since the last moon landing, NASA returns to believe and invest in the lunar missions: our satellite will be fundamental for the space exploration of the future 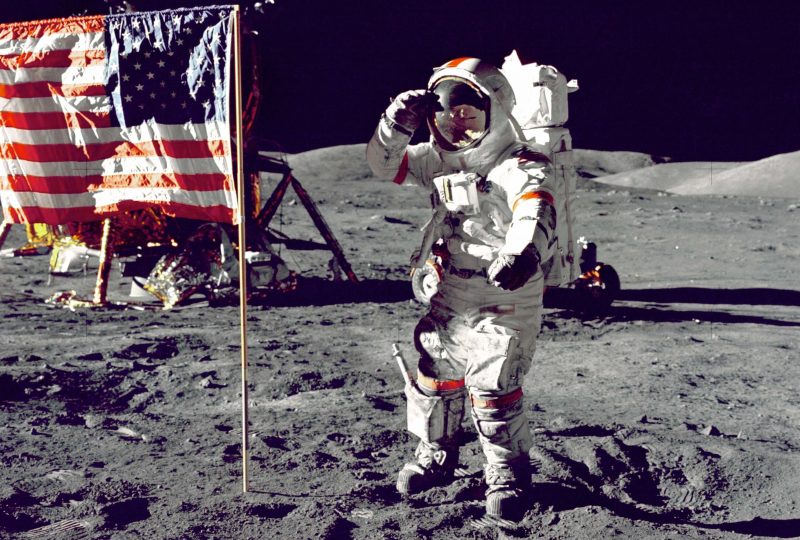 It was December 14, 1972 when Eugene Cernan, a name that today only reminiscent of true lovers of space, walked on the moon during the Apollo 17 mission. Since then, no human being has ever set foot on the lunar ground and the interest of the agencies space to our satellite and gradually diminished. Until the last years. The Moon, in fact, will be fundamental for the space explorations of the future.

The NASA project. Last week NASA officially presented its project, in the presence of the vice president of the United States and head of the reborn National Space Council, Mike Pence. The plans are clear and defined: to bring the man back to the Moon by 2026 and, above all, to build a permanent orbital station, the Lunar Orbital Platform Gateway, which will play a fundamental role in the space missions of the future. The recent discoveries on our satellite, which highlighted the presence of ice at the poles, confirm the need to explore the Moon more thoroughly, of which we know the equatorial band above all. A complete perspective is therefore lacking, fundamental in order to plan future lunar colonies or to design permanent space bases. The presentation of the orbital station, would also allow the use of the lunar soil to test equipment and technologies that the NASA will use in subsequent space missions, more complex and long. Finally, on the Gateway, there will not be a permanent crew, contrary to what happens in the International Space Station, but it will be able to host astronauts for scientific projects lasting up to 90 days. “This Gateway – continues Hady – is one of the examples of international collaboration. It will be an important point of reference for future space missions, primarily for the exploration of the Moon, but also for all the others: it will be a real spaceport, the starting point for journeys to other celestial bodies, including Mars. In addition, the Gateway will become a research centre for the study of asteroids and the materials that compose them: some of the substances that extracted, in fact, are a source of fuel for spacecraft and it would be important to be able to use these resources for interplanetary travel, without having to send supplies from the Earth. A really big savings “.

The project need great economic investments. There are still many pieces left to make this project materialize. The feasibility of the project revolves around the creation of the launcher Space Launch System, SLS, the most powerful ever created, able to carry in orbit a weight far greater than that required by current means. After a first unmanned launch, scheduled for 2020, the NASA will install astronaut transport capsules. In addition, the space agency will have to build the component that powers the Gateway and allows it to move to different orbits, the Power and Propulsion Element, PPE, and study the best way to allow spacecraft to dock on the lunar orbital station. “The reasons for the setback of the lunar missions in recent years – explains Hady – are economic and political. As for NASA, decisions on the funds to be allocated to space missions are taken by the political class, also because of the consensus of the population. The latest Apollo missions, for example, no longer aroused the same enthusiasm among American citizens and was one of the causes of the closure of the program. Finally, for the economic sustainability of the project, the role of the private space industry will also be fundamental “.

Does the goal remain Mars? The final goal remains Mars. Several members of the American space agency have declared it, not too veiled. The journey and the landing on the Red Planet, however, perhaps turned out to be more complex than expected. It seems difficult to hypothesize the arrival of the man on Mars before 2030, contrary to what said by Elon Musk, and it is not possible to think of a failure. The “flashback” between NASA and the Moon always find its fundamental precisely in this dual aspect: bring real results in a short time, for the joy and personal satisfaction of President Trump, and prepare better the space missions of the future.

The goal, however, remains Mars and several members of the American space agency declared it. “In the short to medium term, let’s say by 2040, – concludes Hady – according to the Global Exploration Road Map, the objective is Mars. This does not mean “only” the ability to reach the Red Planet, but also to establish a colony. If you can go to Mars, with the same technology you can aspire to reach other planets and move in space as more simplicity than today. This would certainly be a key moment in the history of humanity “.

The “flashback” between NASA and the Moon, therefore, seems to find its fundamental in this double aspect: to bring concrete results in a short time, for the joy and personal satisfaction of President Trump but also of the citizens who finance the programs space through taxes, and better prepare the space missions of the future.

Summer of the future: space tourism is getting closer and...

Russia and USA will co-operate on building first space station...

Moon’s first space station: Russia and USA have agreed to...

Man among the stars: 57 years of space missions

The “International Day of Human Space Flight” is celebrated every...