The US basketball season started, with big stars and, above all, great technological innovations. 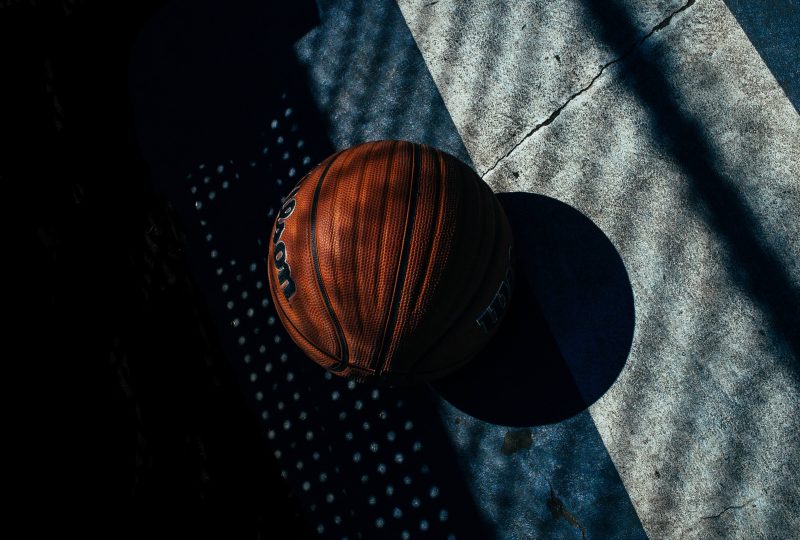 NBA and innovation. Basketball has always been one of the most advanced sports in terms of innovation and use of technology. Suffice it to say that it was one of the first disciplines to introduce the instant replay, or the ability for referees to review actions directly on the sideline, well before other sports where this feature is still widely used as rugby or, for last, football. In NBA, to give an example, the referees go to review the action at the table of commentators, making the game one of the most spectacularized championships among all sports.

The NBA, to the delight of all American basketball’s fans, began a few weeks ago. Among this year’s new features there is the installation, in each of the NBA arenas, with a not so small investment, of the SportVU system, a complex of six cameras able to track and analyze every single shot and every single action.

The SportVU cameras, developed by the US STATS, the world leader in sports technology, take 25 frames per second and send it all to special data analysis programs. The SportVU player tracking system provides a continuous stream of statistics, “Ours is a Data-driven League”, said NBA executive vice president of media operations and technology Steve Hellmuth, in a press release announcing the partnership with STATS; and it’s really true. In this case we are well beyond the bibs equipped with GPS that provide the technical staff with the heart rate of the athletes, but we are facing an innovation that can change the way in which the data are used, not only in basketball but also in other sports, to monitor player performance.

The strength of numbers. Considering the data, every single gesture that is carried out in the field can be analyzed by new points of view. Take, for example, the three-point shot, which has now become a real weapon rather than a simple skill. The name of Stephen Curry, a star of the Golden State Warriors who in the last NBA has made, on average, 4.2 nets from three to one on 9.8 attempts, will sound familiar even to the most profane. An excellent medium, for what may be considered the Curry trademark and on which the player has built an important part of his personal successes (he was elected best player of the league for two seasons in a row, in 2015 and 2016). Attempts to shoot from the three points line, in general, have increased significantly in recent seasons. This technical gesture, in practice, has stopped being an attempt, perhaps “desperate”, and has increasingly become a way of playing. Thanks, also, to the application of the statistics. You don’t need to try, you know that specific player every certain number of shots makes a net. With the certainty of the numbers the game of the whole team would also revolve around the possibility of shooting from afar, and not only to the collective game and the movements experienced in training. This, to say that applying the data to sports, even the sports themselves undergo a change in their interpretation.

The way to play, to train, to study opponents to prepare the games will be more and more directed and reinforced by technological support, both in terms of collection and processing of numbers. At this point it is necessary to make a consideration on what can be the role of artificial intelligence. Will we have, in the future, an already “packaged” work that will substitute the work of the coaches and their staff? Who can say, of course is that it is not difficult to imagine that the artificial intelligence, crossing the numbers of a player in career or season or even in real time, can predict how much the player himself will react to a fake or will pass into a direction rather than another. So that, while you are preparing to face an opponent, you will have a greater certainty about his way of playing. Science fiction? Obviously it is not something that it isn’t already happening today, but it doesn’t even seem just a remote possibility.

A viewer for free shots. That sports are increasingly driven by technology and that they are directed to the development of specific innovations for those sports is not a mystery. Talking about basketball, some players also train using virtual reality. Of course, this is not an absolute novelty: even in Formula 1 it has been practiced for years, first with the simulator and then on the track, but in this case, it is a bit different. Virtual reality allows the player to identify with the technical gesture, allowing him to contextualize as well as to train the movement. The best-known case is that of Ian Mahinmi of Washington Wizards, who in the 2016/17 season practiced his foul shots with a visor. His accuracy, in the weeks when he used virtual reality, increased of 30% compared to his career average.

For the moment, these are isolated cases: not all sports use technology in the same way and some federations, as well as players and coaches, remain skeptical. It is true, however, that even the use of video to help the referee in football until some time ago was unthinkable. So, why not imagine a future, maybe not even too far, in which all the players train with the viewer? Especially in a competition like the NBA, where the time to train during the season, between games, physical recovery and travel, is very little.