From the search for the missing in the high mountains to a virtual ski instructor, here's how new technologies help insiders and mountains lovers 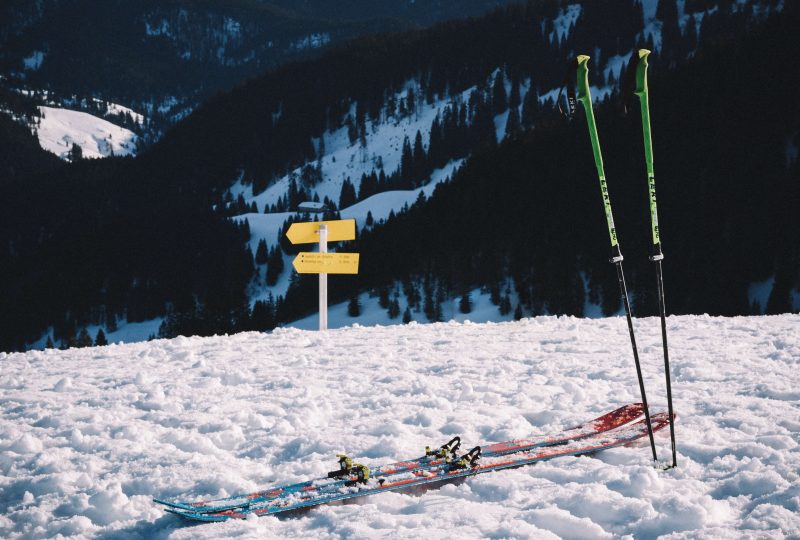 Being monitored while skiing is definitely a way to limit and stem any type of risk, both for professionals and for snow lovers. While being controlled is fine, being “persecuted” and even threatened, as happened to Marcel Hirscher in Madonna di Campiglio in 2015, not so much. The Austrian champion, twice Olympic gold (giant slalom and combined at Pyeongchang 2018), during the World Cup giant slalom competition in Italy three years ago, in fact, risked being hit by a television drone that was shooting and crashed right during his descent.

Beyond the bad experienced of Hirscher, it must be said that technology is often used to improve the safety level of mountain lovers or to make their experience on the snow more fun and “informative”.

Technology at the service of security. The experience at high altitude can be wonderful but we must never forget the risks involved. The data for 2017 in Italy tell us there has been a strong surge compared to the previous year as regards deaths in rough environments (+20%, for an absolute value of 485 people who lost their lives). There are also many stories with a happy ending, with over 8,800 people rescued and saved thanks to the use of precautions but also applied technology.

An example of this technology is that of the Swedish company Recco, that produces tools used to search for missing people in the mountains. They are just small wearable devices, or wearable in accessories such as helmets, belts, boots or other type of protections. In essence, researchers cover the research area with the possibility of identifying the disparate significantly greater. The sensors are passive, they do not need batteries or even maintenance, let alone be turned on or off, and are able to reflect the signal of a harmonic radar that can detect its presence within a radius of 200 meters. But above all, the Recco reflectors have a minimal impact on the price of accessories, with an increase in the final cost of around 5%. [VIDEO]

The same Swedish company also markets the Recco Sar system, a variant applied to the “belly” of helicopters that allows a search for the missing in the mountains with an even wider range. In Italy, this technology is used on three helicopters in Aosta and other four in Bolzano.

Skiing with artificial intelligence. Mountain technology can also be useful in a fun situation and not just for emergencies. Even skiing, for example, both as a sport at a competitive level and as a hobby, it is not exempt from the application of new technologies. If until some time ago while you were back on the top with the ski lift, ready to face a new descent, you pulled out the smartphone to check or post on Instagram, today, however, you may have the opportunity to improve your technique thanks to the comments and suggestions by Carv, the virtual ski instructor, equipped with artificial intelligence.

Carv is much more than an app to record speed or distance traveled on skis. It collects and analyzes more than five thousand pieces of information, and all in a very short time: a second and a half, average duration of a curve. Its feedback is very precise, it is able to say the maximum opening of the skis, or the minimum one, or in which exact moment of the descent you have brought the pressure on which point of the skis. Evaluating the swing of the smartphone, Carv will tell you if the position of the bust is correct. Under each foot there are 48 pressure sensors that can detect whether the weight is forward or backward, or how delicately you move from one ski to another. But not only that, a chip under the heel detects the angle, the rhythm or the symmetry of the curves. All this seasoned by live corrections or by a simple “Well done!” directly in your earphones.

Skiing and big data. Carv is not born on the ski slopes, but in the London City. There it was developed by Motion Metrics, a startup dedicated to the application of machine learning and artificial intelligence to the financial sector. The founder, Jamie Grant, while working as an intern for Barclays Capital, tried to use machine learning to optimize the allocation of investment portfolios. Once he came into contact with codes and statistical sciences, he was intrigued by the possibility of using big data to monitor himself while skiing. At that point he met Pruthvikar Reddy, the other creator of Carv, who responded to his announcement. The first prototypes were simple iPhone glued to skis: today Carv is a real virtual ski instructor. Reddy, by the way, had never skied in his life. Who knows if it was precisely this that addressed them towards the final product.

Toward other applications. Carv is undoubtedly an added value for mid-level skiers who want to improve quickly thanks to a system that learns, in turn, just as quickly. But there are many other possible applications of Carv technology: cycling, running, golf, but also the medical field. The sensors have already been used, in the orthopedic field, to collect and obtain objective data in the treatment of scoliosis. Grant compared it to Spotify for the ability to understand and customize the service according to user behavior.