What happens in our brain when we have to make decisions 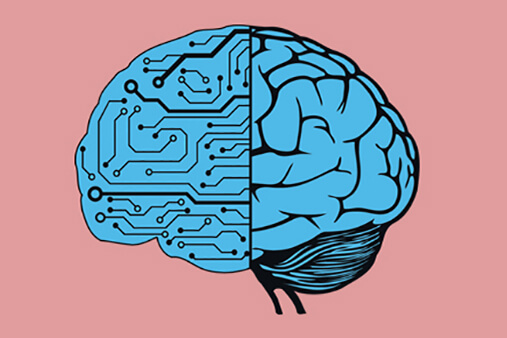 Almost imperceptibly, our brain every day takes many different decisions: but how does the mechanism that governs these choices work? And how is the algorithm created by Alan Turing similar to our brain when it has to make decisions?

November 14th, 1940 is an important date for England’s history: 500 Luftwaffe planes, the air force of Nazi Germany, went as far as Coventry and bombed for 5 hours the capital of the British automobile industry. The ancient buildings of the historic center were literally burned down, causing 176 victims.

Many years later, Captain Winterbotham, officer of the British Royal Air Force, revealed that Churchill (who never confirmed this version) could have avoided that bombing by using a secret weapon discovered by the mathematician Alan Turing, an algorithm able to solve Enigma, a very complex machine, created by the Germans during the World War II, capable of encrypting the messages that the Nazis sent throughout Europe.

But how did Enigma work? Based on a system of cipher disks, the machine encoded the messages and made them unintelligible. When the enemies intercepted, stole or listened to important messages with key information, they could not understand them because they needed a key in order to read them, which was provided by Enigma.

Winterbotham explained that, with the resolution of Enigma the British secret services could have deciphered the bombing in time and prevented it, but this would have made it clear to the Germans that someone had cracked Enigma and would, therefore, have vanished the great British competitive advantage. At this point, Churchill had to decide between two possibilities: avoid a massacre of civilians or keep that card to use it in the future and win the war?

Half a century after the end of the war, many scientists have pointed out that Turing’s algorithm, designed to encode Enigma, functions just like our brain when it has to make decisions.

Whether you are in charge of a government, a footballer or a student, every day you make a lot of decisions, many of which you don’t even realize. But what is going on in our brains when it comes to making a decision?

“Strictly speaking, we do not make decisions, decisions make us”. If you read the book “All the names” by Josè Saramago, Nobel Prize for literature, this quote will not sound new. But if you prefer most contemporary and less demanding book references, I would say that what Albus Dumbledore said to Harry Potter in the J.K. Rowling’s classic might be useful: “It is our choices that show what we truly are, far more than our abilities”.

Whether you are an avid fan of Harry Potter or an aficionado reader of Josè Saramago, you will agree with me that every day, in an almost imperceptible way, we take many decisions based on infinite possibilities: which way to go to work is the fastest? Which package of cookies to choose at the supermarket? Which restaurant for a romantic dinner? Even when we have to grab an object that has been thrown to us, we make a (very quick) decision evaluating whether we have the time to grab that object or move away from it, and if we decide to grab it, we also have to choose the speed with which to move our arm and hand.

Whatever decision we have to make, whether it is a simple choice, like the one regarding the cookies, or a much complicated one, as that of a country’s economic policy, it is possible to outline only marginally the future consequences of what we choose.

As in the case of the Turing machine, our brain uses a mechanism to make decisions based on a real challenge among all the possible options at our disposal, at the end there will be a winner, which will be the solution for our brain. with the highest percentage to get the desired result.

The brain transforms all useful information obtained through the senses into a series of votes in favor of the different options, until it reaches a threshold in which the brain believes that the data in its possession are sufficient in order to make a decision and then see which option has obtained more votes. At this point, a question that almost all researchers and neuroscientists have done is: How does the brain decree when the time has come to choose? How do you know when the required information threshold has been reached?

Our brain performs some incredibly fast and precise calculations, exactly like the Turing algorithm: it ponders the time of each mistake and the time needed to make the decision and, to do so, it combines some neural circuits that process:

If we imagine a game where errors are severely punished, players will raise the amount of data needed before making a decision. On the other hand, if the errors do not cost, the best strategy is to respond quickly to eliminate certain possibilities and therefore the amount of data necessary to make a decision is drastically lowered.

The central point of the whole mechanism that makes decisions is therefore to understand when it is the right time to stop accumulating information. If the number of votes in favor of two or more options is identical, however, a paradox, a competition that never ends, is generated. But don’t worry, years and years of evolution have solved this problem too. In fact, when our brain thinks too much time has passed, it invents a completely random neuronal activity – a bit like throwing a coin – which we often call “sixth sense”.

To estimate that the time necessary to make that decision is actually too much, the brain considers us, our heart beats, anxiety, and breathing. Those who work in marketing know this very well: for example, we watch, buy and walk in a different way depending on the music we listen to, because of the rhythm.

In general, anyone who makes a decision knows a lot more than what they think they know.