Just as Crispr-Cas9 kept many of the promises made years ago, researchers may have found a worthy successor, Crispr-CasX 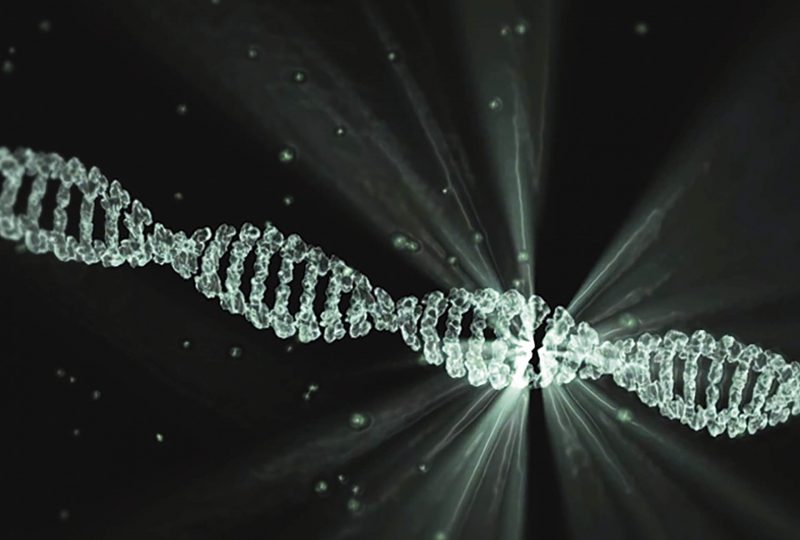 As I told in this Magazine more than a year ago in an article, Crispr-Cas9 is a complex molecule that contains a fundamental component of a protein nature (such as haemoglobin, formed by the heme group and the protein side, globin), the Cas9 protein. This protein has properties similar to those of an immune system, in fact, recognizes specific DNA sequences, binds it and makes a clean cut to elide that specific sequence of bases from the double helix of DNA. Despite the great results achieved in these years of research and experimentation, Crispr Cas9 has shown some limitations. For this reason, the researchers looked for an alternative to Cas9, with the aim of improving the functionality of the Crispr complex, making it safer and less invasive: this is where Crispr-CasX was born, smaller and more powerful than its predecessor was.

The limits of Cas9. Cas9 is one of the first complexes that scientists have characterized, they have managed to work relatively easily in many different types of cells, achieving incredible results, but this system as you may have guessed is not perfect. In addition to an ethical point of view, Crispr-Cas9 has also raised controversy from a practical point of view: many scientists, in fact, argue that the cutting and anchoring of Cas9 can cause many problems to the cell. Someone has stated that this genetic editing system can facilitate the onset of cancer.

How does it cause cancer? When the CRISPR genetic scissors cut the identified genetic sequence, a cellular repair system is activated, as if we had just opened the emergency surgery box. This cassette contains some tools, including the p53 gene, which once activated can perform its function in two ways: it can cancel the genetic modification just generated by Crispr-Cas9 or trigger a series of reactions that bring the modified cell to destruction. Regardless of which of the two paths the p53 gene chooses, it is obvious that its suppression is critical to make Crispr-Cas9 work. Here the known sore: this gene is an important tumour suppressor. Its malfunction exposes the cells to the risk of cancer.

The size is certainly another of the problems highlighted during these years: the complex is too large to move easily within the cell, this could lead to the complex modify unwanted stretches of DNA, thus modifying portions that do not code for no pathology.

Here is the possible solution: Cas X. How do these problems resolve? According to some scientists simply changing protein, we move from Cas9 and CasX. Discovered two years ago by scientists at UC Berkeley, Jill Banfield and Jennifer Doudna, in some of the world’s smallest bacteria, the protein is very similar to Cas9, but smaller. According to a study published in Nature, CasX is, in effect, a powerful and efficient genetic editor in both bacteria and human cells. Its design is similar to Cas9, but it is quite different from looking like it evolved into bacteria independently of other Cas proteins.

CasX can cut double-stranded DNA like Cas9, can bind to DNA to regulate genes and can be directed to specific DNA sequences like other Cas proteins. Moreover, since it comes from bacteria that are not found in humans, the human immune system should accept it more easily than Cas9, this could perhaps partly solve the problem of the p53 gene, which according to many researchers triggers just a so-called “self” immune response

Crispr X is not the only alternative to Cas9. In the previous months, in fact, Cas12 was mentioned, which is a bit smaller than Cas9, moreover, Cas12 allows to modify some parts of DNA in a less invasive and precise way, compared to the scissors cut of Cas9. Then there is another enzyme called Cas13, for example, which instead of cutting DNA, cuts RNA, so that researchers can control gene expression at a different level.

That the complex of the future is made up of Cas9, CasX, cas12 or 13, it is clear that we are not talking anymore about DNA scissors, we are already at the Swiss army knife.

It is not easy to declare for certain who is the scientific father...

Scientists searched the blood of 22 newborns and 12 adults...