Neurosciences in the last 100 years have had an exponential growth. Scientists and researchers, in a short time, have completely overturned certainties and ancient theories. However, the human brain still has many secrets 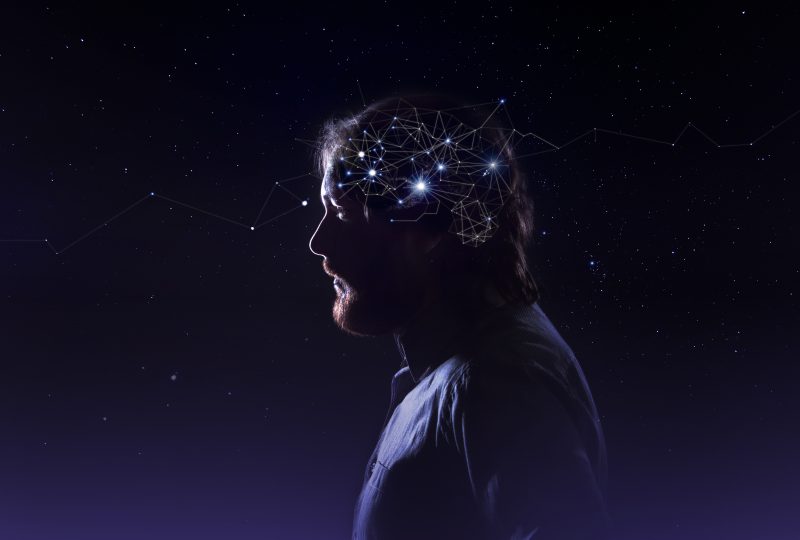 In our Galaxy, the Milky Way, there are about a hundred billion stars. In our brain, we have more or less the same number of neurons, with the difference that all these neurons are connected to each other and cooperate. This should give us an idea of how complex our brains are.
All we know of this organ, or almost, we have discovered about it in the last century. Myths and legends, handed down for thousands of years, have been debunked one after the other. However, the things to know about our brain are still a lot: where will neuroscience lead us?

The brain according to the ancients. The ancient Egyptians thought that the brain was a useless organ and, in fact, they usually threw it away before the embalming of the pharaoh; Aristotle was convinced that the soul has home in the heart and not in the brain, which instead served only to regulate the temperature of the blood. Regardless of the more or less complex theories that man has written throughout history, in the absence of a technology, there was no tangible proof of what was true.
This “ignorant” age lasted thousands of years because the man could not appreciate and examined most of the activities carried out by the brain: for many, therefore, the brain represented an almost useless organ that weighs less than 2kg, representing only 2% of our body weight.

Everything has changed thanks to magnetic resonance. Physics had taught us that radio waves, a type of electromagnetic radiation, were able to cross living tissues without causing any damage. Using the special properties of these waves, we were able to see for the first time what nobody had even imagined, that is, observing the brain while making decisions, feeling sensations or getting excited.
The first thing you notice while doing an MRI is that the machines are very voluminous because inside there are magnets that have the task of creating a magnetic field 50-60 times higher than the one of the Earth. When the magnetic field has turned on (usually the patient lies stretched in the centre), the nuclei of the atoms of our body begin to move in a precise direction, as would a compass needle. A radio pulse then makes these cores move in the opposite direction. Returning to the initial position, the machine recorders a pulsation of secondary radio energy. Then, analysing these very weak signals, we can understand the position and the nature of these atoms. A bit like bats, which use the echo to determine the position of objects, through magnetic resonance we managed for the first time to have clear images of what was happening in the brain.

The different regions of the brain. When they appeared, the magnetic resonance imaging machines were able to show only the physical structure of the brain and its regions. We had to wait until the 90s to see a new technological innovation in this area, functional magnetic resonance imaging, which is able to identify the presence of oxygen in the blood inside the brain.
Brains are like muscles: when they work, they need a steady stream of blood to feed their activity. Fortunately, control of the flow to the brain occurs locally, so if a group of neurons is activated and starts working, then the flow of blood only increases in that region.
Thanks to this new discovery we have highlighted the mechanisms with which the various brain regions cooperate: we have understood, for example, that thoughts are not born in a single brain centre and we have understood many serious pathologies such as Alzheimer’s, Parkinson’s, schizophrenia and many other mental illnesses.

Time and money: the enemies of neuroscience. In the last ten years, we have gone further by creating a technology known as DTI (diffusion tensor images), able to locate water molecules present in our brain, adding further details to scientific studies, without solving one of the big problems of this type of technology: the time.
To trace the movements of water and oxygen inside the blood of our brain, it takes at least a second, a seemingly short period, at least for us. Unfortunately, this is not the case for neurons, which communicate with very fast electrical impulses and so we are still missing many details of the great design of the human brain. Another big problem is certainly the high cost of these tools: a machine for an MRI costs at least one million euro but, as we have seen with many other technologies, the price could drop significantly in the future, giving life to new commercial developments. These include the test of truth, already a reality in some courts.

Truth test and Neuromarketing, the new frontiers of neuroscience. According to some studies, through magnetic resonance, we can unveil a lie with 95% accuracy. The idea developed is the following: to say a lie I must know the truth, think of a false truth to tell and compare it with the data in my possession to determine whether it is credible or not. According to some researchers, lying would activate two distinct areas of the brain: one that processes one truth and the other that knows the truth.
Magnetic resonance imaging has also created a new sphere of Marketing, called Neuromarketing. Why try to predict consumer behaviour in front of a certain object or product when you can directly see what is happening in their brain?

The new generations of scientists and researchers will have unprecedented data quality at their disposal and what they will discover could radically change what we have imagined to know about neuroscience for hundreds of years. Will we ever be able to transfer memories from one brain to another or to hack a brain by implanting memories and skills? At the moment it is science fiction, but we have still a lot of things to discover.