Although its name is not known to many, the transistor has revolutionized modern electronics 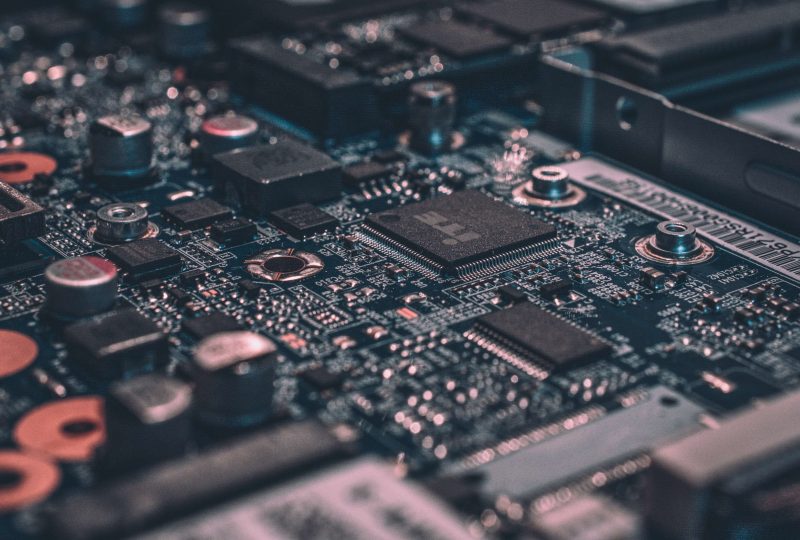 Can we consider the transistor as one of the most influential inventions of the last century? Thinking of our smartphones, laptops, tablets, televisions and any appliance or machine that may come to mind, the answer can only be affirmative. The transistor is one of the inventions that most contributed to the evolution of electronics and even today the research on these components is opening up new technological perspectives.

What specifically is a transistor? It is a signal or current amplifier, but we can also consider it a mere switch. The transistors exploit the physical characteristics of certain semiconductor materials that, if assembled in three layers one on the other, allow the control of the electrical conductivity by means of a voltage applied at two ends.
We could say that a transistor behaves in such a way as to vary the current passing through it as a function of the voltage.

History. Walter Brattain, John Bardeen, and William Shockley, the inventors of the transistor, earned the Nobel Prize for physics in 1956. The three, in fact, discovered the so-called “transistor effect”, obtained by overlapping layers of germanium and silicon between them and making them cross by a current.

It is probable that the three physicists were not yet sure on the potential of the discovery that, at the time, was mainly used in FM radios, but that in the following years radically opened the doors to microelectronics. The spread of this innovation has been so disruptive that, from 1950 to today, we have printed about a sextillion (that is, a one followed by twenty-one zeros) of transistors.

However, to understand the dimension of this numbers, we can compare it to other quantities.
Well, for example, the stars in the Milky Way amount to about 200 billion: so we can say that there are thousand times more transistors on planet Earth than stars in the Milky Way. Another analogy: in the human body are estimated about 100 trillion cells, a one followed by fourteen zeros: a number much lower than the sextillion of transistors mentioned above.

From the radio to the smartphones. Just 10 years after the discovery of the transistors, Gordon Moore, American computer scientist and entrepreneur, has hypothesized that the processing capacity of these components could have doubled every eighteen months. This consideration passed to history as Moore’s first law, proved to be correct: from the famous radio to the first integrated circuits, passing through the logic gates (which we can define as the operations of the binary system), the evolution was very fast.

In addition, in 1970 Intel produced, thanks to new production technologies such as lithography, the first processor and the first integrated memory whose base of processing and storage of data were precisely the silicon transistors. However, the level of integration and miniaturization of these components has grown over the years and manufacturing processes have accelerated further thanks to ion implantation.

That is not all. Thanks to the evolution of the production systems of these elements, the constant researches and experiments in this field, today we have models of “tri-gate” transistors or 3D transistors that allow having smaller dimensions and, at the same time, reducing the energy absorption and consequently the power consumed by each element.

Are superconductors the future of the transistors? If until today we have thought of transistors as silicon-based elements, today it is possible to take a step forward thanks to the use of superconductors, materials that cannot dissipate energy as their resistance to the passage of charge becomes practically nil when operating in specific temperature conditions.

This technological direction will make it possible to produce transistors by means of Aluminum and Titanium, materials that are naturally rich, low-cost and entirely metallic.

At this point, a question arises that I believe is licit: does the evolution of transistors have a limit? Will we arrive at a point beyond which it will be impossible to go?