Superconductivity is the future

From the electrical network to mobility and electronics, there are many applications of these materials, on which the CERN is concentrating resources and energies. 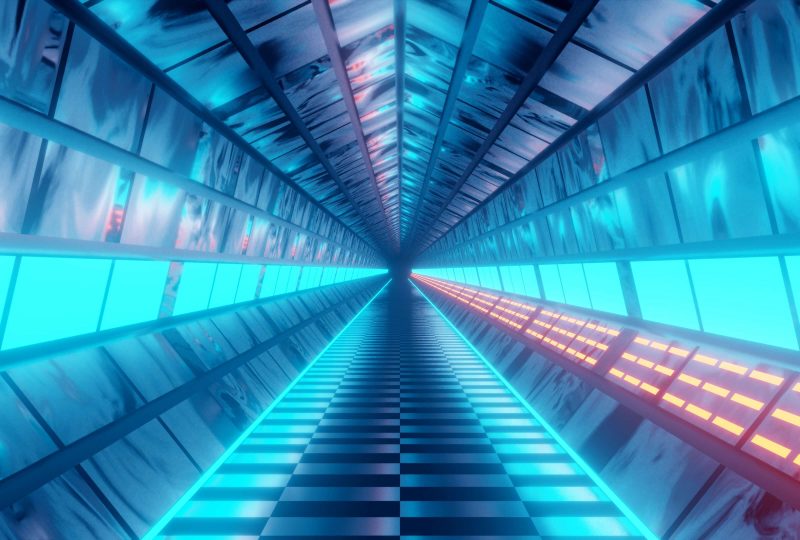 Imagine a train that travels 500 kilometers per hour without touching the ground. Or a rechargeable battery that can accumulate energy and free it at high speed to give power to areas affected by natural disasters. It is not science fiction, but it is not so far from being reality too and (almost) all credit goes to superconductors. Yes, because these materials could grow exponentially in diffusion and application in the coming years and they could revolutionize different sectors of the market.

We decided to ask a few questions about this topic to Mattia Ortino, nuclear engineer, PhD student in Physics and researcher, who is responsible for studying these materials at the Technische Universität Wien, as part of an EASITrain MSCA project financed with European funds. Mattia is one of the 15 young researchers selected for this network, and he works closely with researchers from all over the world, also dealing with scientific dissemination.

Mattia, what is your job exactly?
I deal with basic research on superconducting materials, which become an integral part of the cables used to make magnets, motors, machines that store energy (power supplies) and other technologies already present on the market, more or less known. In particular, I work on the characterization of the materials at the beginning of the development process of a technology. Therefore, my project does not envisage the manufacture but the characterization of these samples, both from a superconductive and a microstructural point of view. In particluar, I try to understand what governs current transport phenomena and magnetic fields, with the aim of improving them: my study focuses on two materials (Nb3Sn & MgB2), with the aim of reaching standards that will be fundamental for a future project at CERN, the “FCC – Future Circular Collider”.
Working at CERN, which has been a leader in the production and financing of the studies on superconductivity for more than 30 years, is very challenging and at the same time stimulating: precise targets are imposed on us, we work in an international context, we have to provide very precise reports and publish all the results achieved.

Let’s take a step back. What is a superconductor?
The superconductors are a fascinating discovery of “modern” physics: they were discovered when it became possible to liquefy the helium, around at the beginning of the 20th century. These materials allow, once cooled (that is when they reach the so-called “critical temperature”) to conduct energy without the typical resistance of the traditional conductors. Things get complicated, therefore, with the achievement of this temperature, and until the 80s this was only possible through the contact of materials with liquid helium, possible only at very low temperatures: the goal is to make sure that this technology can be used by everyone and not only in extremely special conditions. The Nobel Prize for Physics in 1987, for example, was awarded to Karl Alexander Müller and Georg Bednorz for the discovery of the first HTS – High Temperature Superconductors, which allowed a significant step forward in the technological evolution of superconductors by removing an important part of these limitations.
For this reason, the research is focusing on the identification of materials working at higher temperatures and that can therefore be cooled differently, through, for example, liquid nitrogen (as in the case of HTS), which has a higher critical temperature than the helium, it is easier to obtain and has a price per liter lower than milk.
The other big news brought by the superconductors is the magnetic levitation, that is, they expel the external magnetic fields, offering lots of opportunities.

What are these opportunities?
For example, magnetic levitation transport systems: a magnetic field is imposed and, thanks to the use of superconductors that do not let this magnetic field penetrate, an invisible but very strong force is generated, and it allows levitation, a phenomenon that is truly fascinating and easily demonstrable. Applying all this to transport, therefore, you create a network in which there is no friction between the wheel and the road or between rail and train and, anchoring the vehicle to the route, you can get a fast system that cuts down many costs, from the one of fuel to those related to the wear of the various components.
In Japan and China, magnetic levitation for the railway network has already been extensively tested: the most “advanced” train in the sector has reached 600 km/h. Thanks to this system, trains could even compete with airplanes.

Talking about transport, about an application in the automotive sector, where are we at?
For the automotive market, we will have to wait a little longer because the engineering levels are very complex. A great help, however, as often happens with technological development, could come from the aerospace industry: the investments on technologies based on the superconductors of this sector in the next decade will be fundamental for the outlets in the Robotics and Automotive market.

And about the possibility of storing energy?
The potential uses are concrete. There are two technologies currently on the crest of the wave and that is pushed by the scientific community and companies in the sector: Flywheels with magnetic levitation that create energy from the rotation and keep it, without ever touching the ground so as not to lose energy or suffer friction and release it when needed. The other is SMES, Superconducting Magnetic Energy Storage, of large coils kept at “working” temperature, which is filled with energy that remains stored inside to be used when needed, with a higher release and emission speed than to that of traditional energy. This could be useful both in the case of emergencies, with areas that remain isolated from the electricity grid for longer or shorter periods, but also for the large data centres of the tech giants, who cannot afford drops or absence of energy.
This sector, that of UPS – Uninterruptible Power Supplies, has a great market potential.

What are the advantages for the environment?
The impact is more than significant. In today’s scenario, in which developing countries like India, China and Brazil are expecting an exponentially growing energy consumption over the next two decades, superconductors can play an important role.
With the superconductors there is less loss of line that occurs from the point where the energy is produced to that in which it is used: there is always, in fact, a very high current leakage and this theme is not just about the environment but also efficiency.
Moreover, if we think of the spread of an electric network based on a superconducting power grid, we delete from the surface high voltage cables and transformers, moving everything underground: a solution that has already been successfully tested in Germany.

What is research focused on today and what is missing for a widespread diffusion?
On the one hand, there is the search for new materials, which can be as high performing and accessible as possible. On the other hand, we are trying to engineer and make new products available to consumers, based on technologies that already exist but that have yet to be improved and/or made available.
At this point, in addition to further development, large investors are missing for a superconductor landing on the global and mass market.