Choosing who to treat in emergency situations: an ethical issue

A recent document published by SIARTI for the management of emergencies related to Covid-19 has access to the debate and alarmed the citizens: we have analyzed the situation with the bioethicist Marco Annoni 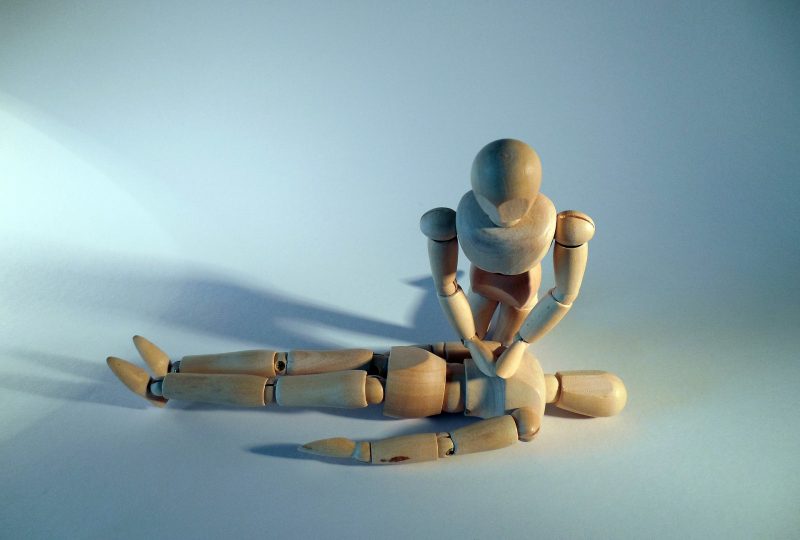 Italy boasts a national, public, accessible and efficient health system, so much to be considered among the firsts in the world rankings. Very often we underestimate its value, accustomed to what we believe to be a minimum standard. Unfortunately, in emergency situations such as the one we are experiencing, however, all the importance of the care and guarantees that our country can offer in this regard emerges.
In the current context, in fact, quite extraordinary, Italy too is facing difficult choices that fortunately we have not been used to having to do for a long time. That’s why the document published by the Italian Society of Anesthesia, Analgesia, Intensive Care and Intensive Care, SIAARTI, dedicated to the procedures for assigning intensive treatments in emergencies, arrived like a bolt from the blue for many Italians and, in addition to alarming, raised a heated debate. In fact, the document establishes a series of guidelines on the choice of patients who are the best candidates for intensive care which, unfortunately, cannot be offered to everyone due to insufficient resources. We tried to clarify with Marco Annoni, bioethicist, responsible for the ethical supervision of the Umberto Veronesi Foundation and researcher at the National Research Council.

How care in emergency situations works. “The Italian context is, at least in part, responsible for the perception of novelty in this situation – Annoni explained -. This is because we have a national health system that pushes us to conceive care as something “due”, with precise and avant-garde structures ready to welcome us in case of need. In other countries, people do not have this same fortune of ours: for them, the most advanced treatments are concentrated only on the occasion of extraordinary situations such as emergencies, epidemics, wars and natural disasters, thanks to international aid “.
In these situations, however, doctors cannot guarantee treatment for all and are used to making choices: they follow the so-called triage, a system used to select the subjects to be treated by assigning them an order of priority based on different indicators. For example, if you are classified as a white code in the emergency room, your case is considered non-urgent and addressed after a red code. But in the event of emergencies or catastrophes, the type of choice is much more difficult and can also affect the patient’s life itself. “On the subject – says Annoni – there is a lot of international literature, detached from current affairs. In this case, the guidelines derive from the so-called “disaster medicine”, those situations in which care must be taken but it is physically impossible to do it simultaneously for all the people who would need it. Think of an earthquake, in which there are thousands of people who need help at the same time, but the number of rescuers, facilities and resources are limited. In these scenarios, a planning of care must be applied, the allocation of scarce resources and time cannot be left to people and their feelings. To establish these guidelines, empirical studies are needed to confirm the effectiveness of one strategy compared to another, but also a moral reflection that suggests, under equal conditions, who to prioritize “.

Italian news and the SIAARTI document. SIAARTI thought about bringing the issue to the front page in Italy, publishing the document “Recommendations of clinical ethics for admission to intensive treatments and for their suspension, in exceptional conditions of imbalance between available resources”.

“This document has created several controversies because, appealing to the literature I referred to above, the company makes 15 recommendations. The most controversial point is that in these recommendations SIAARTI maintains that, in the event of an extreme situation, it may be correct to set age limits in the allocation of available resources. This means that, in the event that the intensive care places are running out, the possibility of treatment to elderly people may be precluded, regardless of the presence of other patients in need of assistance, assuming that another person may soon arrive. to which to allocate the same resources with greater probability of survival. Adopting these directives – continues Annoni – actually means applying a criterion that excludes a certain portion of the population from receiving care, a very difficult decision to make and that must be adequately justified on a bioethical level and according to rigorous criteria for assessing the evidence available scientific “.

We are not yet at this point. The document also caused some concern, given the timing with which it was published. “It is necessary to specify – Annoni underlines – that the recommendations contained in the document are not yet to be applied, we are not yet experiencing a catastrophic condition that forces operators to put these recommendations into practice. The system is struggling but holds up. The document tries to take a step forward and suggest some practices to adopt in case the situation worsens to the point of bringing us to this state. However, there is no obligation and I am convinced that many do not share some passages of the document “.

Therefore, these directives would probably have needed more in-depth reflection and if they had been communicated in a different context, not characterized by anxiety and concern, perhaps they would have been accepted in a different way. “Surely – continues Annoni – the lack of long-term vision represents the real criticality of the current model with which we think about the ethical consequences of technological and scientific innovations. We simply react in an emergency, being politically and socially always attracted to discuss issues that have a very short span of time, we never manage to plan in advance. Furthermore, we do not invest resources and energies in scientific dissemination, to guarantee citizens understanding and awareness and allow them to participate actively in a moral deliberation process of this type. ”

However, there are those who always work and study these issues, regardless of the actuality. “The Veronesi Foundation – Annoni concludes – has an Ethics Committee which periodically produces documents to help clarify the arguments and encourage a better public debate”.

The emergence of the new Coronavirus has confronted us with a health, economic and social challenge, but has also brought to light urgent and relevant ethical problems. But there are many issues in the health sector that we should face in the near future: from the aging of the population to the use of technologies in medicine, up to genetic editing for the treatment or “empowerment” of individuals. These issues, regardless of technical and scientific progress, cannot be separated from a thorough and punctual ethical and moral discussion.