The notifications of social networks are as addictive as opiates, and the number of hours that we spend glued to our smartphones is constantly increasing: should we run for cover? 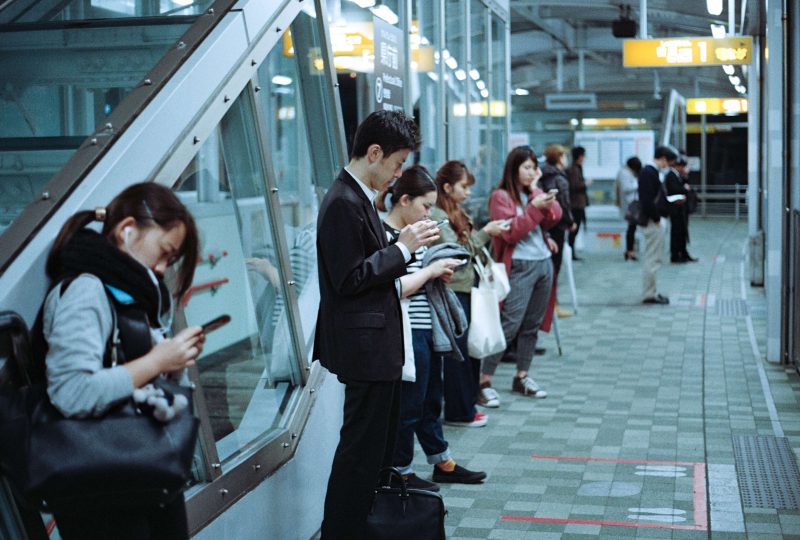 The data tell us that in 2007, in the Western world, a person spent an average of 18 minutes on the phone every day. Today, the hours that we spend with our smartphones in hand are at least 4, a number that increases up to 6 in the case of the younger population.

That technology has improved many aspects of our daily lives is now taken for granted; but what is the price to pay if we cannot give up a single instant of web connection? The use, and abuse, of smartphones, would, in fact, have similar effects to those caused by drugs, such as opiates, as reported by a study published by NeuroRegulation. “The dependence on the use of smartphones begins to form neurological connections in the brain similar to those that develop in people who acquire an addiction to opioid drugs to relieve pain,” said one of the authors of the research, Erik Peper, professor of Health Education at the University of San Francisco.

The mechanisms of addiction. “Even if addictions to drugs affect only a small percentage of the population, we all have the mechanisms of addiction in our brain:” – explained Cristiano Chiamulera, professor of Pharmacology at the University of Verona. – “they are those that act on pleasure, on gratification, because in a certain way we must be dependent on things that guarantee us an evolutionary advantage, such as eating, drinking, creating relationships. The drugs stimulate these mechanisms in an abnormal way, not physiological, and this involves an alteration of the mechanisms: this is where the problem arises.”

Addiction and technology. What, then, is the link with the excessive use of technology? How and why our drift towards an increasingly digital world has become problematic?

“Drugs – continues Chiamulera – are chemicals that in our brain mimic the mechanisms of pleasure. But even other particularly rewarding behaviors can engage these mechanisms by inducing gratifications that may be stronger than those of natural pleasure.

To give you an example, it is quite difficult, walking down the street, to receive an appreciation on your behalf from the people you meet. But on Facebook or Instagram, you can receive a lot of “likes” in just a few minutes: this is a very strong gratification, which increases the levels of the chemicals in our brain that are stimulated with natural pleasure, but they are also those that can be stimulated with drugs. In this sense, between the digital world and the effects of drugs, there is a commonality of mechanisms, of power and of immediacy. One thing you like so much “hooks” your brain into an addiction, to the point where you are no longer free. You are no longer free from a substance, or from likes, to the point that you prefer those one-hundred likes to the caress of another human being.”

To make smartphones and its allies more powerful, social networks, a powerful and dangerous tool is precisely the elimination of the typical time of digital devices: “Social gratification is immediate, it is not demanding, you don’t need to do much to get it.”

Solutions and perspectives. Solutions to the problem, for the time being, are not simple to identify: “The prohibition, in any case, wouldn’t be useful.” – reaffirms Chiamulera – “I want to be optimistic, I believe that society will end up self-regulating, as it has always done in the moment which sees a problem emerge. What is certain is that we need to pay attention because the problem of digital addictions is likely to be greater than that of substances: drug addictions do not involve most of the population, but the data on the hours we spend every day on the phone are worrisome.”