It’s out now the latest book by the psychotherapist Domenico Barrilà: we interviewed him 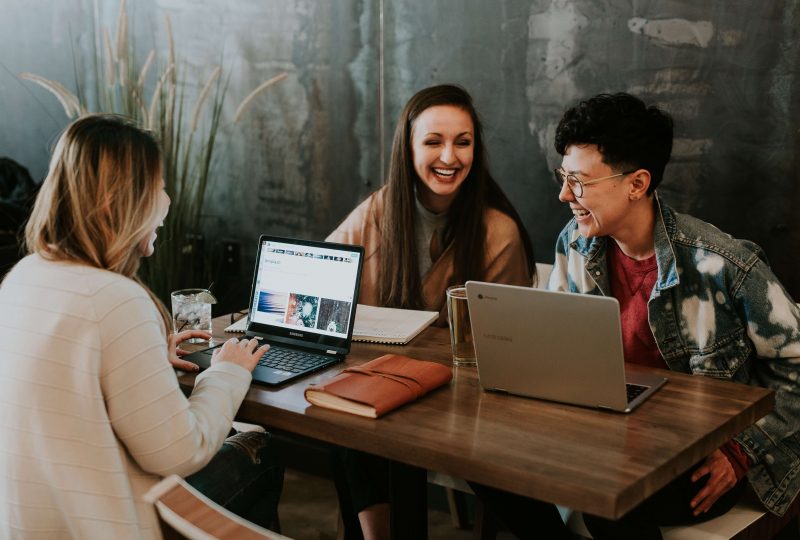 The digital revolution is profoundly changing our society: just think that, according to the Censis Report on the country’s social situation in 2018, 78.4% of Italians use the Internet, 73.8% the smartphones and 72.5% the social networks. But what are the effects of this revolution on the world of education and relationships, especially among young people?

Domenico Barrilà, Adlerian psychotherapist and analyst, who has been involved for decades in the clinical activity accompanied by an editorial production that includes about twenty texts, in his latest book “I superconnessi”, published by Feltrinelli, focuses on “Digital children”, discovering a fragile generation, which today more than ever needs solid adults who do not confuse “information” with “education”. Barrilà addresses the issue of the digital revolution and its effects on educators, parents, children and teenagers. An invitation to measure ourselves against the reflections of the positive and negative changes generated by old and new realities.

Impactscool met the writer for a discussion on the very current topic and debated in each venue with protagonists of all ages.

The digital, and above all the use that our children make of it, is only the last of the “enemies”. What are the others?

One of all, the race towards individualism, the real big fake news of our time, the belief that everyone can save themselves. This degeneration was already underway, new technologies only increased it.

The new technologies for years have been watched absent-mindedly by adults, with laziness, in fact, until the social networks came into play, blasting the desk, evoking that fear that for now seems only to have accelerated the need to “do something”. The idea of entire connected generations, out of control of the adults, is disturbing for those who thought that it was enough to be adults to have the situation in hand. Of course, now you seek help, but the delays are serious, the youngsters have taken unbridgeable advantages. We’ll see if this is bad, I’d wait to say it.

You write that “The certainty is that an instrument always remains an instrument. We must neither accuse nor absolve these instruments, but this is not the point”. So what’s the point?

The point is that we cannot educate objects, move on them the front line is a self-deception that, approximately, produces only a few piles of ash. Nothing useful or substantial. It is necessary that those who hold some educational responsibility resign themselves and bear the thought that there is no technological emergency, if anything there is some rather conspicuous cracks in the ranks of the educational team.

You are absolutely against comparisons, especially those who place the past in competition with the present, but why this need so widespread of comparisons?

In fact, there is no need to separate, we must get used to integrate, we cannot proceed or even progress if we insist on putting everything in opposition, beginning with ethnic and religious affiliations. At the root of the tormented dispute between adults and children, in terms of digital and not only, there is this alleged caesura between before and after, in reality the digital did not arrive like a mushroom in the night, is the consequence of an incessant work in progress, but to adults, who are conservative by definition, the first ever seems to be the earthly paradise. This is how comparisons and, consequently, conflicts arise.

Not everything that is understandable ends up being wise. Another great mistake that the human being often does. How to avoid it?

One of the illusions that helps us come to terms with our diseases is what I would call explanatoryism. One of its extensions is the belief that it is enough to give a name to something to know it. Thus, weighty diagnostic and statistical manuals are created that order the shelves, give names and surnames to each manifestation of the character, without leaving a comma out of place, in the end, however, we are all more alone, because our inner world is unspeakable. The vocabulary of the Italian language contains about 150 thousand entries, our inner world millions, orphans of names impossible to attribute, perhaps even useless because what counts in the end are the “processes”.

Starting from the trivial search for a saucer comes to the consideration that the breed has evolved thanks to the discovery of the advantages inherent in cooperative behavior. How much can the learning of “knowing how to” help?

Whatever history develops within a precise plot, when one stops recognizing oneself in the one to which one belongs one gets lost. The reference to our social nature has become increasingly necessary because many troglodytes make a game forget it. What has been happening for some time in the social and political fabric is the consequence of abandoning this idea, which is not a romanticism, but represents the very reason why we are what we are, that is, a species that has left the caves behind it and constantly improve its level of progress. Teaching the new generations to “reason” means letting children and teenagers understand that in the absence of cooperative impulses, we go back.

When human beings stop looking into each other’s eyes, some mechanisms such as sharing and affection are jammed, but we certainly know that often when something is lost, something else is found. What?

The triad of cooperation, sharing, affection, or the DNA of our species, what makes us so special, comes from billions of factual interaction through millions of years. If we change the way we are together, we will become different creatures, perhaps better but absolutely different.

“The correct use of non-verbal communication is an essential part of social capacity and specific social skills: patients with mental illnesses are usually lacking in this field”. Would this explain the considerable and worrying increase in these diseases?

I would refer to the previous answer, with an addition. I do not have information on the increase in mental illness, but I can say with certainty that today patients have changed, as they say for the seasons, there are no longer patients of the past. Those of today I would define them as “existential”, people who suffer because they are crushed by the lack of meaning.

“The sack of the attention to which we are subjected invoking the complicity of the reward system”, how much is this type of vision worth?

Every virtual event, just like a real event, consumes nervous energy. The energy expenditure we invest to restore the balance after each stimulus is called stress. With new technologies and all the applications they support, starting with social networks, events have multiplied indefinitely, so nervous energy spending has grown accordingly. Maybe we will not get sick, but of course we will be quite tired.

We live in a system that creates two risky solitudes, that of the parents and that of the kids, the prejudice unites the two sides. How to solve this problem of loneliness and prejudices?

In this digitized age, contacts, that is, the names on the agenda, seem to be worth more than relationships. Mutual knowledge is rarefied, so the hypotheses on the other are used, but a hypothesis quickly becomes a prejudice. Education is an experience of proximity, of contact, this, in turn, is an irreplaceable premise. It is up to parents to commit to shorten distances, constantly stimulating in children what I call “nostalgia for reality”.

Technological drunkenness is over, so what would the consequences be?

New awareness, especially that of having exchanged the cause with the effects. The problem is educational, existential, certainly non-technological. “The Superconnected” was written precisely to push this awareness towards practical outcomes.

“The long, patient, expectation of dawn” … is there therefore a hope that from all this comes something really new, valid and productive of mostly beneficial effects?

Without any doubt, the digital revolution is one of the most exciting advances of our species, the other day I was in the car with two forty-year-olds who would have died long ago if they could not enjoy the contribution of new technologies both in the diagnostic phase and in the therapeutic phase. We have just started to run, if we do it thinking we will not be afraid, especially if we keep alive the nostalgia of reality, already recalled.

What does the future of journalism in the digital revolution...

New media are made powerful by social networks and technology.

Africtivistes: the African revolution that starts from the web

Africtivistes, the blogger network presented to the world with a...